Deputy Prime Minister Alexander Novak spoke at SPIEF about the global energy balance, the development of LNG technology and energy price dynamics, and also held a number of bilateral talks. 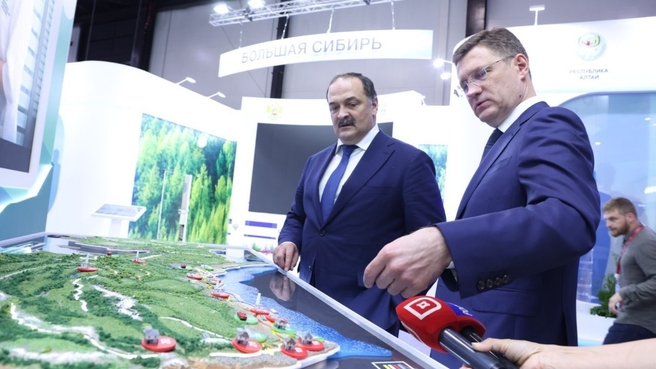 Alexander Novak at the 25th St Petersburg International Economic Forum. Visiting the stand of the Republic of Dagestan. With Acting Governor of Dagestan Sergei Melikov 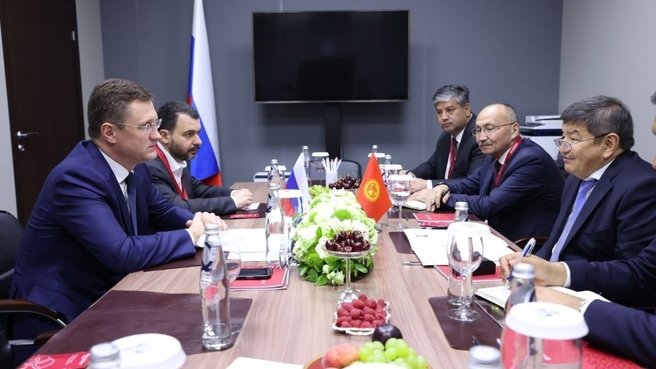 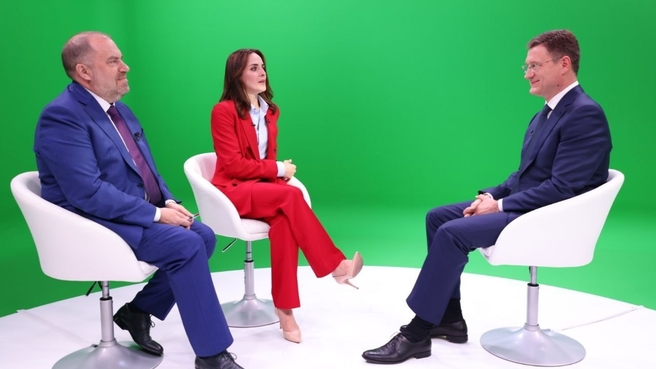 Alexander Novak at the 25th St Petersburg International Economic Forum. Visiting the stand of the Republic of Dagestan. With Acting Governor of Dagestan Sergei Melikov

Deputy Prime Minister Alexander Novak took part in the third day of the 25th St Petersburg International Economic Forum. He held several meetings on the sidelines of the forum, participated in a panel session on the future global energy balance, and spoke about the situation in the oil and gas markets.

Alexander Novak held talks with Prime Minister of the Kyrgyz Republic Akylbek Japarov. On 20 March of this year, the Russian Federation and Kyrgyzstan celebrated the 30th anniversary of diplomatic relations. During the talks, Alexander Novak and Akylbek Japarov discussed the development of bilateral economic ties and the fuel-and-energy sector, in particular, the gas infrastructure construction in the republic. “Russia remains one of Kyrgyzstan’s leading trade partners, accounting for over 30 percent of its foreign trade. In 2021, Russia-Kyrgyzstan trade increased by 46.6 percent to $2.49 billion,” Mr Novak noted. He invited Mr Japarov to take part in the Russia Energy Week International Forum scheduled to take place in Moscow on 12-14 October, 2022.

The Deputy Prime Minister continued to participate in the SPIEF business programme, speaking at the SPIEF session Global Challenges of the Energy Balance-2022. Alexander Novak spoke about the Government’s support for a project to develop several new LNG production technologies. According to the Deputy Prime Minister, the Government is going to earmark subsidies for this project. “This project will enjoy high demand. Today, Russia produces only 30 million tonnes of LNG, but we can reach 100 million tonnes per year in the future,” he said.

During the panel session, the Deputy Prime Minister also discussed balancing the oil and gas market, and the trends in prices for basic energy resources.

In an interview with federal television that followed the sessions, the Deputy Prime Minister noted that, according to forecasts, global demand for energy resources will be fully restored by the end of the year. However, competition for these resources will also grow, he warned. “The situation is complicated; there are tectonic changes unfolding in global markets, largely due to the introduction of unreasonable sanctions. Volatility is increasing, as is competition for energy resources. We expect that in the coming years, demand will grow by another 5 percent from the pre-pandemic level, to 4-5 million barrels per day. But the market has no free capacity right now,” the Deputy Prime Minister emphasised.

In this regard, meeting the domestic market’s needs remains Russia’s priority. “Petrol prices have not increased since the beginning of this year. Production is stabilising, and we have managed to reconfigure logistics chains. Investment is gradually reviving. We have scaled up oil exports by 12 percent compared to last year, and we are determined to ensure production at the level of 500 million tonnes per year,” Alexander Novak said in the interview.

To preserve the global balance and foreign exchange earnings, Russia will continue to gradually divert supplies to the Asia-Pacific markets. This should allow us to reduce the current high discount on Russian oil. “In a situation where we are practically being squeezed out of the European market, we need to secure our place in the fast-growing Asia-Pacific markets. We have built the ESPO (East Siberia-Pacific Ocean) oil pipeline with a capacity of 80 million tonnes, the Power of Siberia gas pipeline, and we are developing new projects now. The share of maritime transport is increasing, and we will need some 200-250 new tankers for this in the future,” he added.

Discussing gas market prospects, Alexander Novak said he believed the natural gas prices will remain high for the next few years. In this situation, Russia’s export revenues are going to increase. “Our pipeline gas shipments have decreased, while we began to supply more LNG to Europe. I do not rule out that with the growth of gas prices, the next autumn and winter period may be challenging in the European market,” the Deputy Prime Minister added.

At the end of his work at the SPIEF, Alexander Novak visited the stand of the Republic of Dagestan, where he attended the presentation of a project to build a national-level children’s vacation centre, Dagestan. The new centre, designed to accommodate 1,260 children, is to be built on the Caspian Sea coast. The tourist potential of the adjacent area, a total of 4,880 hectares, will also be developed.