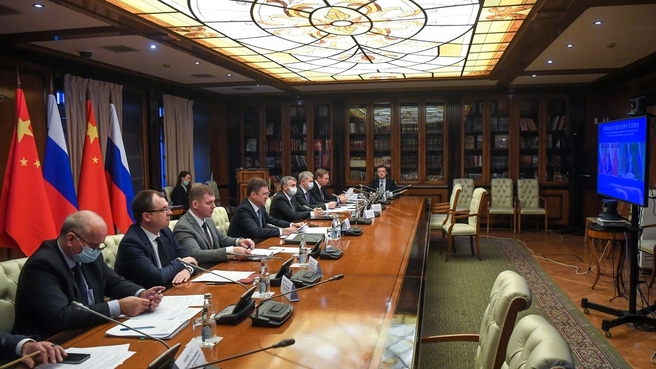 Deputy Prime Minister Alexander Novak and Vice Premier of the State Council of the People's Republic of China Han Zheng co-chaired the 18th meeting of the Russian-Chinese Intergovernmental Commission on Energy Cooperation which took place in the 20th anniversary year of the bilateral Treaty on Neighbourliness, Friendship and Cooperation.

During the meeting, the co-chairs reviewed pressing issues of cooperation in the fuel and energy sector, exchanged proposals to expand it, and identified areas for further interaction, having noted its broad prospects.

Alexander Novak emphasised that the commission continued to play an important role in bilateral cooperation. “The joint efforts ensured steady progress in cooperation in the energy sector which is now at its all-time high,” the Deputy Prime Minister said. “The dialogue is complemented by the well-coordinated activities in diverse formats. Our countries are doing well overcoming the aftereffects of the pandemic and putting cooperation back on the growth trajectory. Last year, bilateral trade amounted to $104 billion.”

At the same time, the fuel and energy complex, which plays the key role in Russia-China cooperation, continues to account for more than a third of bilateral trade, Alexander Novak noted. 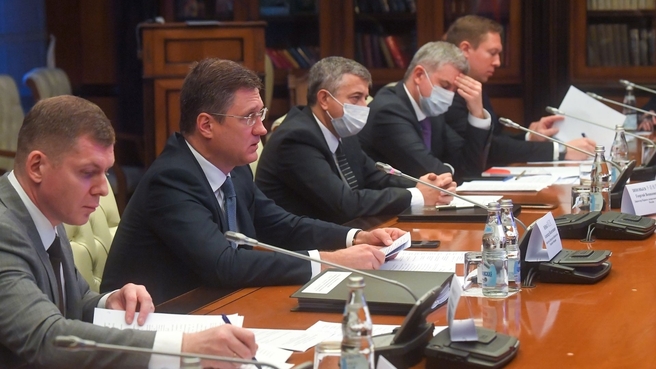 “Progress in our work is encouraging” the Deputy Prime Minister added. “Russia is the leading supplier of crude oil to the PRC with exports standing at 81.7 million tonnes in 2020. This year, natural gas supplies have exceeded 12 billion cubic metres along the eastern route alone. Russia’s leading oil and gas companies are showing interest in expanding relations with China. Major joint oil and gas projects, such as such as Udmurtneft, Yamal LNG and Arctic LNG 2, are underway.”

Thanks to the countries’ joint efforts, 12 billion cubic metres of natural gas have been pumped along the eastern route from Russia to China as of late October, Han Zheng said. “This is indicative of a steady partnership between our countries. Consultations on other projects are underway.”

It was noted that significant potential in the oil and gas sector is concentrated in joint exploration and development of Russian onshore and continental shelf oil and gas reserves, the continuation and expansion of oil transport from Russia to China in 2022 along the Far Eastern routes, natural gas supplies and processing, as well as LNG and production of petrochemical products in eastern Russia. On a separate note, the parties mentioned the successful gradual transition to mutual settlements in national currencies when refuelling aeroplanes at Russian and Chinese airports.

At the same time, the two countries are expanding cooperation in the coal industry and the coal supplies for the Chinese market continue increasing. Despite the negative external environment, in 2020 coal shipments increased to 39.5 million tonnes, that is, by 20.6 percent. We support further increases in coal supplies. With this end in view we will draft new long-term contracts and start jointly developing coal deposits in Russia, including the Zashulanskoye coal deposit in the Trans-Baikal area,” said Alexander Novak.

In discussing the power supply system, the countries agreed to maintain the steady operations of Russia-China cross-border power transmission lines and to develop power engineering. They also supported further cooperation in promoting RES, the hydroelectric power industry and hydrogen energy. They discussed separately the development of China’s nuclear industry with the use of Russian technology, the continued construction of the Tianwan Nuclear Power Plant and the Xudabao Nuclear Power Plant, a fast neutron demonstration reactor. They also emphasised the importance of promoting cooperation on standardisation.

Russian and Chinese representatives also reviewed preparations for a bilateral energy business forum scheduled for November 29 of this year online.