Russia is committed to expanding economic cooperation with China in order to consolidate neighbourly relations and to ensure progress in both countries, the Deputy Prime Minister pointed out. 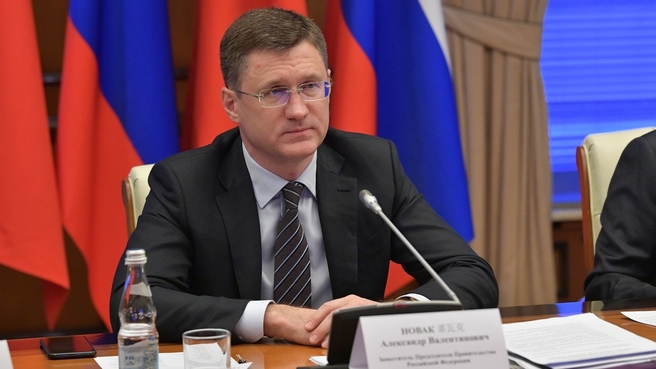 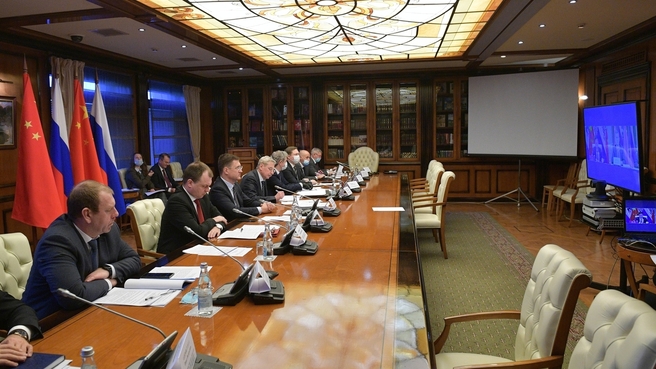 During the online meeting chaired by Deputy Prime Minister Alexander Novak and Vice Premier of the State Council of the People's Republic of China Han Zheng, the parties discussed investment, trade and economic cooperation between the two countries. In particular, they discussed in detail important Russian-Chinese cooperation in the oil and gas industry, power generation, the coal industry and the development of renewable energy sources. They also exchanged views on important matters, shared constructive proposals and identified areas for continued cooperation.

“We are satisfied with the state of Russian-Chinese economic relations and regard them as an example of equal and respectful communication between states with responsible consideration for each other’s business interests,” Alexander Novak said during the meeting.

The Deputy Prime Minister also noted the role of the meetings at the highest level in promoting the two countries’ projects.

“The leaders of our countries have trusting personal and close working relations,” Alexander Novak said. “Last year, the heads of state held three meetings, spoke with each other several times on the sidelines of international forums, and regularly coordinate important items on the bilateral and international agendas over the telephone. I am confident that our countries have a good chance to deal quickly and effectively with the possible aftereffects of the coronavirus pandemic and ensure continued growth in economic cooperation.”

The meeting participants paid special attention to promoting cooperation in the fuel and energy sector, which traditionally plays a major role in economic relations between the two countries. Russia remains the leading supplier of crude oil to the PRC, the Deputy Prime Minister noted.

“In 2019, oil exports to China amounted to about 66 million tonnes, and about 3.5 billion cubic metres of gas have been supplied to China since the Power of Siberia gas pipeline became operational,” he said. “Coal exports are also on the rise: in 2019, coal shipments from Russia to China increased by 19 percent to 32.8 million tonnes, and in the first half of 2020 by 10 percent to 16.25 million tonnes. Electricity exports have stabilised at 3.1 billion kWh.”

Following the meeting, the parties signed the minutes. The deputy prime ministers expressed their satisfaction with the strengthening of Russian-Chinese strategic relations in the energy sector and agreed to contribute to facilitating their expansion.