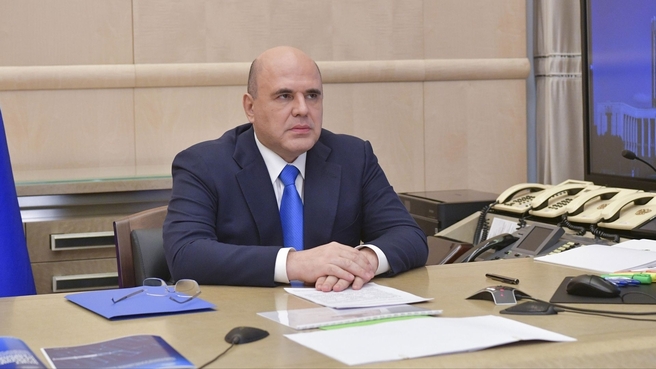 We will start with supporting small and medium-sized businesses. In addition to the approved measures to overcome the impacts of the pandemic, we have other support options such as the concessional loan programme, under which the government helps reduce loan interest rates for companies from the priority sectors. These sectors include the processing industry, agriculture, science, technology, healthcare, education, domestic tourism and consumer services.

The Government plans to allocate another half a billion roubles. A corresponding directive has been issued.

We have noted that entrepreneurs (not only owners of SMEs but also self-employed individuals who pay income tax) are highly interested in this concessional loan programme. A concessional loan provides additional resources for investing, refinancing, and replenishing operating assets.

The programme’s loan portfolio is already over 1 trillion roubles while the total amount of government subsidies, considering the new figure, will be around 40 billion roubles.

Another serious issue in many regions is wildfires. There have been more than a few wildfires this year, partly due to harsh weather conditions. More than 10 million hectares of forestland have been damaged by fire. Safety hazards in some areas caused us to introduce a state of emergency.

The regional authorities used extensive resources from the Defence Ministry, the Emergencies Ministry and the Aerial Forest Protection Service to fight the wildfires. They also hired private helicopters and had to organise additional aerial patrols to ensure timely detection of fire outbreaks. This is a serious and unpredictable burden on the regional budgets.

We have decided to allocate over 1.5 billion roubles to six constituent entities. The funds will go to the republics of Komi and Yakutia, as well as Kamchatka, Chukotka, the Irkutsk Region and the Khanty-Mansi Autonomous Area. We hope these funds will help the regional authorities pay off the debts that have accumulated due to the unforeseen costs of fighting the wildfires.

An important event happened just two days ago. An MS-21-300 medium-range single-aisle aircraft, with wings manufactured with Russian composite materials, had its maiden flight. I would like to congratulate our engineers, designers and developers who contributed to creating this modern aircraft. I am certain that more success is coming.

The Government is highly focused on civil aviation. In the course of our working trips this year, we have visited almost every aircraft manufacturing facility involved in the production of the MS-21. The airlines will start taking delivery of this new-generation medium-range aircraft as soon as next year.

At the President’s instruction, we will allocate over 61 billion roubles for MS-21 research and development projects as well as for the substitution of imported components, production and post-sales maintenance. This money will be provided as part of advance funding to promptly achieve the goals set by the President and to ensure the safety and proper operation of the aircraft and, of course, supplies of components, related parts and units.

All these measures will help ensure a stable workload for domestic production facilities, build a domestic fleet, provide necessary infrastructure and open up new opportunities and prospects for the aircraft industry, including exports.

6 hours ago Mikhail Mishustin’s telephone conversation with Prime Minister of the Republic of Kazakhstan Alikhan Smailov
8 hours ago Alexei Overchuk chairs meeting of Economic Integration Sub-Commission of the Government Commission on Economic Cooperation and Integration The meeting participants reviewed matters of the Russian Federation’s involvement in the Eurasian Economic Union and interaction with the Organisation for Economic Cooperation and Development (OECD).
25 January 2022 Meeting on implementing the initiatives of Russia’s socioeconomic development through to 2030