The discussion focused on the draft of the Eurasian Economic Union’s Customs Code and the regulation of a common pharmaceuticals market.

List of the heads of delegations attending the Eurasian Intergovernmental Council meeting: 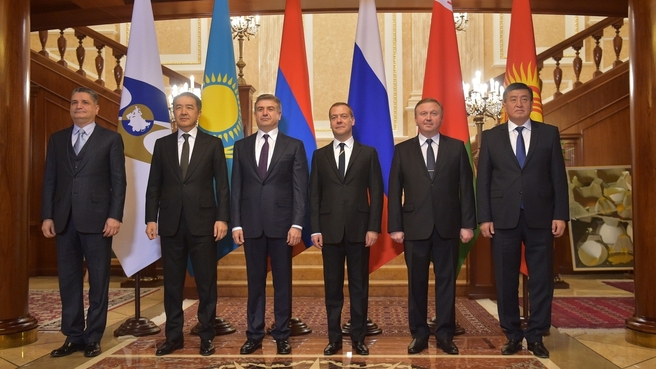 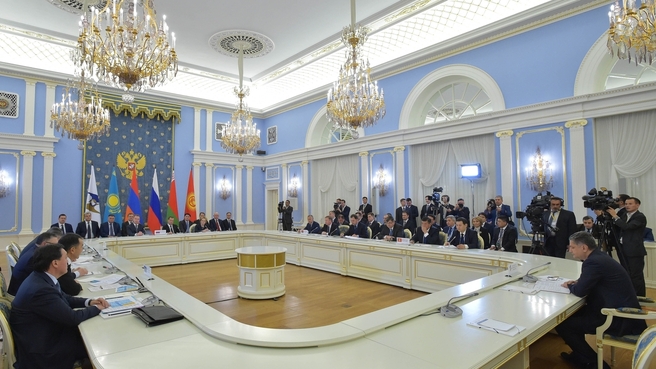 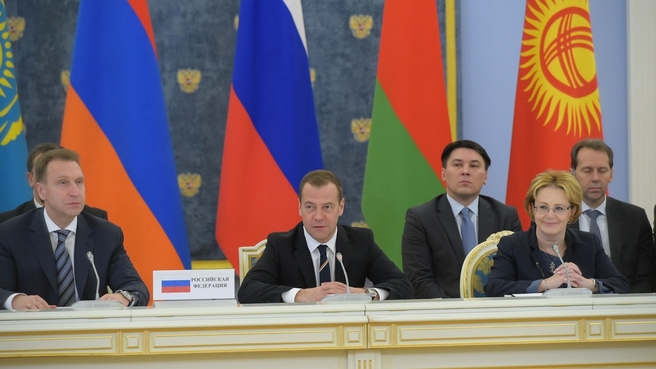 Prime Minister of the Republic of Kyrgyzstan Sooronbay Jeenbekov

We have done a great deal this year to improve our union’s legal framework. We have adopted important documents, such as the Concept for Forming Common Oil and Oil Products Markets and the main goals of the macroeconomic policy of the EAEU members in 2016-2017. By the end of the year we will draft an agreement on a mechanism to ensure the traceability of goods within the EAEU.

We have been working on a draft customs code this year. Its final wording should be submitted to the heads of state for consideration in December.

The new Customs Code will create conditions for transitioning to common customs regulation, which will make economic operation in the EAEU member countries more transparent and effective. This document takes into account the best international practices and the interests of business and also introduces a more convenient algorithm for interaction with government agencies.

At this point we have formulated and formalised common rules of operation [on the medical market], including the mechanisms of mutual recognition and examination of medicines. This will boost this sector, increase employment and simplify our efforts against counterfeit medicines. The ultimate achievement for consumers will be lower prices and higher quality of medicines produced in the EAEU member states.

One of the issues on the agenda of my recent visit to Israel was the creation of a free trade zone [between Israel and] the Eurasian Economic Union. Our Israeli partners expressed readiness to hold consultations with all EAEU countries. A unanimous consent would greatly accelerate the talks. Israel is interested not just in liberalising trade in goods but also in creating special conditions for services and investments, or more precisely, preferential treatment.

Russia has been working on an embracing Eurasian partnership with China. This format offers an opportunity for aligning the EAEU countries and the member states of the Shanghai Cooperation Organisation. We have conducted a joint analysis of the foundations for such partnership. The results of this work have been discussed and approved in principle during my meeting with Premier of the State Council of China Li Keqiang.

Mikhail Mishustin had talks with Prime Minister of the Republic of Kazakhstan Askar Mamin.
20 December 2021 Meeting with deputy prime ministers on current issues