Dmitry Medvedev: “The share of mutual trade is growing and has already reached 14.2 percent of the total. Now the main task is to establish a regulatory foundation and upgrade the contractual basis. A common space without exceptions, barriers and restrictions is indeed a major condition for steady growth.” 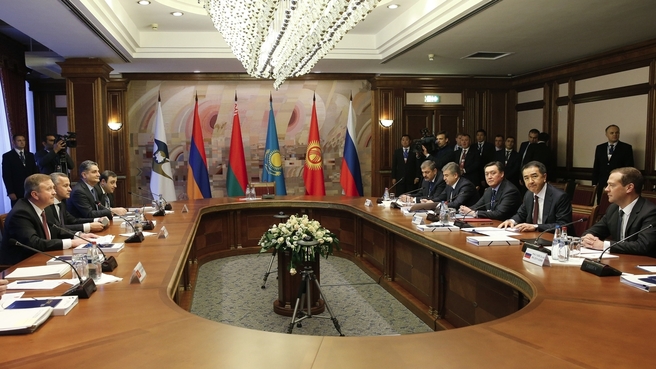 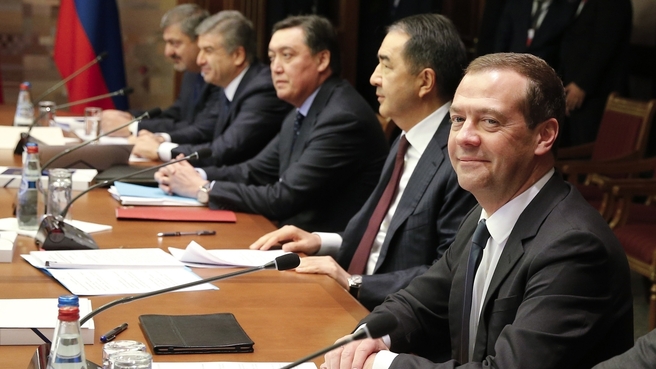 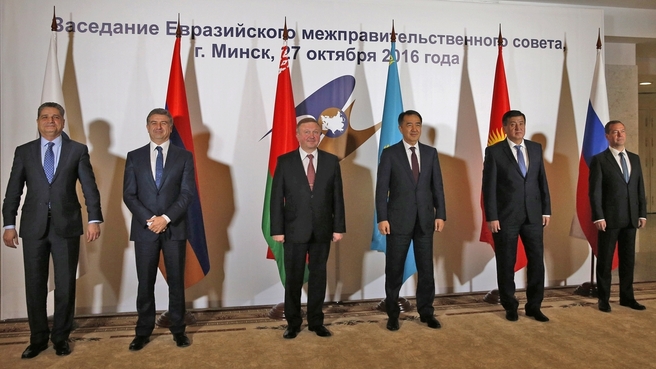 The Eurasian Economic Union is steadily developing. Despite the unfavourable economic conditions, the share of mutual trade within the EAEU is growing and has already reached 14.2 percent of the total (it was about 11 percent just a couple of years ago).

Now the main task is to establish a regulatory foundation, upgrade the contractual basis and get up to speed on drafting second level documents. We must abide by our mutual commitments to form common markets. We will not deviate from this.

It is also essential to remove obstacles to the “four freedoms.” A common space without exceptions, barriers and restrictions is indeed a major condition for steady growth.

The new Customs Code contains the prerequisites for transitioning to uniform customs regulations. Russia believes it should be a full-fledged document of direct action that will not be divided into parts or segmented. It should determine the activities of the Customs Union and the development of our Eurasian Economic Union. The sooner we draft such a unified customs document, the less we will face protectionist aspirations.

After signing an agreement with Vietnam, we started talks with several other states – the People's Republic of China, for instance. We will hold the first round of talks with Israel before the end of the year, and we are launching talks with Serbia and other states.

‒ Directive on the progress in implementing the Eurasian Intergovernmental Council’s directive No. 8 of 20 May 2016 on the traceability assurance measures by Eurasian Economic Union member states.

‒ Decision on enacting anti-dumping measures regarding ferrosilicon manganese originating from Ukraine and imported into the Eurasian Economic Union’s  territory.

‒ Directive on a representative of the Republic of Kazakhstan in the Council of the Eurasian Economic Commission.

‒ Directive on the time and venue for a regular meeting of the Eurasian Intergovernmental Council.