Free trade agreement between the EAEU and the Socialist Republic of Vietnam has been signed, along with a number of other documents. 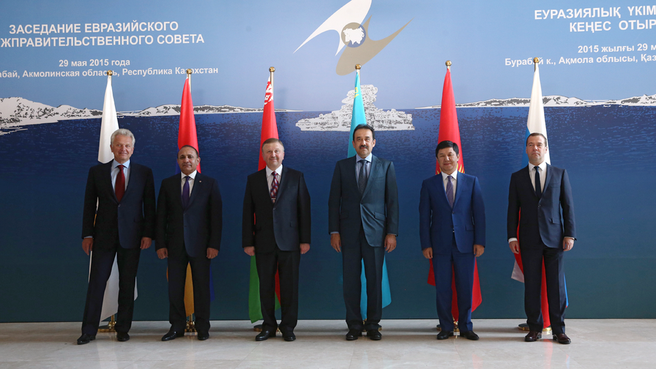 The Eurasian group of five states united by common integration goals was formed after Armenia and Kyrgyzstan joined the Eurasian Economic Union. This is a completely new reality to which we must adapt and learn to take coordinated decisions.

In furtherance of the agreement and before 2015 expires, we will need to approve scores of documents, including the Customs Code and the agreement governing the procedure for signing international treaties. We have already prepared draft policy priorities for the economic development of the union and identified key areas of its international activities. The issue concerns long-term objectives for the period to 2030.

Our starting conditions are anything but simple. We are faced with an unfavourable foreign economic situation and significant fluctuations in currency exchange rates and commodity prices. This affects our mutual trade and investment cooperation. We must address these challenges as part of existing integration mechanisms with due account of the interests of all union members.

We should concentrate our efforts on removing barriers to the free movement of goods, services, capital and labour.

We have already removed some limitations, but there still are issues that we must address. The number of such restrictions will decrease each year, which we can clearly see from the experience of other integration unions, such as the EU.

Measures to support the industries and the banking sector taken at the national level will also affect the integration processes. We believe that, given the current situation, such support measures should not be taken in isolation, but rather in a coordinated manner, so that the financial and economic departments and the central banks of our countries can promptly hold appropriate consultations and, whenever required, take coordinated decisions. 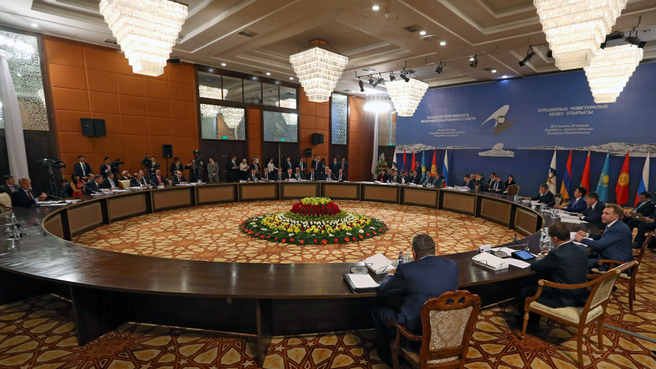 In this format, we could consider the possibility and terms and conditions for forming a monetary union in the long term. We are willing to work on this issue with our other colleagues. This does not mean, of course, that this is our primary goal, but we need to keep this in mind.

We were able to fairly quickly complete talks on a free trade zone with the Socialist Republic of Vietnam. To some extent, this is a breakthrough event, because, in fact, this is our first international preferential agreement with a third party. On the one hand, the third party receives additional opportunities on our markets, and on the other hand, this is truly a major recognition of our efforts to create a full-fledged integration association.

We are holding talks with a number of partners. Officially, over 40 countries and associations expressed their interest in forming certain trade relations of various levels and intensity with the Eurasian Economic Union.

We need to engage in developing advanced technologies. We are launching a special mechanism that will bring together states, our research communities, private investors, and our European and Asian partners in technology development. Seven pilot projects in this area have already been formed. They truly represent the primary trends in the sphere of research and applied high-tech.

This is our second meeting this year, meaning that we’ve made a strong start. From the Russian side, I would like to confirm that, if needed, especially early on in our relations, we should maintain this pace and meet on as-needed basis.

Following the meeting, a free trade agreement between the Eurasian Economic Union and its member states and the Socialist Republic of Vietnam was signed.