Dmitry Medvedev: “Our Union has grown into a modern and efficient integration project that yields tangible results when the economy is on the rise, as well as at times of economic uncertainty. A single market with 180 million consumers is by definition more resilient and has bigger reserves than its constituent economies separately”. 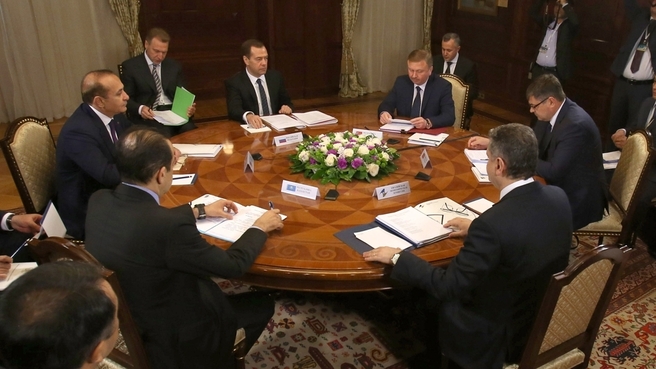 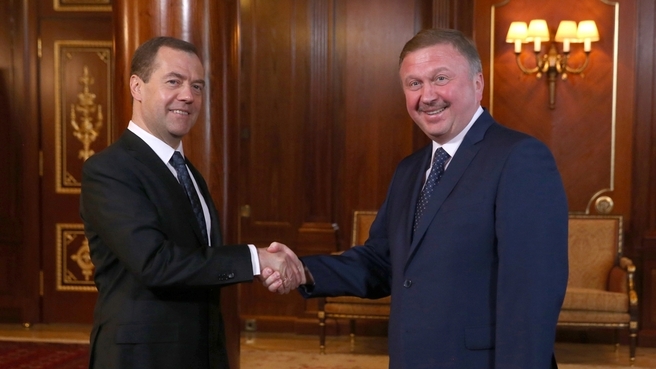 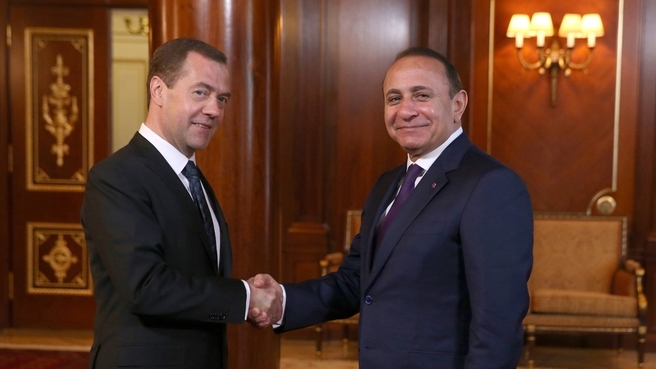 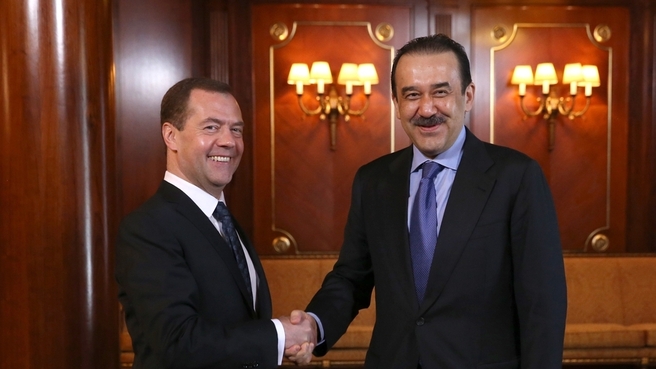 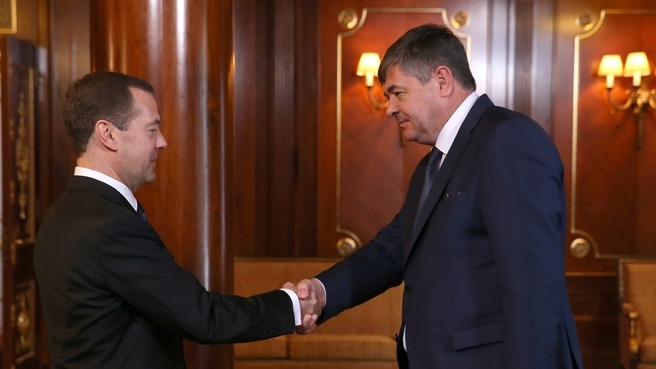 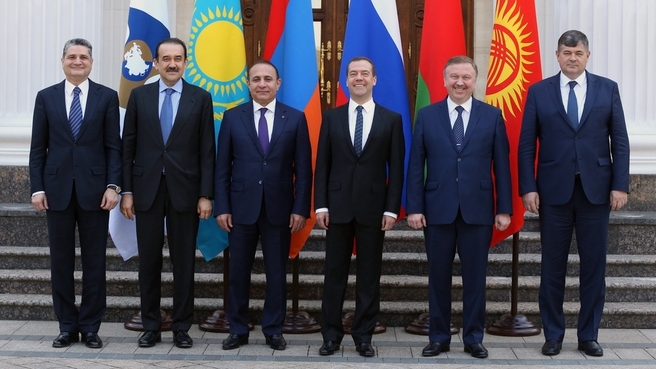 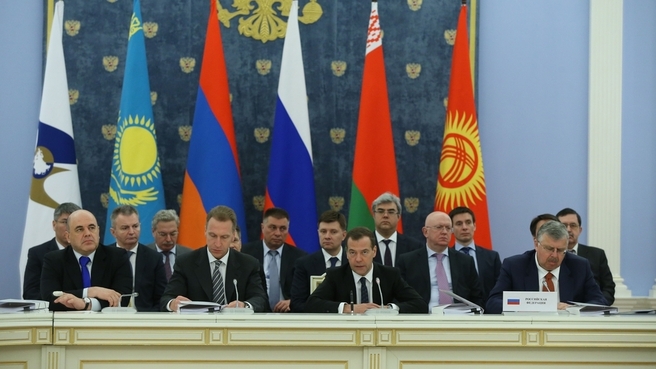 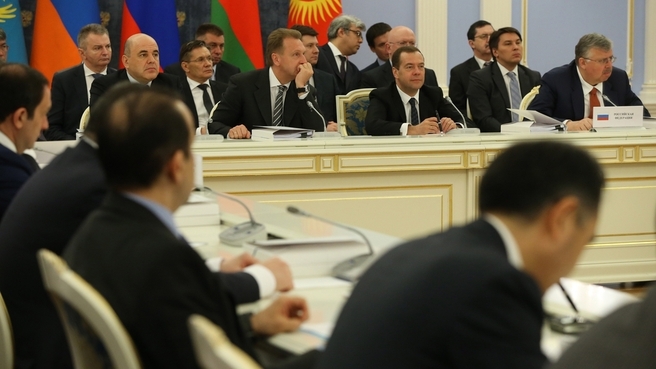 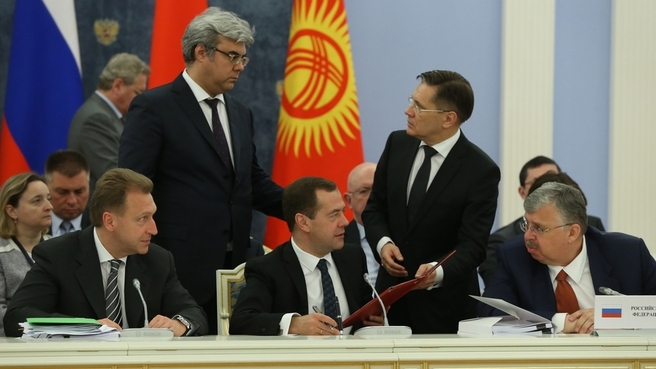 Signing documents adopted during the meeting

Delegation heads attending the meeting of the Eurasian Intergovernmental Council:

Our Union has grown into a modern and efficient integration project that operates on the territory of its member states and yields tangible results when the economy is on the rise, as well as at times of economic uncertainty.

The renewed Board of the Eurasian Economic Commission has been working since February 2016, chaired by Tigran Sargsyan.

Statistics are there to show that the Union helps stabilise the economies of its five member states. A single market with 180 million consumers is by definition more resilient and has bigger reserves than its constituent economies separately.

In 2016, Kazakhstan chairs the Union and its structures. Russia supports the priorities highlighted by Kazakhstan. It is important to focus on improving the contractual and legal framework of Eurasian integration, phasing out exemptions from the four freedoms (free movement of goods, services, capital and workers), and moving on to establish single markets in the key sectors of the economy. In this context, it is essential to draft and adopt a new Union customs code, an agreement on requirements regarding activities on the financial market and a number of other documents.

As for the customs code, we need a document that would be directly applicable, unifying customs clearing procedures on the Union’s external border, making procedures more transparent and predictable. In this context, it is very important to align information systems used by customs services, and accelerate the introduction of product labelling.

China is one of the largest trade and investment partners for EAEU member states. We are looking forward to stepping up cooperation along these lines with a view of creating an even more favourable environment for all those who operate on the Eurasian space, as well as aligning the Eurasian Economic Union project with China’s Silk Road Economic Belt initiative. We should also be mindful of the prospects for cooperation between EAEU and the People’s Republic of China.

Another item on the agenda is prospects for establishing ties between the Eurasian Economic Union and the European Union. We have been receiving signals lately that European partners are increasingly interested in working with us. They were not ready to move in this direction until recently, but now it seems that there are some encouraging signs. We are ready to move in this direction, but only on equal, mutually beneficial terms and taking into account each other’s interests.

The agenda includes: the Federal Targeted Investment Programme; the Customs Service Development Strategy until 2030; subsidies for Russian Railways; the specifics of the financial and economic operation of federal agencies.
21 May 2020 Government meeting

The first issue on the agenda concerns the execution of the federal budget in 2019. The meeting was held via video conference.
1
Show More