Dmitry Medvedev: "Today we need to focus on several areas. First, we need to consolidate the contract base of our union. Second, we need to ensure free movement of goods, services, capital and workforce. Third, we need to establish single markets in the key economic sectors."

List of heads of  delegations at the Eurasian Intergovernmental Council: 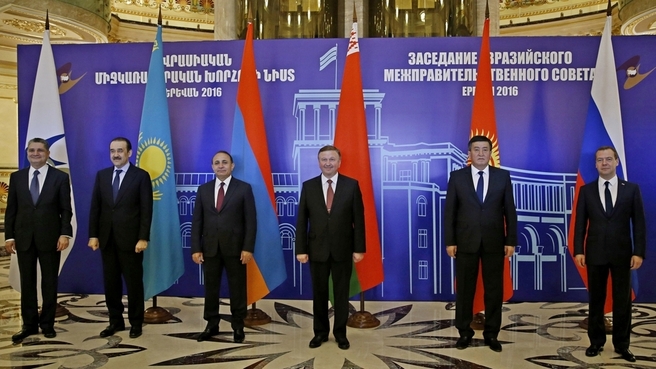 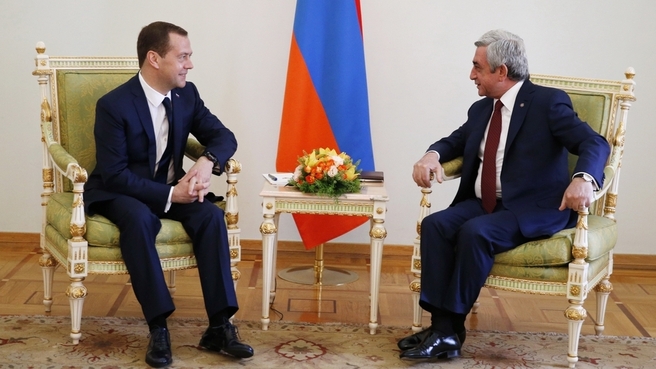 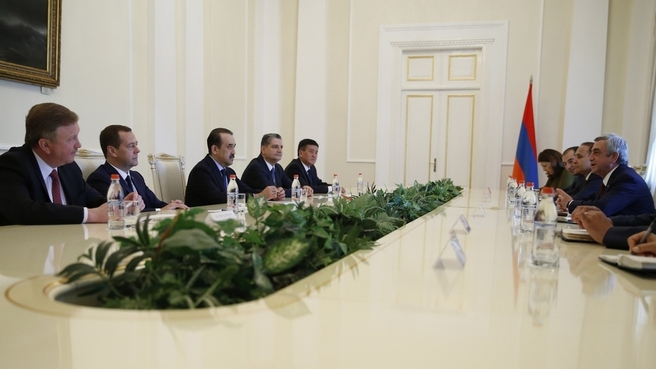 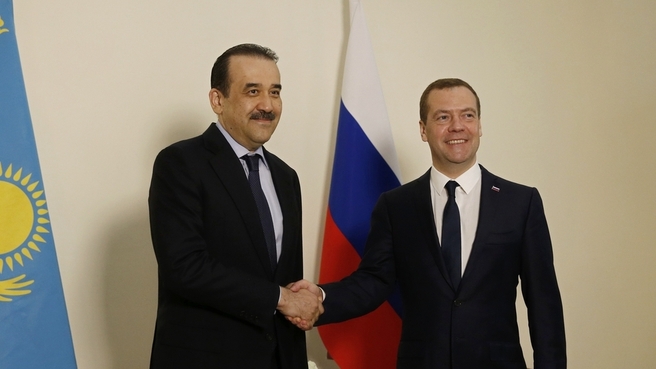 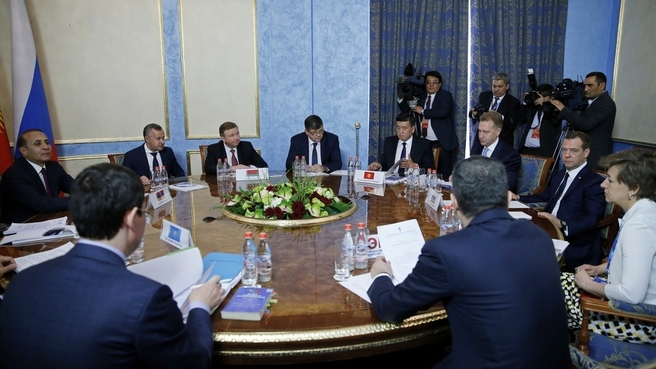 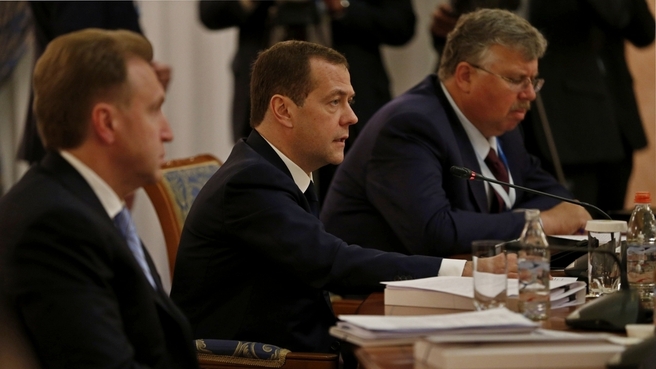 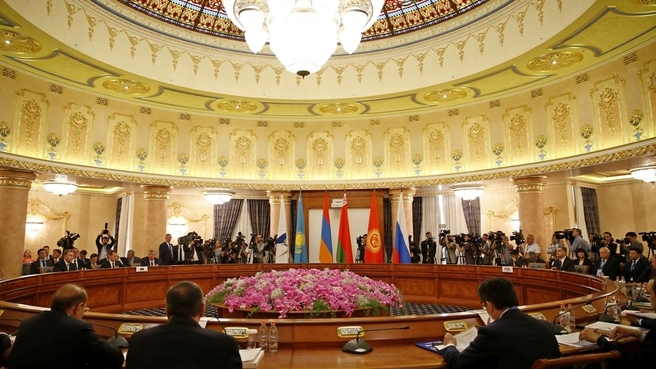 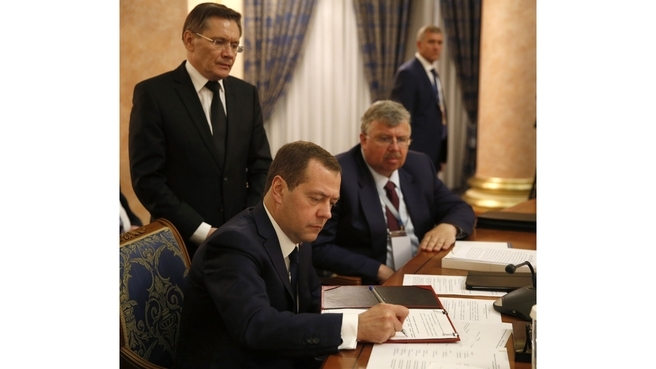 Prime Minister of the Republic of Armenia Ovik Abraamyan

Prime Minister of the Republic of Kazakhstan Karim Massimov

Prime Minister of the Republic of Kyrgyzstan Sooronbai Zheenbekov

Today we need to focus on several areas. First, we need to consolidate the contract basis of our union. Second, we need to fully ensure four freedoms, namely, free movement of goods, services, capital and workforce, and remove remaining barriers, exceptions and restrictions.Third, we need to establish single markets in the key economic sectors.

The adoption of the Customs Code of the Eurasian Economic Union is a goal of paramount importance. The code should unify and simplify customs clearance procedures, make them straightforward and predictable for the business community,and user friendly. Right now, entrepreneurs can take part in the public debate about creating the EurAsEC legal framework. We agreed to give this name to our association based on our track record and on how we made our decisions in this regard.

We will continue to work on the draft concept for forming common oil and oil products markets. We need this document in order to have in place a common market with clear rules and operating guidelines by 2025.

We plan to sign a number of agreements on transporting service and civilian weapons. It is important to unify these regulations so that all those who work in this area can act within a single legal framework.

Building trade relations with our key foreign partners is another important part of our work. This is especially true of China, given its weight in the world, and its relations with the EurAsEC economies. We have agreed on the directives for talks with China. In conjunction with the Chinese, the commission must start negotiations without any delay. In the mid-term, we can greatly expand all forms of cooperation, including investment in most economic sectors, and strengthen our cooperation in new industries. We are already on that track with our other partners. We should identify a fast track to ratify the free trade agreement with Vietnam.