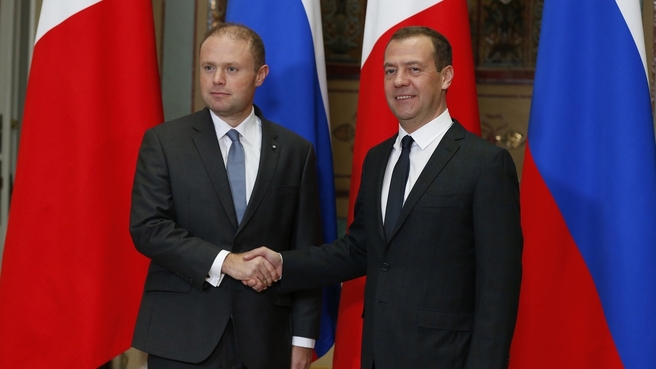 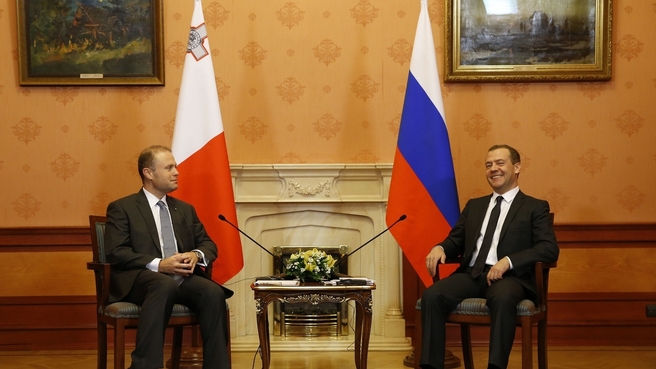 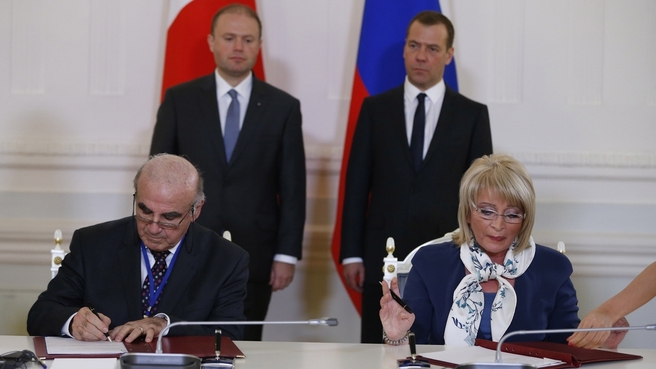 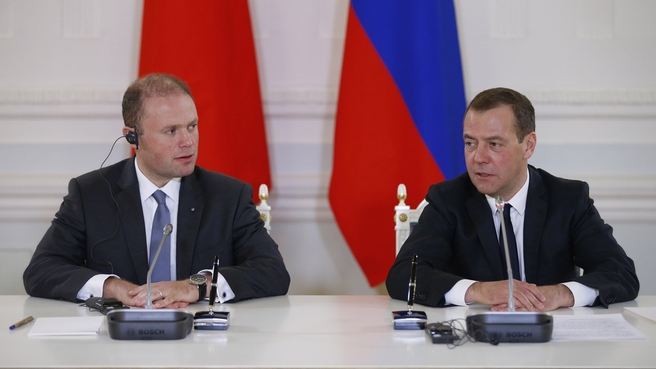 Dmitry Medvedev: It has been a long time since the Prime Minister of Malta visited Russia. This is a good opportunity to talk about our bilateral relations and about boosting and enhancing our relationship in the economic and cultural areas, as well as to discuss the situation in Europe and various issues such as the EU-Russia relationship, which is far from simple.

Joseph Muscat: We have come to Russia ahead of assuming Presidency of the European Union for the first time next year. We hope to strengthen and further develop relations between Russia and the EU and to broaden our cooperation.

The last time a Maltese leader visited Russia was 24 years ago. This long interval is inexplicable and unjustifiable. We hope to be able to discuss and settle a broad range of issues.

The documents signed following the talks:

Agreement between the Government of the Russian Federation and the Government of the Republic of Malta on Mutual Recognition of Education, Qualifications and Academic Degrees
Signed by:
For Russia – Minister of Education and Science of the Russian Federation Olga Vasilyeva
For Malta – Deputy Prime Minister of the Republic of Malta and Minister for European Affairs and Implementation of the Electoral Manifesto Louis Grech;

Dmitry Medvedev: We must step up our contacts and I hope this task will be facilitated by the documents we have just signed and those we are continuing to hold talks on.

Next year we will celebrate 50 years since the establishment of diplomatic relations between our two countries. We have good experience of cooperation and I hope we will celebrate this anniversary with new achievements.

At the same time there are problems. Our trade cooperation has declined both due to negative international economic factors and ongoing restrictions. The reduction in mutual trade turnover has been fairly substantial in the past couple of years. Obviously, we are not taking full advantage of the potential of our economic cooperation. We should think about how to expand cooperation even in these conditions, find mutually beneficial trade and investment projects, and develop cooperation in both the existing and new areas.

It is also important that our entrepreneurs are in dialogue. Today Moscow is hosting the Russian-Maltese Business Forum.

We also discussed relations between Russia and the European Union, which are far from being in the best shape and we know why. We still hope that Malta’s forthcoming EU Presidency and the current dialogue will help us promote bilateral ties.

Joseph Muscat (via interpreter): We had a positive conversation about many issues and found solutions for some of them. Others will be resolved in the future and we certainly have hopes for our forthcoming Presidency of the Presidency of the Council of the European Union in this context.

We have to operate in the current time and context but we should also draft our plans for the future. This does not depend on just a single country – we are only one of 28 EU member states. In the next few months we will try to do everything to ensure that all sides continue their work and fulfil their promises. We would like to facilitate contacts and find solutions to as many issues as possible.

I welcome your approach at the bilateral level. We discussed a number of interesting opportunities for Maltese investors in Russia and for Russian investors in Malta and the rest of the Mediterranean region We must improve the structure of our relations.

I would like to thank you for considering a very important social issue – adoption. I hope the Russian draft will be approved by the Maltese side.