On 18–20 September, a Russian delegation led by Deputy Prime Minister Alexei Overchuk visited Yerevan, the Republic of Armenia, which hosted a number of bilateral events, the most important of which was the Russian-Armenian Interregional Forum. 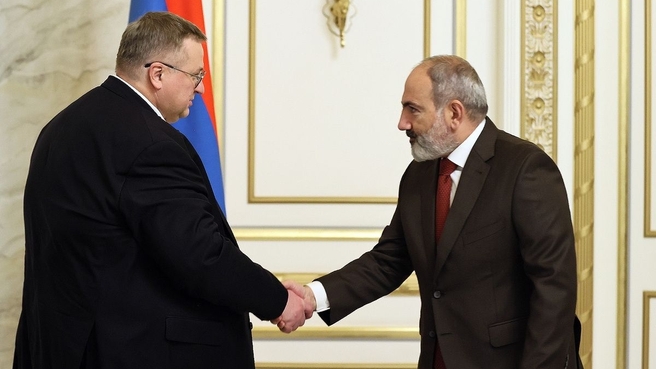 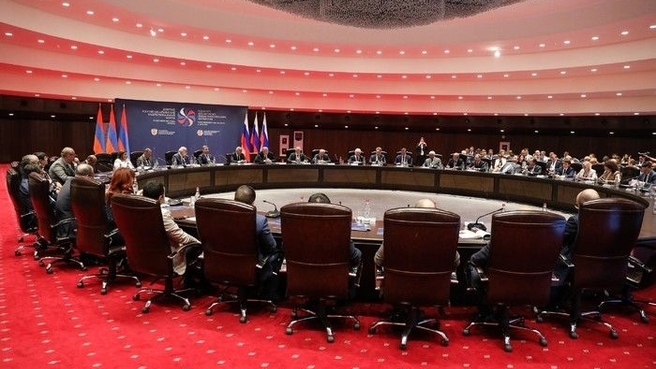 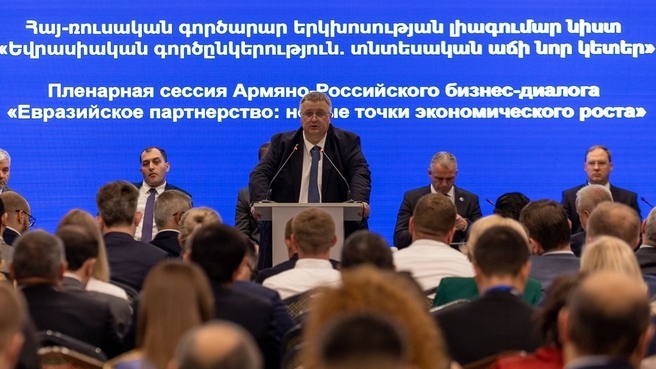 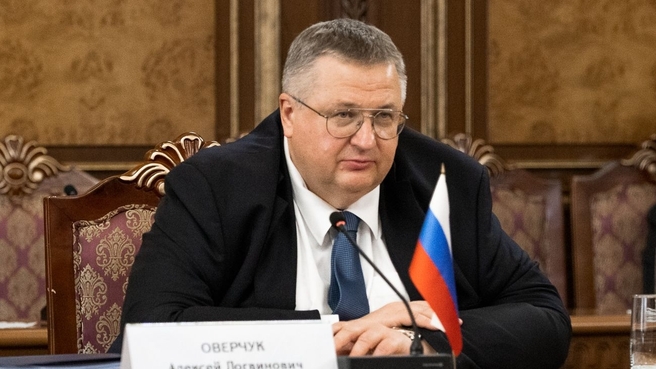 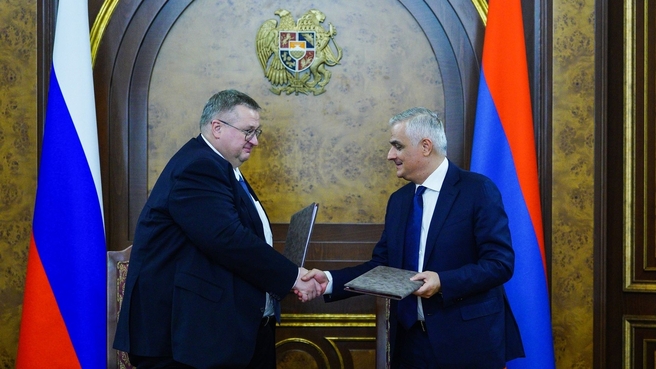 During the visit, Alexei Overchuk had a meeting with Prime Minister of Armenia Nikol Pashinyan. The officials discussed trade and economic cooperation and issues of mutual interest for Russia and Armenia.  They expressed hope that the joint events will facilitate the further expansion of Russian-Armenian cooperation.

The 9th Russian-Armenian Interregional Forum was one of the key joint events attended by representatives of business communities, universities, public organisations, as well as federal and regional authorities.  President of Russia Vladimir Putin and Prime Minister of Armenia Nikol Pashinyan sent greetings to the forum’s participants.

Following the plenary meeting, an Action Plan to implement the Intergovernmental Programme on Developing Interregional Cooperation for 2022–2027 was signed.

The forum included roundtables on increasing the regions’ logistical and investment potential and promoting digitalisation and the Russian-Armenian humanitarian collaboration.

A business mission, Russian-Armenian Business Dialogue 2022, was held as part of the main event. The deputy prime ministers of both countries made keynote addresses at the plenary session entitled Eurasian Partnership: New Points of Economic Growth.

Following the plenary session, there was a presentation of the Strategic Development Centre of the Republic of Armenia. The Centre will create consultative projects aimed at developing legislation and institutions, promote the best practices of Russian state administration, give advice on how to structuralise investment projects, help Armenia’s institutional development, support Russian investors, and more.

The visit agenda included a meeting between co-chairs of the Intergovernmental Commission for Economic Cooperation between the Russian Federation and the Republic of Armenia. Alexei Overchuk and Mher Grigoryan reviewed current issues of Russian-Armenian cooperation. They expressed satisfaction with progress in the two countries’ trade and economic relations and discussed prospects for their development.

Alexei Overchuk also visited the Russian Book House social and cultural centre that opened in Yerevan in September 2021, where he discussed Russian language and culture programmes implemented by the centre.