The 2018 Gaidar Forum’s main theme is Russia and the World: Values and Virtues. 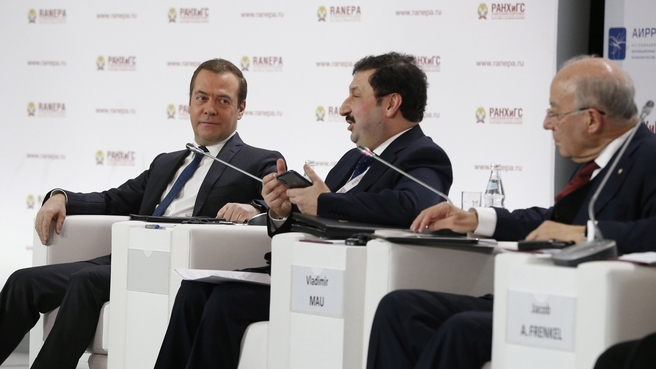 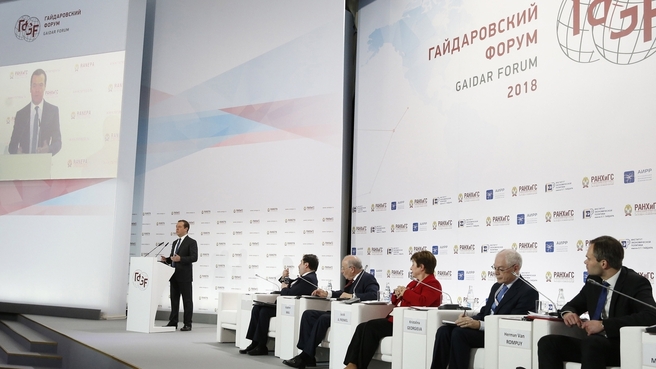 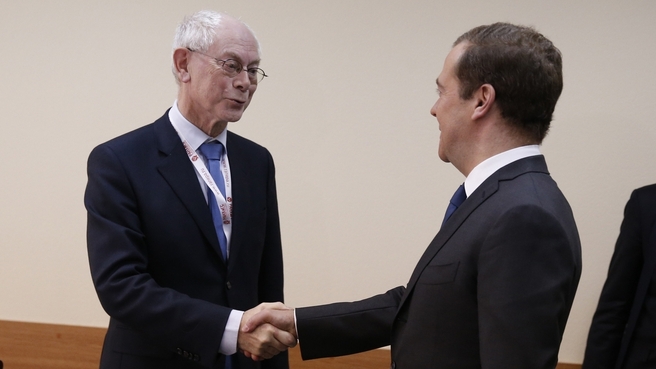 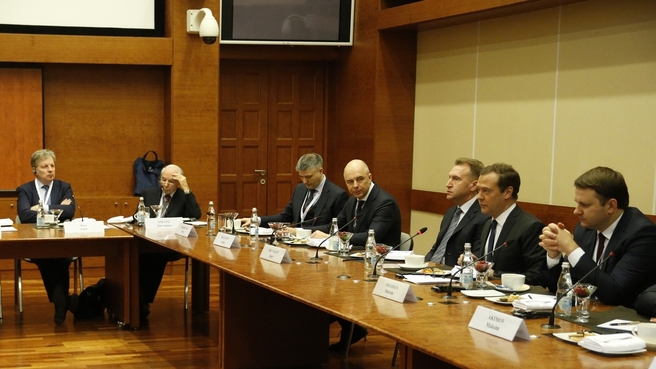 Meeting with experts of the 9th Gaidar Forum

The Gaidar Forum is an ongoing discussion platform for pressing current issues. The forum has been held annually since 2010 in memory of Yegor Gaidar, a researcher, economist and ideologist of the early 1990s reforms in Russia. Forum discussions centre on Russia’s place and strategic role in the world.

Among forum moderators are high-ranking politicians and prominent experts, members of the Russian Government, representatives of regional authorities, and leading economists from Russia and around the world.

The forum’s objective is to involve leading global researchers and experts in discussions of economic and political issues; to maintain a continuous expert dialogue on key political and economic problems; to address major trends and key events of national and global economy and politics; to produce strategic proposals and recommendations on the development of the Russian economy.

The forum was organised by the Russian Presidential Academy of National Economy and Public Administration (RANEPA), the Gaidar Institute for Economic Policy and the Yegor Gaidar Foundation.

Excerpts from Dmitry Medvedev’s remarks at the forum’s plenary session:

Today we are discussing matters arising due to those explosive technological changes that are increasingly expanding beyond the scope of the economy. Furthermore, they are creating pressing and often quite unexpected ethical issues.

The present time is shifting everything that has been customary for decades if not centuries. These shifts in their deep impact on society are sometimes compared to the invention of printing. At the time, development of a technology and establishment of new social institutions were divided by a wide gap of several centuries. Now the gap has shrunk to decades, sometimes just years or even months. The question is: Are we are prepared for such dynamic and drastic changes? It appears to me, not quite.

The nature of new technology is placing the individual at the centre of literally any economic process. Production and consumption are becoming increasingly personalised. A good example of this phenomenon is 3D printing using which a person can basically design products tailored to his own needs – and therefore, becomes a manufacturer rather than just a consumer.

Product personalisation has even affected mass and serial production. Even today it is obvious that, for example, future education will be a system following an individual learning trajectory, with open educational resources and new approaches to assessing learning outcomes.

As soon as today, we must set a goal to change public attitudes to healthcare and education, with a view to improve professionalism and increasing the income of professionals working in these sectors.

The new technological way of life increases the value and virtue of intellectual capital manifold. Human potential is both knowledge and art as well as the quality of public management. These are the factors that are becoming more important in global competition. In these conditions, it is the individual who becomes the main value and the main guideline to making management decisions. In Russia, this happens when any development programmes are drafted.

This means that, together with traditional technical specifications and business plans, assessment of social and moral consequences will become more important. This is humanitarian expertise. New competition areas that were difficult to imagine before are opening now. For example, the competition of private (electronic) currencies has appeared.

We can see various approaches to cryptocurrency, starting from prohibitive to completely liberal. Today everybody is interested in one question: Where does the limit to this cryptocurrency race lie? We cannot rule out completely the scenario that took place at the beginning of the 1990s, when a lot of companies emerged based on the developing internet only to disappear almost completely at the beginning of the 2000s. But the technology – I mean the internet – has not only survived, but has grown to play a key role in our lives now.

A new player – artificial intelligence – begins to act in traditional areas for humanity. Some experts speak about its constantly growing expansion, possibly about its riot. In many ways, this is a challenge of moral rather than economic terms.

Let’s look, for example, at today’s unprecedented transparency of private lives the digital transformation has brought. The question is, how well will this information be protected from abuse. Whose interests are more important: Society’s, state’s, companies’ or individual’s?

There is also another aspect: There is a way not only to target advertisement but to force products on clients. Now not only commercial, but also political products are being promoted aggressively.

I hope that fundamental values will remain unchanged, precisely because they are fundamental and are preserved regardless of the colossal recent changes.

We are far from always certain now about what is really happening in the economy, for example. The key parameters such as GDP fluctuations are still very important. But we also need other indicators to have a complete picture, such as the uneven allocation of benefits or people’s satisfaction with life, the environment, services and their personal prospects.

It is clear now how seriously modern technologies are changing the labour market, and we are only at the beginning of the path to a radical transformation. The question is which trend will gain predominance?

Increasing unemployment is a direct and unavoidable outcome of automation and robotisation. But it is not the only possible outcome. For example, new technology can help deal with the shortage of workforce in the countries that are facing this problem, including Russia, by the way.

Russia will experience this problem in the near future because of a decline in the birth rate in the 1990s. Robotisation and automation may play a positive role on the labour market in this particular case.

Technological progress will lead to a shorter working week and change our views on intellectual property rights. Civil and tax legislation will change as well. With time, this transformation can reach other branches of the law, including criminal and procedural law.

Technological progress is also giving rise to other challenges, including social ones, such as increasing inequality. We are talking here not only about uneven incomes but also about uneven territorial development. Our task is to create the best living and development conditions for people, regardless of where they live.

Other challenges I can pinpoint include the risk of a growing technological gap between the industrialised countries, which have both the new technologies and the capability to improve them, and the countries that do not have this capability.

Other technological risks are associated with the increasingly complicated information systems when a minor glitch can lead to a major fault, cybercrime and vulnerability to hostile actions. You do not need major industrial facilities to produce cyberweapons, and so the risk of terrorist groups using cyberweapons is growing manifold. Therefore, today all countries need to work harder and in closer coordination to ensure digital security. The point at issue is not just to employ information technologies but to overhaul the key areas of human activity and the operation of the state as a whole.

In Russia, we have focused our attention on the Digital Economy. We will create conditions for the transformation of individual sectors, as well as specific businesses and companies. We know that we not only need to respond to new conditions but also create such conditions.

Meeting with experts of the 9th Gaidar Forum

After the plenary session, Dmitry Medvedev met with President of the European Policy Centre Herman Van Rompuy and the experts taking part in the Gaidar Forum.