The agenda: extending the recruitment subsidy programme, executing the federal budget over the first nine months of this year, supporting farmers in the Far East, developing investment projects in agriculture, improving environmental legislation, on budget allocations for improving roads. 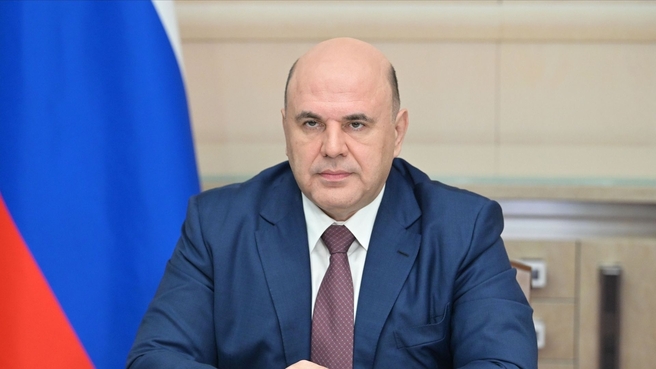 Before we move on to the agenda, I would like to say a few words about the labour market.

Last spring, following the President’s instructions, the Government launched a recruitment subsidy programme to support employment. It proved effective, so it was decided to extend it through next year.

We will continue to reimburse companies for part of the wages of new employees if they hire young people under 30, including those with no experience and graduates, or unemployed citizens who have lost their jobs or are at risk of being fired.

For all employees like this, companies and individual entrepreneurs will continue to gradually receive subsidies in the amount of three minimum wages. There will be three payments: one, three and six months after a new employee is hired.

This federal support will allow many people to find work faster.

Today’s agenda includes an issue concerning the execution of the federal budget over the first nine months of this year. Despite the challenges, the key indicators remain balanced. The sanctions have not violated the stability of the Russian financial system and did not affect macroeconomic stability.

Thanks to the President’s decisions, we managed to prevent negative developments. The systematic measures taken made it possible to stabilise the economic situation, support the activities of enterprises and entire industries, and preserve jobs in the regions.

Budget revenues for the first three quarters are higher than expected. They increased by 10 percent compared to the same period last year and approached 20 trillion roubles. Expenses also increased by 5.5 percent, to about 19.5 trillion roubles, partly due to an increase in payments as part of the state’s social obligations to our citizens. At the same time, financial subsidies, services and various benefits became even more targeted.

Separately, I would like to note that public external debt during the reporting period was reduced by more than a quarter, which reduces dependence on foreign capital and ensures a balanced budget system.

Anton Siluanov, Minister of Finance, will report in more detail on the nine-month results.

Another issue on the agenda is support for farmers in the Far East.

The climate there is difficult, and agricultural producers constantly face significant risks, including floods, fires and other natural phenomena, which occur in that federal district more often than the national average. The government promptly helps those affected and responds to any abnormal situations. But it is more effective in these cases to use the agricultural insurance mechanism, especially for farmers, cooperatives and other small farming businesses. As instructed by the President, we are improving the legislation to help these agribusinesses in the Far East reduce the possible losses when an emergency situation is declared, and we are increasing the amount of subsidies for the cost of the insurance policy from 50 to 80 percent.

The calculation of the subsidy amount will also be simplified in cases where a facility is insured against more than one disaster. We will also clarify conditions for entering into such an agreement for perennial crops, including orchards, technical (non-food) crops and fruit crops.

We hope that these measures will encourage small companies in the region to enter into agriculture insurance contracts with state support and protect their businesses from natural disasters.

And once again, regarding the development of investment projects in agriculture, last week the President emphasised that they are very important for the economy as a whole, and for increasing our sovereignty in the crucial area of agriculture.

We have allocated over 7.5 billion roubles for these purposes. The funds will be used to implement over 150 investment projects in 43 regions, including new dairy and meat farms, storage facilities for agricultural products, as well as seed and breeding centres.

This policy will make it possible to systematically provide farmers with the necessary capacities to increase production and fully meet the needs of our people for high-quality, affordable food.

As instructed by the President, we are also continuing to improve environmental legislation. As part of the federal General Clean-Up project, we are already lifting sunken vessels in a number of Russian regions. Identification of sites of accumulated environmental damage in the regions is also ongoing. As of today, there are more than 1,900 such sites in Russia.

Adjustments to the law, which will expedite the work of eliminating these sites throughout the country, have been prepared. This includes cleaning up an unauthorized landfill in the Astrakhan region and a landfill in the Krasnodar Territory next year.

The bill specifies the procedure for the inspection and appraisal of these sites, as well as for checking the estimated cost of the project.

The Ministry of Natural Resources maintains a state register of sites that are dangerous to human life and health. This includes sites that need to be eliminated first.

The next issue concerns road construction. The President has emphasised the importance of strengthening the road network which creates a solid foundation for economic growth and the successful implementation of social objectives.

The Government will allocate around two billion roubles to ten Russian regions. The money will be used to continue building and rebuilding highways, and to restore road infrastructure damaged by natural disasters this year.

This will improve our country's transport connectivity, speed up the delivery of goods and materials and allow people to travel safely and comfortably on motor roads.