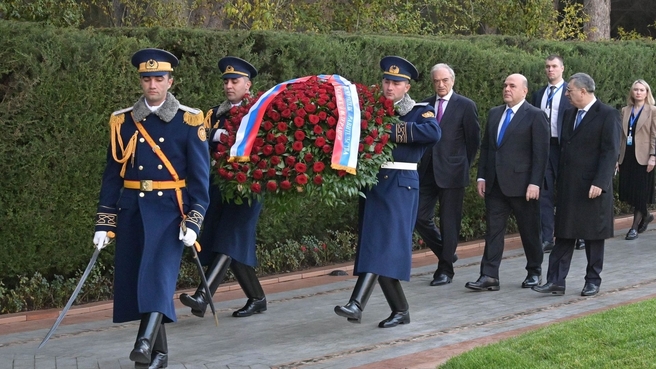 Mikhail Mishustin laid a wreath at the grave of Heydar Aliyev 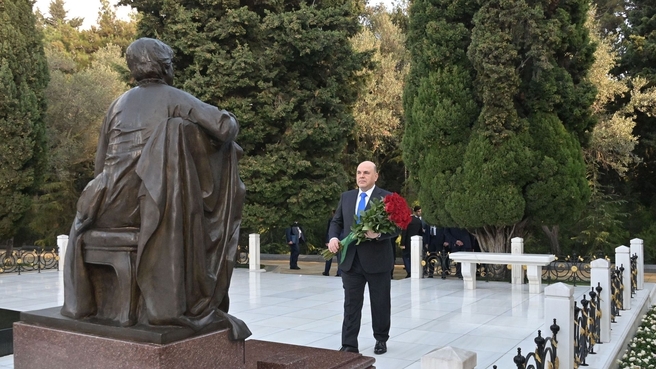 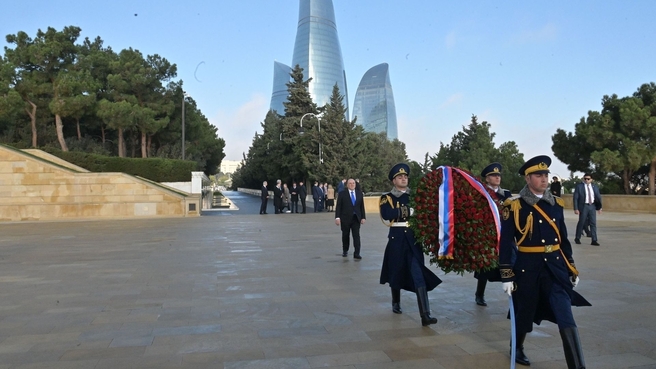 Mikhail Mishustin laid a wreath at the grave of Heydar Aliyev

The Alley of Fallen Heroes is a memorial complex established in memory of the victims of events that took place in the capital of Azerbaijan on 20 January 1990. In 1998, the Eternal Flame memorial opened there, at the highest point of the city. The monument is a tomb standing on an eight-pointed star, crowned with a glass dome. Currently, the alley is the central memorial to all the victims killed for the independence and prosperity of modern Azerbaijan.