Agenda: the deputy prime ministers’ curating the development of technologies and areas of crucial importance, extending the period during which backbone enterprises can participate in the temporary employment programme, the roadmap for the development of exhibition and fair activity until 2025, the holding of the Decade of Science and Technology.

From the transcript of the meeting: 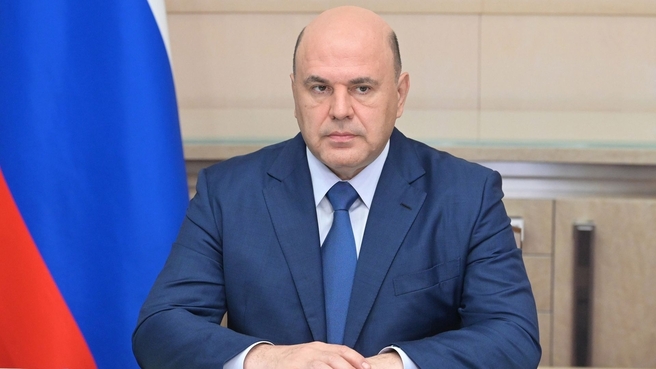 At the initiative of the President, deputy prime ministers will keep the development of crucially important technologies and certain high-tech areas under special control. This is extremely important amid the limited access to foreign-made products. Our country has everything it needs to create solutions that the economy and citizens need.

Here is how the responsibilities will be distributed.

Andrei Belousov will be charged with curating the development of high-speed transport and intelligent control systems in the sector, as well as new generation transport equipment.

Viktoria Abramchenko will manage new developments for monitoring and forecasting the state of the environment and for the prevention of pollution. The solutions will be used by the agricultural and agroindustrial sectors and to prevent natural disasters.

Tatyana Golikova will oversee a high-tech aspect of the rapid development of genetic technologies and support for research and development projects in fields such as chemical and biological safety, and bioengineering.

Denis Manturov will be responsible for areas such as technologies for developing new-generation spacecraft and rockets, 5G mobile communications networks, the electronic components base and quantum sensors, and will engage in technological and nuclear oversight, too.

Alexander Novak will deal with nuclear and hydrogen power industry technologies, as well as industrial and transport decarbonisation using natural gas. He will also supervise the development of distributed smart grid systems and the creation of energy storage systems, including portable ones.

Marat Khusnullin will take responsibility for technologies to prevent environmental pollution and conduct clean-up operations, and will facilitate environmental, technological and construction oversight.

Dmitry Chernyshenko is in charge of high-tech areas such as artificial intelligence, quantum calculations and internet communication solutions.

Regarding critical technologies, he will also oversee the computerised modelling of nanodevices and nanomaterials, and their manufacture and processing, as well as the software of distributed and high-capacity computing systems.

Colleagues, all of you should also coordinate the activities of ministries and agencies on all these issues.

I would like to draw your attention to the fact that the President’s decision to make deputy prime ministers responsible for technologies and areas of crucial importance is a tremendous responsibility . We will have to do serious and well-coordinated work. How the situation develops in the sectors that you have been entrusted with will depend on how effectively you manage to cope with your tasks. You should monitor these issues constantly, and I will personally keep an eye on the results.

I would now like to say a few words about support for backbone enterprises facing difficulties because of external pressure from unfriendly states.

A temporary employment programme has been put in place for these organisations. They will be able to join this programme for a period of six, rather than three, months, so that they will not lay off staff, while adapting to new conditions but instead redeploy them.

We will subsidise companies and reimburse them for their spending on wages. This measure will allow major industrial organisations to focus on restructuring their production and logistic chains, to launch normal work more quickly and to retain their employees.

I would like to discuss one more decision. Despite the anti-Russia restrictions, international interaction is still rapidly developing, and we are establishing new ties. The St Petersburg International Economic Forum, which involved representatives from over 130 countries, highlights this. More than 600 foreign companies displayed their products at the recent International Industrial Trade Fair INNOPROM. This proves once again that Russian venues for exchanging best practices and signing contracts remain highly popular.

Today, enterprises find it particularly important to restore ties and channels for selling their merchandise. We continue to support these business interaction formats.

As instructed by the President, we have compiled a road map for assisting the convention and exhibition sector recover more quickly from the pandemic related slow-down.

These measures include proposals to develop related modern infrastructure, to provide additional financial support for companies operating in this area and simplifying customs clearance processes for our foreign partners from friendly countries.

Let’s go to the next issue.

The President has announced the Decade of Science and Technology in Russia, and the Government has drafted a plan for implementing it.

The plan includes three main goals: bring more talented young people into research and development, include more skilled specialists in working towards our high-priority national goals, and familiarise the public with Russian scientists’ discoveries. I know they will achieve more successes in the future, and that all of us will feel proud of them.

The plan includes over 15 initiatives, the implementation of which will promote the development of the Russian science and will open it to people from all age groups.

We will streamline mechanisms of interaction between researchers, developers and companies in the real economy. Investment in university-level startup projects should reach 7 billion roubles by 2025.

Joint work of the state, businesses and the academic community is ahead.

Mr Chernyshenko, please, tell us more about the planned events. How will they be fulfilled?

Federal agencies, the regions, research and education institutions have all contributed over 3,000 proposals to the plans for the Decade of Science and Technology. The Coordinating Centre, established under the President’s executive order, has used these to create initiatives for accomplishing the presidential goals for the next decade.

They aim to create unique Russian-made inventions and to involve as many people as possible, including school students and families with children, in addition to industrial and business representatives, in these projects.

Under the Science Volunteering initiative, there are plans to involve over 100,000 volunteers in implementing scientific projects by 2025.

Under the Popular Science Tourism initiative, we will offer 90 popular science routes in over 40 Russian regions, by the same time.

A number of initiatives are related to fulfilling the President’s instructions, such as creating science-intensive products and services, as well as promoting them on the domestic and global markets, and generally facilitating Russia’s competitiveness, primarily in cutting-edge technology.

These initiatives include researchers, research organisations, universities and representatives from the real economy in mainstream innovation activities and make it possible to mobilise resources in conditions of the sanctions pressure.

In this way, platforms for the events under the Decade of Science and Technology will become platforms for communication with the young people, public organisations, businesses and the academic community.

As I said earlier, all the services and tools of the platforms for the professional science and technology community will be integrated into the Science and Innovations domain on the Gostekh platform.

We will review the results of the plan at the end of each year at the Congress of Young Scientists, which has become a landmark event of the previous Year of Science and Technology. The first congress, attended by Vladimir Putin, took place late last year and involved over 3,000 participants. We will continue this positive experience.

The implementation of the plan for the Decade will help us fulfil the President’s instructions for creating our own innovation projects, attaining our technological sovereignty and ensuring economic security.

Our citizens will be able to learn more about the achievements of our scientists and researchers, and they will feel more proud of them.

A strong science is an important condition for national independence, a stable economy and the social sphere. Any state should prioritise the development of this strategic aspect.

Russia has always had talented scientists, researchers, engineers and designers, and the President’s initiative on holding the Decade of Science and Technology will make it possible to involve even more people in this area.