On the agenda: implementation of the Comprehensive Air Transport Development Programme, expansion of the Far East Mortgage Programme, and transport infrastructure development for tourism clusters. 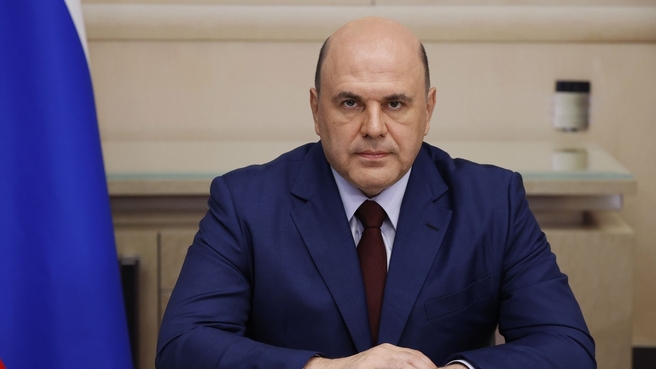 Let's start with the important issue of providing people with housing. On the President’s instruction the Government is expanding the Far Eastern Mortgage programme so that more people in the Far East will have the opportunity to buy a flat or build their own house on favourable terms.

The project, which has been in place for more than two years, is available to young families, as well as participants in the Far Eastern Hectare and regional labour mobility programmes. More than 40,000 citizens have already taken advantage of it. From now on, the Far Eastern Mortgage programme will also be available to healthcare and education professionals, provided that they have worked in their respective fields in the Far East for at least five years. Importantly, age and marital status requirements will not apply to them when taking out a loan.

Thanks to this measure, several thousand teachers and healthcare workers will be able to improve their housing conditions.

Another change applies to the residents of the Magadan Region and the Chukotka Autonomous Area. During a working trip to the Far East, it was decided to extend the concessionary mortgages to the secondary housing market in these regions. And today we are extending this measure for another three years. The three-year budget provides for more than 40 billion roubles for these purposes, nine billion of which will be allocated this year.

People should have the opportunity to improve their housing conditions. This is another step towards achieving the goal set by the President: to significantly improve the quality of life in each Far Eastern region in the coming years.

As instructed by the President, the Government is continuing to develop the transport infrastructure of tourist clusters.

This country has many unique natural and historical landmarks and numerous beautiful places. Unfortunately, it is impossible to reach all of them quickly and comfortably. We are therefore building additional roads for local residents and tourists.

Today, we will allocate over 3.5 billion roubles to build convenient modern roads in the tourist cluster of the Nizhny Novgorod Region. This sum will make it possible to complete a new motorway from a railway station, to resurface another motorway between Arzamas and Vladimir and to build a road bridge.

We hope that the new infrastructure will allow even more people to visit city museums and Orthodox Christian shrines in this Russian region, and that it will help the territory become a major tourist and recreational centre.

Our aviation sector is another important factor ensuring the transport connectivity of Russian regions. The President has drawn special attention to the fact that the Russian aviation sector should overcome current difficulties and receive a new impulse for development.

As instructed by the President, the Government has drafted a comprehensive programme for developing the air transport sector over the next seven years. We have signed the relevant directive.

We will have to work hard in order to create the required cost-effective infrastructure in this sector. We are set to spend over 770 billion roubles on implementing the programme during this period. Of this amount, over 150 billion roubles will finance air traffic projects before the year is out.

Yury Borisov: Mr Mishustin, efforts to ensure the cost-effective and safe operation of the available air fleet, as well as the rapid development and mass production of Russian airliners are the two key aspects of aircraft manufacturers’ and air transport workers’ efforts, with state support.

Russian-made Superjet short-haul airliners are the mainstay of the national air fleet. We now operate about 150 of them. We will expand the air fleet by fielding Superjet New aircraft, an import substitute; their production is to commence in 2023. By that time, the plane will feature a Russian-made PD-8 engine and avionics, and it will receive a flightworthiness certificate, too.

Russian citizens still fly Boeing and Airbus medium-haul and long-haul jetliners. Our task is to phase out the air fleet with similar Russian-made aircraft, MC-21s and Tu-214s. Under the MC-21 programme, 72 of these aircraft are to be delivered each year from 2029. The first six serial planes are to enter service in 2024. We are planning to manufacture an additional 70 Tu-214s by 2030. Small batches of these completely Russian-made aircraft have been manufactured in the past few years.

Russian-made aircraft are to account for 81 percent of Russian airlines’ fleets by 2030. There are also plans to provide national air carriers with about 800 helicopters during the same period.

Mikhail Mishustin: Please monitor the implementation of these tasks personally. The President has noted that it is necessary to expand production of a wide range of new aircraft, and we must pay attention to this aspect in our current work.

The state of enterprises of the aircraft industry is another important matter. I have repeatedly visited them during my working trips all over the country, and I have visited many of them together with you. They boast interesting solutions and experienced workers, but their production assets have often to be renewed. Due to sanctions, many of them are now hard pressed for components, materials and critical technologies.

What specific measures does the programme on which you are reporting envisage for systemic support of the aircraft manufacturing industry’s enterprises?

Yury Borisov: Mr Mishustin, we are already completing the import substitution of systems and units for two flagship models, the MC-21 and the Superjet New. These systems should not be inferior to their foreign equivalents in terms of quality and technical specifications. At the same time, aircraft prices are to fall by two percent annually from 2026 to 2030, as we expand batch production. We are expecting to meet the level of costs for maintaining world-class standards of flight worthiness between 2030 and 2035.

The programme notes the need to apply state guarantees and repay interest on loans that enterprises have borrowed for expanding aircraft production and stockpiling reserve spare parts.

Additionally, we are retaining state support measures for making Russian-made aircraft more financially attractive, such as:

We will monitor the implementation of the programme by submitting mandatory annual reports to the Government of the Russian Federation. Such reports must be submitted annually by 1 July, until 2030.

Mikhail Mishustin: Thank you, Mr Borisov. We hope that all stated plans will be implemented on time. Please monitor this process personally, together with Andrei Belousov and our sectoral colleagues who are responsible for fulfilling this programme.