On the sidelines of the St Petersburg International Economic Forum, the Deputy Prime Minister held a working breakfast with business representatives from Russia and Turkey. 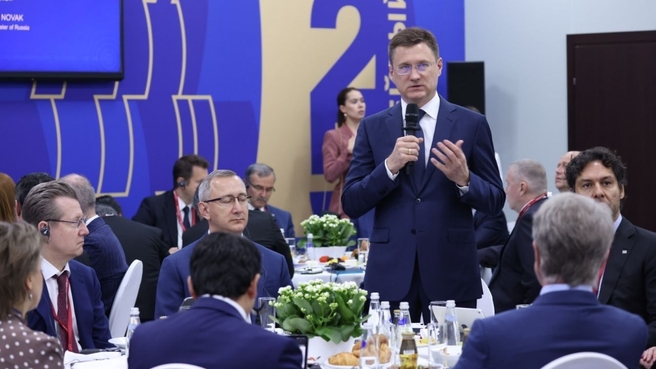 During the event, the Deputy Prime Minister, the Turkish delegation and representatives of the business circles of both countries discussed promising areas for developing Russia-Turkey business partnership, as well as lower administrative barriers and measures to improve working conditions for Turkish businesses in Russia.

According to Alexander Novak, mutual trade continues to grow: in 2021, it increased by 57 percent and reached $33 billion. “Turkey remains an important strategic and economic partner of Russia. The leaders of our countries, President Vladimir Putin and President Recep Tayyip Erdogan, maintain a regular dialogue. It is crucial for the further strengthening of cooperation between the two countries across the entire spectrum of issues,” the Deputy Prime Minister noted, adding that the energy sector plays an important role in boosting cooperation.

“For the past several years, Russia has made significant investments in Turkey. The Akkuyu Nuclear Power Plant project is under construction, and the TurkStream project has been completed. Amid the changing foreign economic environment, new opportunities are opening up for economic dialogue between Russia and Turkey, which could become a major trade and logistics hub for delivering products to and from Russia,” Alexander Novak noted.

The Deputy Prime Minister added that the issue of import substitution and localisation of equipment both in Russia and Turkey is an important part of bilateral dialogue. The Russian party handed over to the Turkish side relevant proposals on the localisation of industrial equipment. “Work is underway to make a list of enterprises that can localise products in our country,” Mr Novak said.

Following the meeting, the Russian and Turkish parties agreed to consider a series of measures to simplify the work of businesses, in particular, to lower currency risks in bilateral trade and promote settlements in national currencies. Work will also continue to enhance the mechanisms of bilateral exchange of information and proposals to improve the investment climate.

Veronika Nikishina noted that the Russian Export Centre will continue to organise business missions to Turkey with the participation of Russian entrepreneurs.