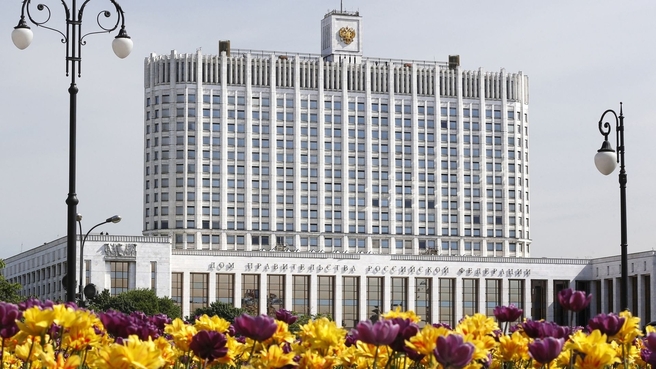 Before we focus on the agenda, let me say a few words about promoting medical assistance for our young citizens. The President has also repeatedly said that we should pay priority attention to our children’s health.

Last year, we held a conference involving specialists from the leading national perinatal centres at the Kulakov Centre. We discussed what else needed to be done to protect children’s health and improve medical assistance. It was decided to expand newborn screening for 36 rare diseases. This year’s budget will allocate upwards of 2.5 billion roubles for these tests.

A government directive has been signed to authorise purchases of the necessary equipment. I am referring to over 300 units of specialised equipment for 11 institutions which will carry out expanded screening. This will make it possible to identify serious pathologies in thousands of infants at an early stage, provide assistance to children more rapidly, and, in some cases, save their life.

Now let’s move on to the agenda.

As instructed by the President, the Government is improving financial support measures for small and medium-sized businesses. This includes expanding access to concessional lending.

We will allocate nine billion roubles for the additional capitalisation of SME Bank, a subsidiary of the state-owned SME Corporation.

The funds will be used, among other things, to develop an express lending mechanism. It allows small businesses to promptly receive concessional loans of up to 10 million roubles. It does not require collateral, which greatly simplifies the conditions for obtaining funds and is especially important for start-up businesses. After all, many of them do not yet have enough assets when they start up, which either leads to a higher rate or to a refusal to lend at all, when they ask for a loan.

We see that businesses need this support measure. We expect that with additional funding, more small companies will be able to take advantage of concessional loans, which, together with other measures, will help develop this sector.

The Government continues to create favourable conditions to attract investors.

The President signed a Government-drafted law which allows for signing such contracts again, as well as extending the term of existing agreements.

We expect that such changes will help preserve the investments already made and allow businesses to take greater advantage of the import substitution opportunities now available.

The development of Far Eastern regions is another important sphere. Due to current challenges, this federal district is becoming more and more important in the context of our international trade.

The Kuril Islands are a special aspect here. The President has repeatedly raised this issue. The Government will adopt new decisions that will make it possible to improve the investment climate in these territories and to create favourable conditions for creating production facilities, services and jobs under current projects, as well as for launching new ones.

Businesspersons, parties to preferential regimes in the Kuril Islands, will be able to use a simplified procedure to obtain land plots in a local priority development area (PDA). It will also become possible to change the ownership of land plots or their categories, which will make it easier to register them when preparing transactions or launching new projects. Of course, this does not concern land plots in specially protected nature territories, communities and other areas seen as important by the state.

The relevant amendments should be included in a bill on PDAs. These changes will also help upgrade the entire system for managing PDAs and make preferential Far Eastern investment regimes more attractive.

Next item. Our President has defined creating a comfortable and safe environment for people’s life as one of the national goals. Renovating the utilities infrastructure across the country is an important part of this work that involves, among other things, private investment, primarily through concession contracts.

We will consider a package of amendments to laws that are meant to upgrade the procedure for the tenders to award these contracts.  The amendments, among other things, propose to establish basic requirements for companies aspiring to manage heat and water supply facilities as well as waste water disposal facilities. They will have to prove that they have experience running these infrastructure facilities and systems.

To participate in concession tenders, investors will have to pay a mandatory deposit, thus confirming their financial stability.  These innovations will attract more reliable investors capable of providing high-quality housing and utility services without interruption.

We will also consider a draft law which will help to deal with disputes concerning the treatment of solid municipal waste. The draft document will help people and market players to uphold their rights without recourse to the courts and make this procedure faster and less costly for parties to a dispute.

Now the Government will be able to designate an executive agency that will consider complaints regarding waste treatment tariffs.  We hope that the new procedure will protect people from surplus payments for garbage disposal services.

We will discuss measures on improving the network of motor roads. This is an important sphere. As our President said earlier, they create the basis for economic growth and the attainment of social objectives. Last week, we adopted the decision to approve a five-year plan of road construction.

Today, we will allocate an additional 18.5 billion roubles to upgrade and widen the federal motor roads M-1 Belarus and M-4 Don. These resources will make it possible to complete several junctions and passages on schedule, despite the current changes on commodity markets.

Both roads handle huge passenger and freight flow. Improving road infrastructure will have a positive effect on the speed of deliveries to consumers and will reduce the pressure on drivers, because the number of traffic jams and slowdowns will go down, particularly on these busy motor roads.