Agenda: equipping medical rehabilitation wards in regional clinics, co-financing construction of an infectious disease hospital in the Perm Territory, launching a preferential mortgage programme for IT specialists, and support for the film industry. 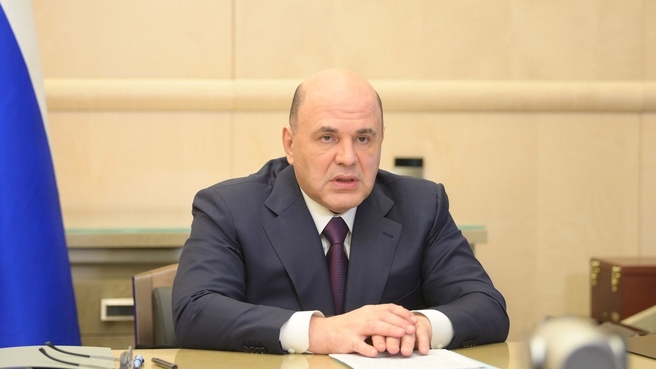 On the instructions of the President, the Government is developing medical rehabilitation services. During the spread of the coronavirus, this issue became particularly acute. Many people who had the disease faced serious complications. The support of specialists allows such patients to be treated more quickly. People recovering from other illnesses also benefit from the support of specialists. This applies not only to adults, but also to children.

The medical staff should have everything they need for their work. We have distributed almost nine billion roubles between Russian regions. The money will be used to equip medical rehabilitation units in 157 clinics.

Modern equipment will allow patients to undergo effective treatment. As a result, even more people will receive such rehabilitation, including outpatient and day-patient care. It will be free of charge, under a compulsory health insurance policy – on doctor’s order. The care of professionals will help people overcome their illnesses more quickly and get back to active life.

The Government is also supporting the regions in addressing issues of improving the quality and accessibility of medical care.

During our trip to the Perm Territory at the end of the last year, we inspected the buildings of an infectious diseases hospital. They were built at the end of the 19th century. And of course their condition does not meet modern standards. It is impossible to organise high-tech treatment and comfortable conditions for patients there.

That is why we decided to provide the region with federal co-financing for the construction of a new hospital, namely its main building. We received the design. On my instructions, one billion roubles have been allocated for the implementation of the project.

The work should be completed as early as next year. This is what we have agreed, so that the hospital, which will have more than 200 beds, can receive patients as soon as possible.

Ms Golikova, please stay in touch with the leadership of the Perm Territory to monitor how the construction is going. They have made all their promises.

Of course, we have to do everything possible to provide the population with a high standard of medical care.

On the President‘s instructions, the Government is taking measures to support the IT sector amid the external pressure. The main task is to create comfortable conditions for those working in the sector. This also involves providing adequate housing.

We are launching a programme of preferential mortgages for IT specialists. Employees of accredited IT companies will be able to obtain mortgages for flats at an advantageous interest rate of no more than five percent per annum. The maximum loan will be 18 million roubles in regions with a population of over a million, and nine million roubles in other regions.

Mr Chernyshenko, please keep a close eye on how the programme is being implemented. We are fulfilling everything that we promised to the IT industry.

One more issue concerns the development of cinema.

As the President underscored, the Government is doing a lot to make sure that the Russian film industry is competitive and up-to-date.

We expect these measures to make it possible to launch the production of numerous new projects. Among them there will be large feature-length films for a mass audience, for family viewing, non-fiction films and short films. These funds will be used to produce debut works by novice directors, who are just finishing their studies.

I am certain that new Russian films will find their audience, including among young people. All the more so since tickets for Russian films can now be purchased with the Pushkin Card, which will also provide significant support to our film industry.