Main issue: The current status of the crop sowing campaign and the situation in the agricultural sector. 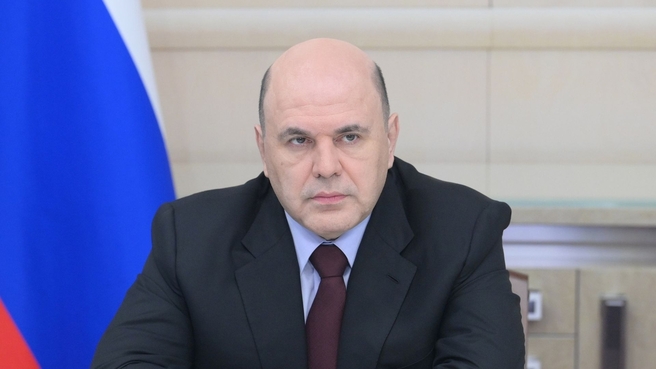 Good afternoon, colleagues. Before we start discussing the agenda, I would like to say a few words about resolutions that have been signed.

The Government continues to expand support for farmers, and this is particularly important for the sowing campaign. Spring fieldwork is now underway in nearly 50 percent of Russian regions, and agricultural producers are spending a lot. This is particularly true of grain farmers. In an effort to help them, we have allocated 10 billion roubles from the federal budget to reimburse them for part of grain crop production and sales.

This decision upgrades regulations for obtaining this state support. From now on, farmers will be able to obtain this support as advance payments prior to the sowing campaign. These payments will provide them with extra resources for buying all essential items.

We hope that the new regulation concept will expedite the transfer of funding to agricultural producers all over the country. First of all, this concerns areas where fieldwork is just getting underway.

This measure is a significant aspect of the Government’s systemic efforts to improve the investment climate of the Russian agriculture sector. The President discussed in great detail the use of the entire arsenal of state support, incentives and related tools at a recent meeting.

The situation with mineral fertiliser supplies has also stabilised, including through the establishment of export quotas. We discussed this issue at a meeting with the President.

Each of these decisions has major significance for maintaining the country’s food security, so that people would be able to buy a wide assortment of high-quality domestic foodstuffs.

A bit later, Minister of Agriculture Dmitry Patrushev will report on the current sowing campaign and the transfer of funding to farmers.

Acting under a federal law signed by the President, the Government received additional powers in the field of international lorry traffic.

Today, in light of outside pressure, it is necessary to ensure unimpeded deliveries of staple goods to Russia.

Until 1 September, lorries and trailers delivering staple foods and other essential goods will not be weighed at the border, and their dimensions will not be subject to control either. Checkpoint clearance times will be reduced, and logistic processes will also be expedited. Consequently, goods that the people need will reach shops faster.

And now, let’s discuss the agenda.

The Government continues to support air carriers in conditions of sanctions. The sector faces all-out restrictions and bans, including on components deliveries and aircraft maintenance.

Today, as per the President’s instruction, the Government will allocate 100 billion roubles to national air carriers. The money will partially reimburse airlines for their domestic flight expenses under the relevant programme, due to be implemented from April through October. The programme will therefore encompass the main vacation and school holiday periods.

We hope that this measure will make it possible to retain 2021 levels of domestic passenger air traffic, and that tens of millions of Russian citizens will be able to afford air tickets in 2022.

I would like to ask Minister of Transport Vitaly Savelyev to personally oversee this matter, so that the programme would run smoothly.

The Government also continues to support the tourism sector.

First of all, this involves the creation of modern hotel infrastructure. No matter how beautiful and unique a tourism landmark may be, it will never become popular without basic amenities, all the more so as many people are travelling with their children.

Today, we will allocate four billion roubles to 19 Russian regions with high tourism potential. The funding will help support over 50 public initiatives to build prefab hotels with at least 2,500 rooms.

It is important that businesses are also actively involved in this work. Business persons are ready to channel over 4.5 billion roubles’ worth of private investment in these projects.

This will make it possible to create more jobs and to build more hotels. The summer holiday season is approaching, and Russian citizens will spend more time outdoors and will be willing to travel to the country’s regions. It is therefore necessary to create favourable conditions for this.

Agenda: expanding the County Doctor and County Paramedic programmes, subsidised loans for systemically important businesses in the agricultural, transport and utilities sectors, supporting leaseholders, providing regions with more opportunities to use budget funds, and providing financial assistance to Crimea.
26 April 2022 Alexei Overchuk’s working visit to the Republic of Azerbaijan A meeting of the Intergovernmental Commission on Economic Cooperation between the Russian Federation and the Republic of Azerbaijan was held in Baku.
1
Show More