Strategic meeting on boosting population growth in the Far East

Mikhail Mishustin: “Over 8 million people live in the regions of this district. This is not many for a huge territory comprising 11 constituent entities of the Russian Federation.” 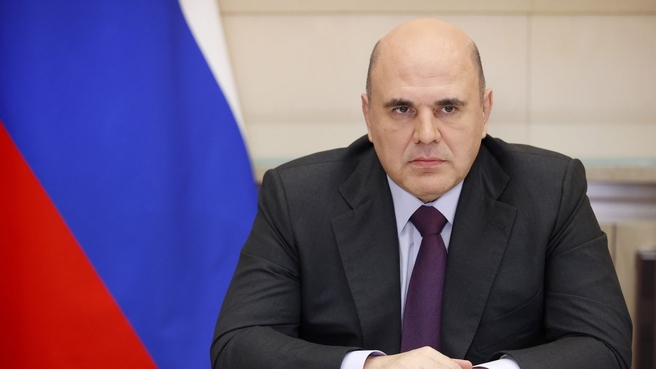 Strategic meeting on boosting population growth in the Far East

As per the President’s instructions, we are holding a strategic meeting to discuss the primary tasks involved in ensuring the sustainable development of the Russian Far East. Demography is the most important of them.

It is the second meeting on this issue. The first time that we spoke about ensuring population growth in that district was at the  strategic meeting in October 2021. We outlined our priorities, and then we needed to assess our possibilities, determine the effectiveness of the existing instruments and prepare proposals with due regard to the national development goals.

We needed to coordinate the proposed initiatives with the relevant agencies. Yury Trutnev and Minister for the Development of the Russian Far East and Arctic Alexei Chekunkov supervised the process.

Today we will talk about what we have achieved. I hope to hear concrete proposals that will help us make the Far East more attractive.

Over 8 million people live in the regions of this district. This is not many for a huge territory comprising 11 constituent entities of the Russian Federation. The President pointed out that the rate of outflow from the Far East has decreased but it has not stopped: over the past three years, the number of local residents has decreased by approximately 100,000 people.

But there is also an inflow of people to the Far East. Over 20,000 people, including many young specialists aged 20-24, who are in high demand there, arrived in the federal district over the same period.

It is necessary to straighten out this obvious unbalanced demographic structure, and this is why we have gathered here today. We will have to answer many complicated questions on how to prevent so many people from leaving the Far East, how to attract young people and skilled specialists to the Far East and to provide them with permanent employment, rather than short-duration tours of duty, so that they buy housing and land plots in the area, open businesses and invest in the future. The quality and pace of change in the Far Eastern Federal District in general depend on people’s living conditions in these regions.

Members of the Government are closely following the development of the Far East. These matters are always included in our agenda. We are planning to review a package of bills that would facilitate regional housing construction and simplify a number of procedures in this sphere.  I will discuss this aspect a bit later on.

Apart from law-making activity, Government members regularly visit the Far East during their working trips. This makes it possible to gather feedback from people, to better understand local specifics and monitor the implementation of programmes and the President’s instructions.

At these meetings, people mostly express concern about a lack of modern infrastructure, and this is related to a wide range of matters, including connections to gas pipelines and power grids, the development of medical and education institutions, as well as cultural and sports opportunities. When addressing these matters, we should keep in mind that here we are dealing with long distances. Quite a few people live in remote areas, and it is therefore necessary to make them accessible and to provide reliable communications.

Virtually all measures are reflected in the National Programme for the Socio-Economic Development of the Far East over the next 13 years. The programme was launched over a year ago, in accord with the President’s instructions, and it is to receive over 100 billion roubles. The head of state drew attention to the fact that the main objective of the programme is to attract people to Far Eastern territories. For this purpose, it is, of course, necessary to create conditions that will result in a faster improvement in living standards.

We prioritise the modernisation of basic medical institutions. Payments also increased under the Zemstvo Doctor and Zemstvo Paramedic programmes. Since 2021, doctors who settle in Far Eastern villages receive two million roubles each. In turn, paramedics, obstetricians and nurses, including those at paramedic centres, are paid one million roubles each. We hope that these measures will make it possible to resolve the Far Eastern healthcare system’s human resources problem and to improve the quality of medical care.

Some of the special tools created to help people relocate to this district and resolve housing problems there have shown good results. I am referring to the Far Eastern Hectare and Far Eastern Mortgage programmes. As of the beginning of January, about 100,000 people have received their land plots; more than 68,000 hectares are already being developed, and almost 33,000 Far Eastern residents have been able to improve their living conditions.

However, the situation remains difficult. Property prices per square metre in the Far Eastern Federal District are about 15 percent higher than the national average. We are going to amend the laws to stimulate the construction of affordable housing, as well as transport, utilities and social infrastructure for the residents’ convenience. Developers will have access to a simplified procedure for receiving benefits as residents of priority social and economic development areas. We are planning to consider the relevant package of bills at a Government meeting this Friday.

We hope that this will help alleviate the acute demand for up-to-date and high-quality housing in the Far East.

There is another matter that needs to be addressed carefully and deliberately. If we want to attract young people, they will want promising prospects, which means they need the type of education that is in demand by the market. This should help them find jobs and become an incentive for them to plan their careers in the Far Eastern regions. Unemployment has actually been declining in this federal district over the past year. I think it’s important to take an integrated approach towards solving personnel problems, making broad education and cultural development available for all age groups, at every stage, starting from kindergarten. This also applies to advanced career training and retraining, also with the use of remote technologies.

The President has repeatedly pointed out the importance of considering the strategic prospects for the Far East and setting ambitious goals. Achieving these ambitions requires competent, well-trained professionals and young leaders, whom we will help to prepare.

Colleagues, deputy prime ministers, heads of regions and heads of relevant ministries are participating in our meeting today. Everyone will be given an opportunity to speak and express their point of view.Please be very specific. Do not try to understate difficulties, and feel free to propose your ideas.

The results of today's session will be reported to the President.