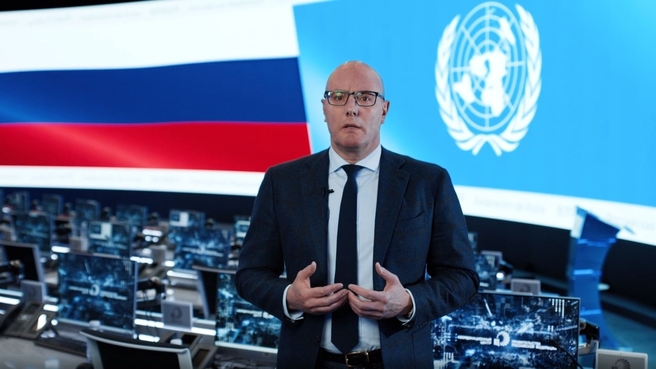 The event’s main theme is Internet United: an open and free internet that unites all users in one community.

“In Russia, the digital technologies sector is developing rapidly. President Vladimir Putin adopted a national goal: digital transformation. We have one of the strongest educational, scientific and engineering schools. The IT industry is represented by tens of thousands of companies and hundreds of thousands of specialists. Software exports from Russia are only growing; they have risen almost 20 percent compared with last year. In addition, Russia has built a powerful system to encourage the IT industry. Packages of gradually adopted measures aimed at developing the industry are being implemented. For example, about four billion roubles are being allocated annually as grants to support IT projects and companies introducing digital solutions,” Dmitry Chernyshenko said. He noted that the pandemic became a driver of digital transformation and influenced the development of the digital economy. People started to use digital and online services more often. Mr Chernyshenko also noted that the further growth and development of IT solutions and the digital economy would be impossible without global cooperation, decision synergy, and, most importantly, without the development of an international legal framework.

The Deputy Prime Minister focused on introducing artificial intelligence (AI) technologies in the economy. He believes that regulatory barriers preventing AI penetration should be lifted. Russia has been working towards this end for a long time.

“The issue of ethical regulation in the field of AI is relevant for the entire world. People are Russia’s main priority, and AI should work for the good of society. Russia has developed the Artificial Intelligence Code of Ethics, signed by leading companies, universities and foundations. It envisages the basic principles of AI implementation: transparency, truthfulness, responsibility, reliability, inclusivity, impartiality, security and confidentiality. I would also like to note the importance of harmonising international legislation in the field of regulating the global internet and the activities of technology companies. It is necessary to develop common approaches towards  protecting personal data on a global scale in order to maintain the balance of rights and responsibilities of all parties in the digital environment. In this context, we note with interest the UN Secretary-General’s recent initiative to develop a Global Digital Agreement. Russia is open for a dialogue with all interested states, companies and expert communities,” Dmitry Chernyshenko said.

The Deputy Prime Minister also added that the 20th UN IGF in 2025 would take place in Russia. Official confirmation of the host country status has already been received from UN representatives.

“Choosing Russia as the venue to host the 20th forum is a great honour for us and evidence that our country’s strong positions in the field of the development of the information society and digital technologies are recognised. We intend to ensure the broad involvement of all the interested parties in the forum’s work. At the same time, we want practical solutions that ensure the openness and security of the internet, while taking into account the interests of all stakeholders in the online space, to be the practical results of the forum,” Dmitry Chernyshenko emphasised.

In conclusion, Mr Chernyshenko wished all the forum participants a constructive dialogue and fruitful work.

On the agenda: expansion of the list of vital medications; support for regional infrastructure projects on developing electric transport; renovation of schools; support for the Russian Far East; modernisation of post offices; and preparations for holding the UEFA Champions League
1
Show More