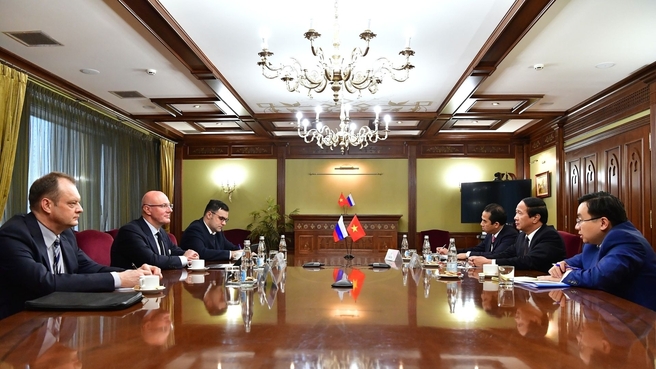 The meeting was held following a joint statement on a vision for the development of relations of comprehensive strategic partnership between the Russian Federation and the Socialist Republic of Vietnam in the period up to 2030. The statement was released after the meeting between President of Russia Vladimir Putin and President of Vietnam Nguyen Xuan Phuc.

“Our main task as the co-chairs of the intergovernmental commission is to help implement the agreements reached. We will have to address a serious complex of tasks; moreover, we have good potential for the development of new areas, such as creating power generating capacities and an infrastructure receiving liquefied gas, as well as establishing a park of renewable energy sources. The signed intergovernmental and interdepartmental documents, as well as commercial agreements, will help in this matter,” Dmitry Chernyshenko said. 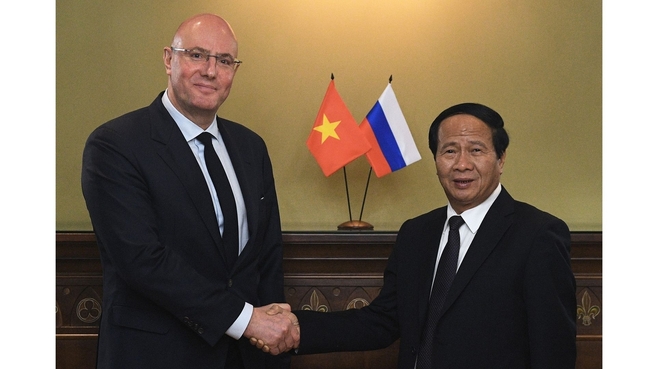 “I am glad to have a meeting with you to discuss our agenda. Following the 23rd meeting of the intergovernmental commission, progress has been made in terms of cooperation between our countries. I would like to thank you for your special attention to our joint work. The statement made by our presidents sets guidelines for the future. The economic cooperation between Russia and Vietnam remains a critical element,” Le Van Thanh said.

The main areas of interaction within the agreements between the heads of state will be trade, economic and research and technical cooperation, including interaction in digital transformation, peaceful use of outer space, and the development of inter-university and academic exchanges. As part of economic cooperation, interaction related to the fuel and energy sector, industrial cooperation and credit and financial areas will be expanded.

After the meeting of the Deputy Prime Ministers of Russia and Vietnam, the following international documents and agreements designed to develop cooperation between the two countries were signed in their presence:

6. Tender request for contracting a feasibility study for the project to construct the Centre of Nuclear Science and Technology in the Socialist Republic of Vietnam.

7. Memorandum of Understanding on Interaction between the Central Bank of the Russian Federation (Bank of Russia) and the State Bank of Vietnam in Counteracting Cyber Attacks.

8. Agreement on launching the full-cycle production of the Sputnik V vaccine in Vietnam.

9. Cooperation agreement on filling and packaging the bulk vaccines Sputnik V and Sputnik Light in Vietnam.

10. Memorandum of Understanding between Zarubezhneft and PetroVietnam on Prospects for Cooperation Development as Part of the Joint Enterprise Vietsovpetro and Rusvietpetro.

12. Cooperation Agreement between the All-Russian Scientific Research Institute of Medicinal and Aromatic Plants and the Specialist Republic of Vietnam’s State Committee for the Mausoleum of President Ho Chi Minh for 2021-2025.