The energy ministers reaffirmed their intention to fulfil their commitments in full and reconfirmed their decision to adjust upward the monthly overall production by 400,000 barrels a day for the month of November to maintain the supply and demand balance. 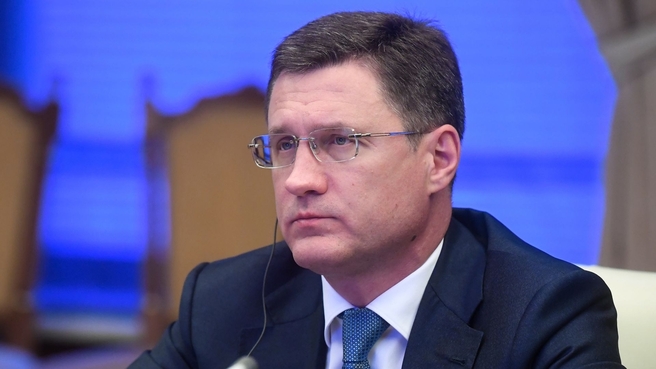 Deputy Prime Minister Alexander Novak co-chaired the 21st OPEC and non-OPEC Ministerial Meeting, held via videoconference. The energy ministers from the oil producing countries reviewed the implementation of the agreement in August and the plans for oil production in November. He emphasised that the coordination of the oil producing nations helps maintain balance on global markets.

“The energy ministers decided to continue cooperating under the agreements reached in early August, notably, to increase output by 400,000 barrels a day every month, including November. This will help us balance the market and continue bringing it back to normal,” Mr Novak emphasised.

Thus, Russia will continue restoring oil output in line with its earlier plans. “This will allow us to reach a pre-crisis production level in Russia,” he added.

Mr Novak said that all parties to the agreement continue to fulfill their commitment voluntarily and responsibly. In August, the implementation of the OPEC+ agreement reached a record 119 percent in the history of cooperation between the OPEC and the non-OPEC states. In August, for instance, the oil producing countries recorded a small surfeit in demand over supply, which allowed them to reduce the common remainder by 364 million barrels since the start of the pandemic and now they are 130 million barrels below the five-year average, Mr Novak said.

“This largely helps balance and stabilise the market. Today we are seeing increased air and road transport. Considering the economic recovery, we continue restoring output to balance the growing demand.” Mr Novak explained.

At the meeting, Mr Novak invited the participating OPEC+ ministers and representatives to take part in the Russian Energy Week international forum to be held on October 13-15, 2021.

Mikhail Mishustin: “Today, it is important that we draft a long-term construction programme in every region, coordinate all plans, conduct a quick inventory of unfinished projects and see what should be completed, and how much we will have to spend on this from all sources. We have drafted a package of measures for accomplishing these tasks. All of them are included in the draft strategy for developing the construction sector and the housing and utilities infrastructure.”
18 July 2022 Alexei Overchuk’s meeting with Metropolitan Kornily of Moscow and All Russia of the Russian Orthodox Old-Rite Church
18 July 2022 Mikhail Mishustin talked by telephone with Prime Minister of the Kyrgyz Republic Akylbek Japarov
18 July 2022 Mikhail Mishustin’s telephone conversation with Prime Minister of the Republic of Armenia Nikol Pashinyan
1
Show More