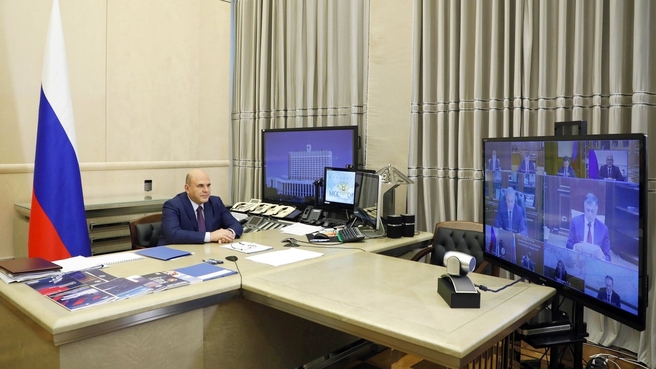 Without exaggeration, this is an historic decision. Integration agreements are bringing Russian-Belarusian relations to an entirely new level and opening ways to form a single economic space, carry out a common macroeconomic policy and give clear targets for joint work in various spheres, from industry and energy to transport and agriculture.

This is a big and important step forward. By uniting their economic potential, Russia and Belarus will be able to achieve greater success both on the domestic market and in international trade. The two countries’ businesses will be able to launch new promising projects, and our people will have equal opportunities to work and receive social support and access to education.

Of course, adopting these documents is a significant step towards forming a single economic space, but it is far from the last. There is a lot of work ahead, above all in the customs and tax spheres, as well as in the unification of payment systems. We need to launch a number of solutions to strengthen cooperation in transport, trade, tourism and communication networks, among other areas.

I would like to ask the heads of all ministries and agencies involved in this work to act as quickly and effectively as possible, in close contact with our Belarusian colleagues. We need to clearly and consistently work out all the necessary solutions envisaged by the agreements between the presidents of Russia and Belarus.

Today, we will discuss progress in carrying out a number of the President’s instructions. Speaking at the United Russia party congress, the President said it was important to look closely into what needs to be done to improve forest protection and instructed [the relevant bodies] to develop a mechanism for assisting the regions in their efforts, including assistance that can be provided by the Emergencies Ministry and other ministries. The President’s instructions also included the allocation of additional funds to achieve these objectives.

Mr Borisov, please brief us on how the President’s instructions are being carried out.

Yury Borisov: Mr Mishustin, [the President] instructed that 24 billion roubles be additionally allocated until 2024 to boost the regions’ potential for protecting forests and fighting wildfires. Aggregately, the regions will receive about 41 billion roubles in subventions to exercise their powers in forest protection next year, including about 14 billion roubles to prevent and fight wildfires.

This decision helps bring the funding of the regions up to standard rates. The funds will be largely used to prevent and fight wildfires in the regions in the Far Eastern and Siberian federal districts, where the risk of wildfires is the highest. It is important to ring-fence these funds, so they are only used to prevent and fight wildfires. The President talked about this at the meeting on 6 August. I want to note that this is the first time since 2007, when the government delegated powers to the regions to address all forest protection issues, that a decision has been taken to provide funding to the regions in full, so they can carry out relevant activities.

Mr Mishustin, the Government and United Russia discussed the procedure for calculating standard costs of protecting forests from wildfires and the methodology for distributing subventions among regions. The new principles will be developed in detail jointly with the Finance Ministry, and, to ensure the fair distribution of funds, we suggest that in October we approve a new version of the Government’s resolution on the methodology for distributing subventions for forest protection purposes. This approach was supported by participants in the meeting of the Russian State Council Commission on Environment and Natural Resources. The additional funding will allow [regional authorities] to significantly increase the effectiveness of their efforts to protect forests from wildfires, which occur almost year round, including because of climate change.

The regions will receive additional funding for monitoring and extinguishing wildfires and also for beefing up their parachute firefighting services by about 1,400 employees and, accordingly, increase the number of aerial forest protection squads by 35, primarily in the most vulnerable regions. The number of aerial and ground forest patrols will be increased almost threefold, which will allow us to boost the effectiveness of efforts to extinguish wildfires across small areas and to faster meet response targets. All regions will be able to detect wildfires in an area of 200 hectares maximum and extinguish them within one day. This is the foundation of our success in the future.

Mikhail Mishustin: I would like you to promptly prepare all the necessary documents together with Ms Abramchenko.

Last week, the Government discussed yet another initiative from United Russia. It aims to streamline vehicle inspection legislation.

The idea is to make vehicle inspection voluntary for people.  It will release motorcycle and car owners from an oftentimes unnecessary and, importantly, sometimes ineffective procedure.

Mr Khusnullin, would you please tell us how work on this initiative is progressing?

Last February, in view of the coronavirus pandemic, a decision was made, so as to minimise health risks for the public, to postpone until 1 October the introduction of a new procedure for vehicle inspection with electronic test cards and photographs in an automated vehicle inspection system.

I and my colleagues in the Government’s road traffic safety commission have given thorough consideration to the vehicle inspection issue. I gave a number of instructions to simplify the vehicle inspection procedure because it was obvious that the procedure has become a formality, requiring time and significant money from around 30 million car owners each year.

Major analytical work has been done with contributions from the Interior Ministry, the Ministry of Economic Development and the expert community. In particular, it was found that road accidents involving cars and vehicles with technical defects account for about one percent of accidents a year. This means technical tests have a small correlation with ensuring road safety.

The government commission upheld the proposal. We believe it will cut the number of vehicle inspections from the current 30 million to 6-8 million per year.

At present the draft law on changing the vehicle inspection procedure is being prepared, and it is to be submitted to the State Duma as early as this week.

The Government will certainly support the initiative. Experience shows that motorists are proactive about their own safety. It would be right to let them monitor the condition of their cars themselves.

Let us move on to our discussion.