The participating countries have reconfirmed the earlier approved decision to adjust upward the monthly overall oil production by 400,000 barrels per day for the month of October 2021 to maintain the supply/demand balance. 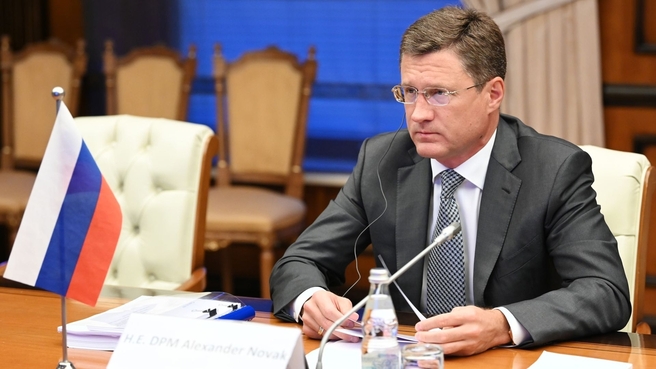 As co-chairman, Deputy Prime Minister Alexander Novak held the 20th OPEC and non-OPEC Ministerial Meeting. Within the framework of the consultations, which were held via videoconference, the participants reviewed the implementation of the commitments that were earlier assumed by the participating countries to adjust production in July, as well as the production plans for October, the Deputy Prime Minister said after the meeting.

“Overall conformity to the production adjustments in July stood high at 109 percent,” Alexander Novak went on to say. “The participating countries are behaving responsibly with regard to complying with the arrangements. In assessing the current market conditions and agreeing to our strategy going forward, we decided to confirm an upward adjustment of monthly production by 400,000 barrels per day in October. For Russia, this means a production increase of about 100,000 barrels per day additionally in September and October as compared with August.” Russia continues to gradually restore crude oil production, which was reduced during the pandemic.

“Of the 2 million barrels that were cut in May 2020, which was the most difficult period when demand fell by 20 million barrels, we are working to restore the rate of production and will produce 1.3 million barrels by October. In fact, this will be about 65 percent of the level we were at after the previous cut. This is a very good number, and recovery is happening fast. I think that by May 2022 we will reach the pre-crisis level,” Novak said.

According to Novak, the demand for oil is growing as well. “In 2021, we expect demand to grow by about 6 million barrels in average yearly numbers, and there will be about 3-4 million barrels left until full recovery next year,” he added.

The Deputy Prime Minister added that current demand for oil stands at 95 million barrels per day, which is still below the pre-crisis level of 101 million barrels per day. “This is a significant recovery resulting from vaccination,” he said. “Air traffic has recovered to 83 percent of pre-crisis levels, and road transport is basically back to normal. These factors impact the market and, of course, we will monitor it on a monthly basis.”

The next OPEC and non-OPEC Ministerial Meeting will be held in early October.

Deputy Prime Minister Dmitry Chernyshenko held a meeting with Foreign Minister of the Socialist Republic of Vietnam Bui Thanh Son to discuss the implementation and expansion of the list of the top priority Russian-Vietnamese investment projects. They focused on actions designed to build up cooperation between the two countries in trade, the economy and banking.
27 September 2021 Meeting with deputy prime ministers

Agenda: Renewing and expanding the employment incentive programme, Concept for Creative Industries’ Development, promoting domestic tourism.
24 September 2021 Alexander Novak speaks at high-level dialogue on energy at the UN General Assembly The key theme of the event is to attain the Sustainable Development Goals and a clean power industry
1
Show More