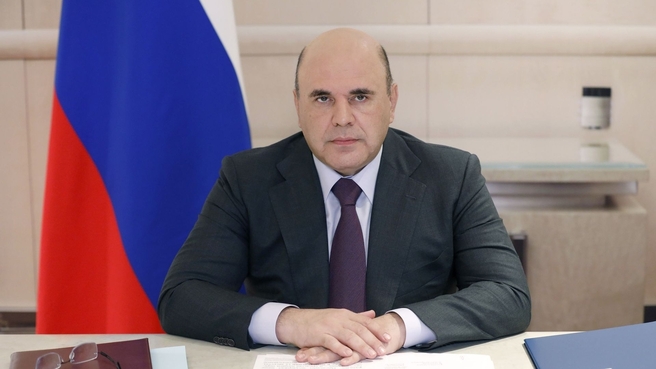 This week the President held a meeting on the preparations for the upcoming academic year, where he raised the issue of lump sum payments of 10,000 roubles for schoolchildren.

We planned to make the payment on 16 August. But technically everything is ready to do it sooner. The President supported our proposal, and we will start transferring funds as soon as Monday. Today we will make all the necessary amendments to the government resolution so that parents will receive the money earlier and will have more time to get their children ready for school. This includes over 20 million children aged 6 to 18 years.

We will begin payments for families with children with disabilities aged 18 to 23 studying under the main education programmes two weeks earlier.

Another issue: yesterday I concluded my working trip to the Far Eastern and Siberian federal districts. In line with the President’s instructions, I held a meeting on disaster relief efforts. We had an in-depth discussion with heads of Russian regions of the measures taken to counter the floods and wildfires across the country as well as what additional steps are necessary. The main thing is to protect people from the elements and help the victims as well as to restore the damaged infrastructure and prevent further damage.

Let me once again draw the attention of my deputies, relevant ministers and agency heads as well as heads of regions: you must personally monitor developments in the affected areas.

During the trip, we visited two Far Eastern regions: the Sakhalin Region and the Khabarovsk Territory, as well as the Irkutsk Region. Everywhere we went, we talked with the locals. On Iturup, we had a meeting with representatives of fishing companies and discussed the idea of creating a special tax regime for the Kuril Islands, as well as measures necessary to support manufacturers.

In Yuzhno-Sakhalinsk, we had an in-depth discussion of the operation of the united Far Eastern Airline. Last Monday they made test flights. Regular flights along the subsidised routes have to begin in the second half of August. At the same time, the company’s flying stock will expand, primarily with Russian aircraft. In Komsomolsk-on-Amur and Irkutsk, we toured around aircraft factories producing such up-to-date aircraft. We also visited the Amur Shipbuilding Plant, one of the largest enterprises in the industry.

A lot of socially important programmes are being implemented in the Far East. The locals told us about their experience of participating in them. Such feedback is highly valuable. The resettlement of people from dilapidated housing and the supply of gas to households have been progressing consistently. The Far Eastern mortgage programme is in demand.

At the same time, there are a lot of unresolved issues in these regions, including in healthcare. They must be addressed. We will provide for funding in the next three-year budget to complete the construction of a children’s hospital complex in Komsomolsk-on-Amur.

Several decisions have already been made. Today we will allocate 525 million roubles to the Irkutsk Region to purchase medical equipment. This money will help ensure the new healthcare facilities under construction with everything necessary and open them for people in need of high-quality medical assistance as soon as possible.

Today we will also allocate money to the Sakhalin Region for it to address the issue of additional equipment for the Kuril Hospital on Iturup Island.

Moreover, the federal centre will help with construction of the Irkutsk Suvorov Military School in line with the President’s instructions.

I would like to ask you to carefully consider all the decisions and proposals made during the trip and promptly add them to the list of instructions.

Today the agenda of the government meeting includes decisions we started to work on even before this trip. We will provide additional financial support worth about 460 million roubles to the Khabarovsk Territory. In order to do this, we will redistribute funds under the Socioeconomic Development of the Far Eastern Federal District programme. The Khabarovsk Territory will be able to invest it in improving courtyards of residential buildings in Komsomolsk-on-Amur and purchasing utility equipment to do this.

The environment is another topic we will touch on today. During this and next year, we will additionally allocate over 2.5 billion roubles for measures to reduce harmful emissions into the atmosphere in three cities: Novokuznetsk, Omsk and Chita. Funding will be allocated to the Trans-Baikal Territory, the Kemerovo Region – Kuzbass and the Omsk Region.

Today we will also discuss a number of documents related to the further development of the Republic of Crimea and the city of Sevastopol.

Work will continue on an expedited basis to update the communal infrastructure in Crimea. We will allocate over two billion roubles for the renovation and overhaul of water pipelines. We hope that this will ensure a reliable supply of drinking water to residents of a number of districts in the Republic of Crimea within a short time.

In addition, almost two billion roubles will be allocated to ensure the balance of Sevastopol’s budget. The money will be used to pay healthcare workers and cover a number of other necessary expenses, among other things.

We will also improve the operation of the free economic zone in this area. We will increase the minimum investment rate required to implement an investment project in the free economic zone in these regions. For small and medium-sized businesses, it will be at least six million roubles, and 60 million in the first three years of work for others. We will also introduce mandatory monitoring of businesses’ fulfilment of the terms of the contract.

These steps will make it possible to attract larger investments to the region and speed up the decision-making on the development priorities. They will help to achieve the goals set in the state programme of the socioeconomic development of the Republic of Crimea and the city of Sevastopol.

In line with the President’s instructions, a bill has been drafted on improving the housing conditions of the employees and retired personnel of the law enforcement agencies. It will provide them with more opportunities. First of all, all those in need of housing will be able to choose between a lump sum payment and a ready apartment.

Those who left the service for health reasons or due to personnel changes will still have the right to receive a lump sum for the purchase of housing. In addition, those who retired from law enforcement agencies after working for at least 25 years will be able to continue using service apartments while waiting for their own housing.

All those who chose law enforcement as their profession work in difficult conditions. Every day they demonstrate selflessness and risk their lives. The decisions made today will help them and their families feel more protected.