The agenda includes streamlining development institutions and expanding the list of online services for exporters. 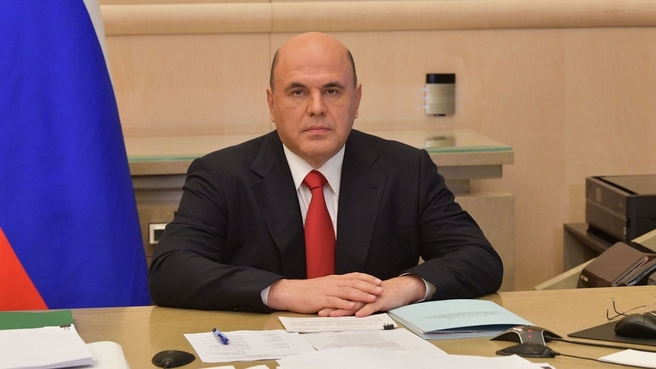 On instructions from the President, the Government will streamline development institutions. They must work in full to achieve the national development goals that have been determined by the President’s executive order.

We have analysed the activities of the main operating development institutions. There are 40 of them today. They were all established to resolve specific tasks, to support innovation, small and medium-sized businesses, exports, regional development, housing construction and industry. These were needed to take definite actions that produced tangible results at one time.

However, new challenges have emerged. They require considerable adjustments to their work and future plans. Our analysis showed that the activities of these institutions have little to do with new national development goals. Common management mechanisms do not exist. Their functions largely overlap with those of the federal executive bodies and commercial companies.

We plan to streamline development institutions in four ways.

First. A large investment bloc based on VEB.RF will be established. The Corporation for Developing Small and Medium Enterprises (SME Corporation), the Russian Export Centre, EXIAR, Rosnano and four funds will be transferred under its control. The latter funds include Skolkovo, the Foundation for Assistance to Small Innovative Enterprises in Science and Technology (FASIE), the Fund for Infrastructure and Educational Programmes and the Industrial Development Fund.

Third. We propose merging several development institutions with similar functions into larger institutions. This includes, in part, two leasing companies – GTLK and VEB-Leasing. A universal bank based on MSP Bank and the DOM.RF Bank will also be established. The Fund for Promoting Housing and Utilities Reform and the Fund for Protecting the Rights of Equity Holders will be united into an integrated Fund for Promoting Housing and Utilities Reforms. The Russian Fund for Basic Research (RFBR) will be attached to the Russian Science Foundation. In addition, the Russian Venture Company (RVC) will be placed under the control of the Russian Direct Investment Fund.

All these measures will make it possible to reduce duplicate functions and set up five large development institutions.

Finally, this new organisational structure will preserve the strategically important organisations that are aimed at developing particular industries and supporting the national defence industry. These include Rosatom, Roscosmos, Rostec, Rosavtodor, Rosagroleasing, the Russian Agricultural Bank (Rosselkhozbank), the Deposit Insurance Agency (DIA), the Russian Ecological Operator, DOM.RF, the Corporation for the Development of the Far East and the North Caucasus Development Corporation. The North Caucasus Resorts joint-stock company will become the Tourist Corporation.

These changes will make development institutions more effective and reorient them towards achieving the national development goals endorsed by the President’s executive order.

One more goal is to transfer government services and administrative procedures into a digital format. The Government is expanding the list of online services that exporters will be able to access from one online location. All of them will be also available to entrepreneurs from their accounts.

Currently, this information system is working in test mode. However, the new digital platform will be soon opened to public access.

The new services will include a search for foreign buyers and the creation of many analytical reports on the structure and trends in exports. In addition, businesses will be able to apply online for government support, like subsidies for taking part in conventions and trade shows.

On the whole, in the first phase it will be possible to submit e-requests for six types of government services and procedures. This will spare small and medium businesses from a lot of paperwork with different departments.