The Prime Minister visited the bridge, a temporary automobile border crossing and spoke with construction workers. 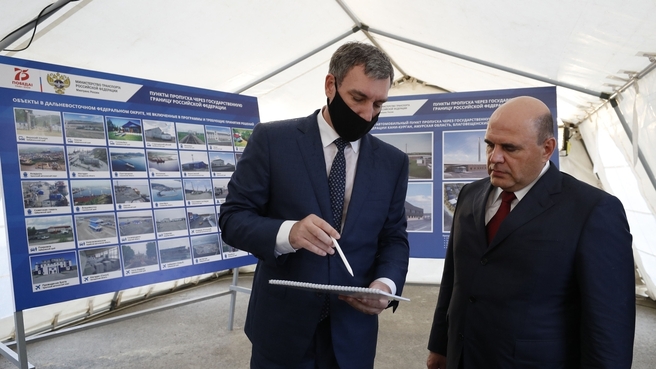 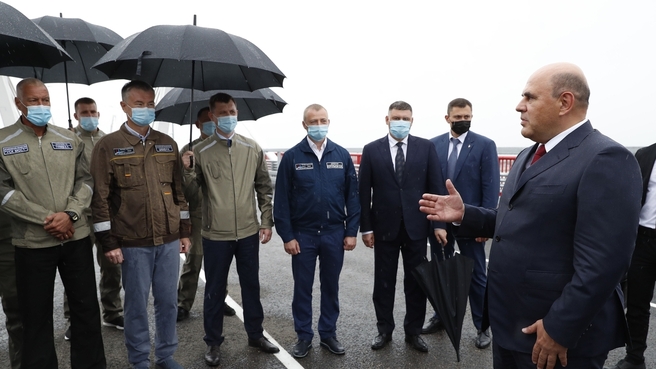 The construction of a motorway bridge linking Russia’s Blagoveshchensk to China’s Heihe started in 2016 and ended in December 2019 under a concession agreement, granted by the Government of the Amur Region and the People’s Government of the Heilongjiang Province, and with a Russian-Chinese company acting as a concession operator.

The crossing will have a transport capacity of over 300,000 cargo and passenger vehicles per year, 4 million tonnes of cargo, and up to 2 million passengers.

A permanent automobile crossing checkpoint Kani-Kurgan will be created near the bridge. Until then, a temporary checkpoint will process the border crossings.

The meeting, held via videoconference, focused on developing healthcare and the pharmaceutical industry, tax and customs legislation, trade, the consumer market and technical regulation, energy, natural resources and the environment.
9 October 2020 Mikhail Mishustin’s meeting with Prime Minister of the Republic of Belarus Roman Golovchenko

The event was held after a meeting of the Eurasian Intergovernmental Council.
9 October 2020 Mikhail Mishustin meets with Prime Minister of Armenia Nikol Pashinyan

The meeting was held via videoconference.
23 September 2020 Mikhail Mishustin and Hans Kluge discuss promoting Russia’s cooperation with the WHO and anti-coronavirus measures
23 September 2020 Government meeting