The meeting followed a session of the Eurasian Intergovernmental Council. 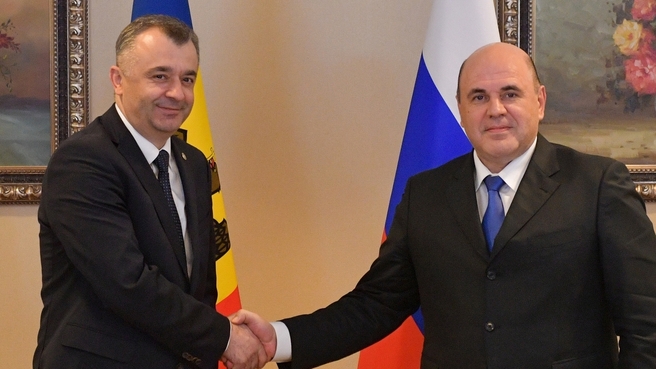 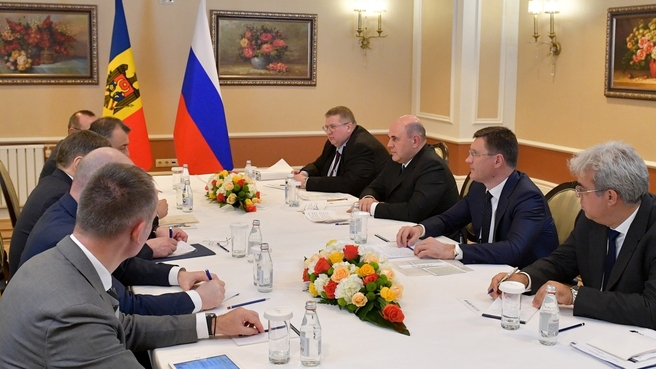 Mikhail Mishustin: Welcome once again, Mr Chicu. Thank you for congratulating me on my appointment as Prime Minister of the Russian Federation.

You and I are taking part in the Eurasian Intergovernmental Council for the first time. You represent Moldova, which has observer state status in the union. Let me say upfront that we are very interested in expanding cooperation with Moldova and making it more substantive, primarily in trade and the economy.

Along with the active dialogue between our countries’ presidents, contacts between our governments are gradually restoring as well. We regard your visit to Moscow on 20 November 2019 as confirmation of the new Moldovan government’s interest in developing constructive cooperation with Russia. Under the presidential agreements, Russia has taken important measures to liberalise trade and economic relations with Moldova on the import of fruit, vegetables and winemaking products. Duty free entry has been established for five categories of agricultural products: fruit, berries, fresh and canned vegetables, and wine products.

Our recordings show that from October through November 2019 our bilateral trade grew 6.1 percent compared with the same period in 2018: up to $1.5 billion. And of course, we are looking forward to the further development of our relations, both bilateral and within the EAEU.

Ion Chicu: Mr Mishustin, let me once again congratulate you on your appointment as Prime Minister of the Russian Federation. I wish you success in the name of the Russian peoples’ prosperity. And, of course, we hope that the traditionally friendly relations between our nations will continue between the governments. Indeed, I was in Moscow last November. This was the first meeting between our two countries’ prime ministers in the last seven years, and the fact that we are meeting again proves that we want to restore normal relations. I would like to thank the Russian Government for what has been accomplished after my visit last November. The authorisation issues for transport were resolved quickly, which saved the exports of fruit and vegetables at the end of the year. We will return to this issue for 2020, because we understand that the number of permits is limited.

I would like to tell you with special gratitude that we have completed the stage of the gas issue since 1 January. I would like to thank you for extending the supply contract. The categories of duty-free export goods for the Russian market were also expanded in January after our request. I also have information that the list of companies that can export goods to the Russian market exempt from duties was expanded just a few days ago. This means that all these efforts, our requests to expand our economic cooperation have found understanding, and I believe this reaffirms your wish and ours to strengthen ties, including economic ties, between our nations.

Agenda: Finalising the national economic recovery plan; cleaning up of the oil spill near Norilsk; and measures to develop tourism and open the resort season.
7 June 2020 The Government approves rules for allocating funds on road improvement in Crimea Federal funding will help repair at least 166 kilometres of roadways.
5 June 2020 Mikhail Mishustin approves interim procedures for distribution of drugs to treat the novel coronavirus infection This resolution will help provide enough medicines to those who need them.
1
Show More