Dmitry Medvedev: “Our cooperation has reached a new level in all areas, from the economy and politics to security, culture and education. Today, trade between Russia and all SCO member states totals nearly $150 billion.”

Heads of delegations of the Shanghai Cooperation Organisation’s member states: 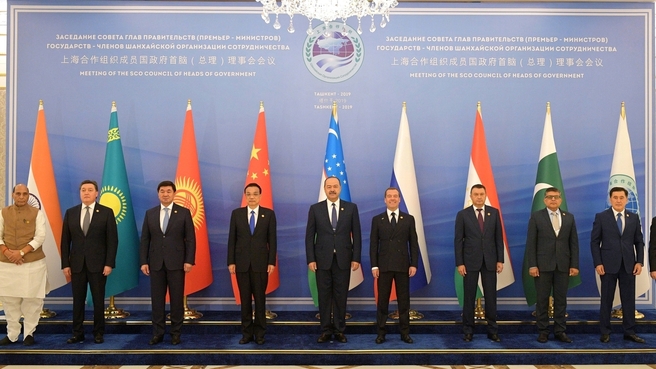 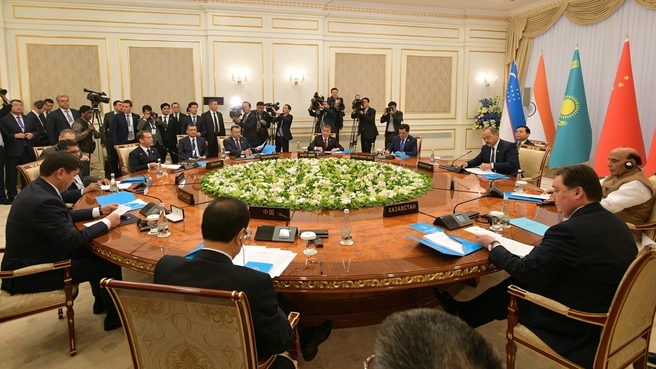 The restricted attendance meeting of the SCO Heads of Government Council 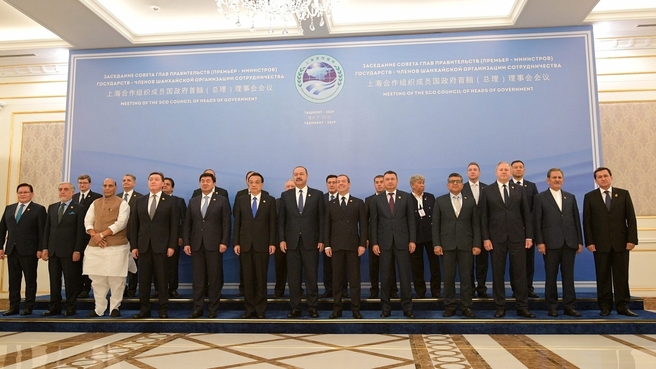 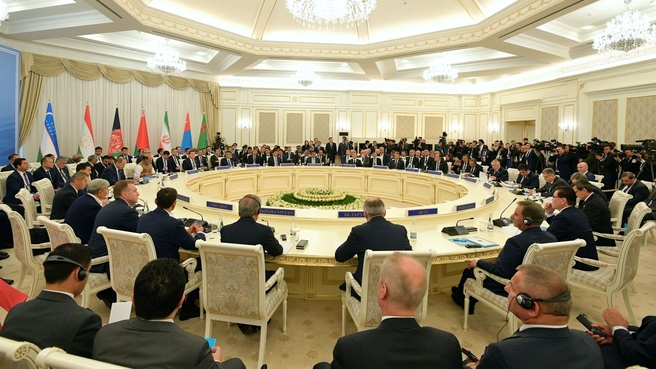 Expanded meeting of the SCO Heads of Government Council 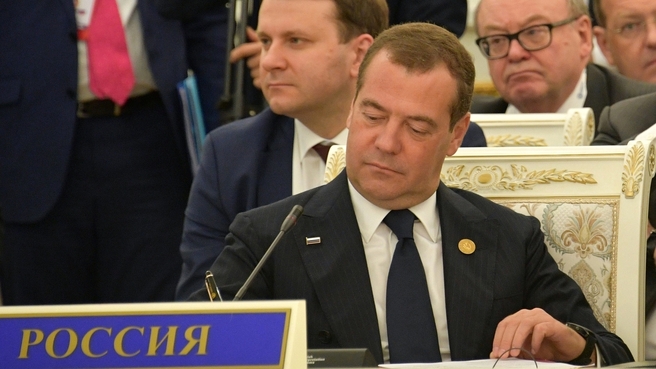 Defence Minister of the Republic of India Rajnath Singh;

Prime Minister of the Republic of Kazakhstan Askar Mamin;

Premier of the State Council of the People’s Republic of China Li Keqiang;

Prime Minister of the Republic of Uzbekistan Abdulla Aripov.

Expanded meeting of the SCO Heads of Government Council

I would like to take this opportunity to thank our Uzbek friends for a warm reception and for their efforts to organise our event.

Our cooperation has reached a new level in all areas, from the economy and politics to security, culture and education. Yet, as we mentioned in the restricted attendance meeting earlier, the environment in which we interact is not ideal: one way or another we are all facing pressure, protectionist methods, trade wars and sanctions. This certainly does not make our work easier. But even under such conditions, in this complicated situation, we are moving forward, our cooperation is growing and mutual trade is increasing.

I remember that back in 2001, when the agreement on establishing the Shanghai Cooperation Organisation was singed – and I remember how it happened – even our mutual trade with the People's Republic of China stood at some $10 billion. Today, trade between Russia and all SCO member states totals nearly $150 billion, and the organisation's contribution to these figures is obvious.

To consolidate this trend and boost economic cooperation, today we will sign the updated Programme of Multilateral Trade and Economic Cooperation of the SCO Member States. It puts special emphasis on the digital sector, information technology, innovation and the environment, which I think is important.

At the summit in Bishkek in June, the Plan of Action for the Implementation of the Concept for Cooperation in Environmental Protection was adopted, with the additional Programme for Enhancing Environmental Wellbeing.

The digital sector is highly important in general, and the programme for trade and economic cooperation that we are going to adopt will allow us to address the issues of infrastructure services availability for residents of remote and rural areas. This is of great importance for all [SCO member] states – and Russia is no exception. Our country has submitted a proposal on developing such a concept and a plan for its implementation. We hope that this will be adopted at the SCO Summit in St Petersburg in 2020.

Attention should be also paid to cooperation in traditional sectors, particularly, in energy. The SCO member states, as well as observer states and partners, together produce over 20 percent of the world's oil. Yet, it is impossible to rely solely on raw material exports. There are other technologies that we should implement, including renewable and alternative energy sources. And, of course, efforts should be made to increase energy efficiency.

None of this can be developed without transport infrastructure. We are planning to build new routes. Recently, we adopted a decision on providing finances for the construction of the Moscow-Kazan new toll motorway as part of the project for an international transport corridor from Europe to Western China. The construction is due to begin next year. We also pay attention to expanding the railway network. The concept for the interaction of railway administrations, which we will approve today, will boost the efficiency of railway services. A memorandum will also be signed between customs services, which will allow for creating a unified transit system.

Agriculture is another promising area of cooperation. In 2018, the SCO Cooperation Programme on Food Security was signed in Dushanbe. I hope that the agriculture ministries will soon introduce a comprehensive plan for its implementation, which has already been developed. We are cooperating with the United Nations in this field. Today, the SCO Secretariat will also sign a Memorandum of Understanding with the Food and Agriculture Organisation of the United Nations. I am confident that it will serve as a driver for the sector's development.

SCO member states boast huge potential in other fields as well – I am referring to such important and complex areas as nuclear technology, information technology, healthcare and education.

We must also address financial infrastructure issues. I would like to draw your attention to proposals by Kazakhstan on developing specific steps to switch to reciprocal payments in national currencies within the SCO. This is a very good initiative, and it should be implemented. We invite SCO financial and banking experts to attend a roundtable that will take place in Moscow in early 2020. We hope that it will bring about results that will allow us to utilise advanced means of payment relevant in the current conditions of trade.

The Shanghai Cooperation Organisation has proved to be an effective platform for discussing national development strategies. One of the related areas is the initiative of the Greater Eurasian Partnership. This is a major project based on openness and equal rights.

The Eurasian Economic Union (EAEU) member states are set to become partners in implementing this project. The efforts have already brought certain results. Just recently, on 25 October, the Agreement on Trade and Economic Cooperation Between the EAEU and China entered into force. Talks will begin soon on a similar document with India. A preferential trade agreement has been signed between the EAEU and Iran. Talks are underway with India on an agreement on creating a free trade zone.

Sustainable development greatly depends on stability in our region. International terrorism is a global challenge to the entire civilised world. In order to combat extremist ideas and counteract terrorist ideology, particularly in the countries that are facing problems in this regard, we must boost close cooperation between law enforcement agencies and special services.

And, of course, we must make every effort to facilitate the return to peaceful life in Afghanistan. Yesterday we spoke about this with Chief Executive of the Islamic Republic of Afghanistan Abdullah Abdullah. We should think of specific projects that would allow the Afghan economy to come out of the crisis and become an active player in the regional political and economic processes. We must continue to join efforts to accomplish this.

In conclusion, on a different note, I would like to mention one event that is important for the history of our nations and the history of civilisation. Next year, we will mark the 75th anniversary of Victory in the Great Patriotic War. This is a special date. I am confident that the anniversary will refresh the memory of the days when we stood together to fight a common threat, and will promote greater trust and mutual understanding between our nations in the future.

I would like to take this opportunity to invite you to attend the celebrations that will take place in our country.

Decisions by the Shanghai Cooperation Organisation’s Heads of Government Council regarding: