This Foreign Investment Advisory Council meeting is special. This year, the Council turns 25. 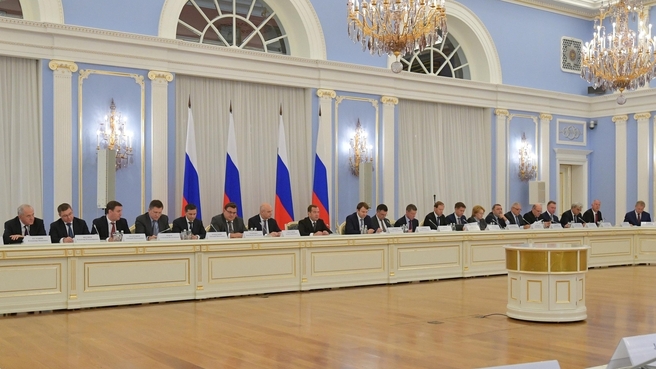 A very good platform, even unique in some aspects, has been created over these years. Where else would top Government officials be able to talk directly with the representatives and heads of major companies? Probably, no other place.

In 1994, when the Council became operational, investments amounted to about $700 million. Now, the annual inflow of investments is measured in the billions.

The total capital investment by the companies that are part of the Foreign Investment Advisory Council amounts to about $180 billion.

The investors’ interest in Russia hasn’t weakened over the years either. On the contrary, even after the sanctions had been imposed, the volume of investments under the FIAC continued to grow and increased by approximately 50 percent over a period of the past five years.

In addition to the 53 companies that are Council members, four other companies received observer status. Ten companies that stood at the origins of the FIAC are still working at the Council.

I’m quite sure that this kind of work is giving a positive boost to your respective industries.

Things are looking good in the economy in general. The volume of industrial output and trade is up, macroeconomic indicators in Russia are at a very good level, and inflation is low. We are doing our best to move up across a variety of ranking systems. This in itself reflects the general state of our economy and our successes and mistakes.

All this was a natural outcome of the Government’s work to improve the investment climate. International financial reporting standards were introduced including thanks to your recommendations. The migration legislation was improved, and it became easier to attract specialists, although things here, probably, were not as smooth as we wanted them to be. The time it takes to obtain title registration and building permits was reduced, and grid connection procedures were simplified.

We launched a mechanism for the operational management of systemic changes in the business environment. Last January, I signed an action plan to transform the business climate with about 140 initiatives, which have been coordinated with businesses both in Russia and internationally. 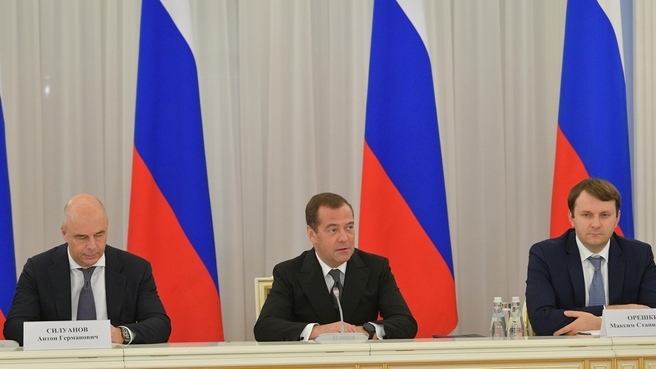 We started a fairly complicated process called the control and oversight activity reform, which is the proverbial “regulatory guillotine.” The point is to get rid of all obsolete documents, and do so very quickly. We have a lot of these documents, including those created back in Soviet times.

We are also creating a new code on administrative offences, as the current one is cumbersome and overly complicated. This work will be completed soon.

This year, we updated the special investment contract (SPIC 2.0.), which will help improve the situation. It provides guarantees for a steady business environment for 15 to 20 years, and also exempts investors from a number of taxes.

We continue to work on the investment protection law which is new legislation. This draft law involves promoting entrepreneurial activity through guarantees of stability for the investment activity environment. Soon, our parliament will review this draft law.

Solutions that are part of the budget process, as well as cooperation with the Russian development institutions, such as RDIF and VEB.RF, create additional opportunities.

Alexander Ivlev (Ernst & Young’s CIS Managing Partner): The anniversary meeting of the Foreign Investment Advisory Council was held today. In particular, several numbers from a study conducted by the Advisory Council in conjunction with the Ministry of Economic Development were made public. The research studied 95 companies with 53 of them on the Advisory Council.

If you look at the dynamics from 1994, when the Council was established, through 2018, the cumulative investment totals $585 billion. The Council members invested $184 billion. In other words, every third dollar invested in the Russian economy was invested by a FIAC company.

Ninety-one percent of the participants confirmed that Russia is a strategically important market. Asia is the leader in terms of foreign investment growth. Next year, the Asian companies plan to increase their investment in Russia by 41 percent, Europe and the United States by 29 percent.

Moscow and the Moscow Region, Central Russia and northwestern Russia are the regions that interest international businesses the most. The Russian Far East is becoming more attractive for international companies, especially the companies representing the Asian market, as well as the ones involved in mining and subsoil use operations.

Maxim Oreshkin: Many companies have mentioned their plans to implement new projects, both in natural resource extraction and high-tech industries. All of them noted an improvement in the investment climate. Progress observed in the Doing Business rankings is received well by the companies. An independent survey conducted by Ernst & Young confirms this trend.

We discussed increasing labour productivity and agreed that robotics, digitalisation and the use of artificial intelligence taken together can give a serious boost to labour productivity, and leading foreign companies can help promote this positive trend.

The Government noted that the arrival of foreign investors matters not so much because of their money as their expertise, including managerial and technological expertise. So, in all areas, joint work with foreign companies will allow us to achieve the Government’s goals.

With regard to production projects, when it comes to oil and gas, we are primarily speaking about the investment being made by Patrick Pouyanne of Total. He had questions about taxation at the regional level, but judging by the Finance Ministry’s response, these issues will be resolved soon.

There are other projects, such as in gold mining. Kinross Gold, which has been active on our market for 25 years now, plans to increase its investment in new fields. Here again, there is full support from the Government.

The Prime Minister visited the bridge, a temporary automobile border crossing and spoke with construction workers.
14 August 2020 Alexei Overchuk takes part in a meeting of co-chairs of the Russian-Tajikistani Intergovernmental Commission on Economic Cooperation
13 August 2020 Meeting on the construction of Baimsky Mining and Processing Complex

Mikhail Mishustin: “The Baimskaya range ranks among the world’s five largest undeveloped sites with rich deposits of copper, as well as gold, silver and molybdenum. Developing this area will support the entire Chukotka Autonomous Area, and will have a positive effect on reaching our federal goals, including increasing cargo volume on the Northern Sea Route and developing the Arctic zone in general.”
10 August 2020 Alexei Overchuk holds Russian-Cypriot talks