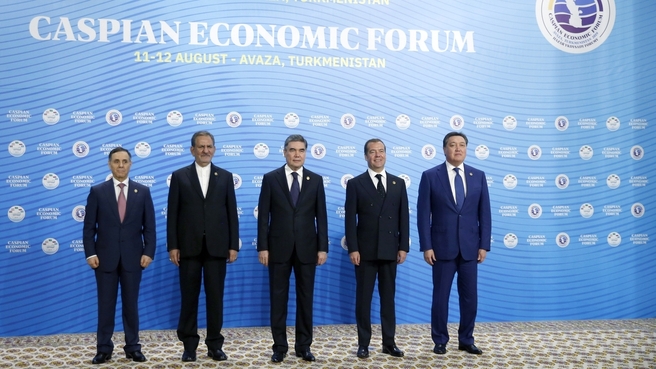 The decision to organise the first Caspian Economic Forum was made at the fifth Caspian Summit held on 12 August 2018 in Aktau, Republic of Kazakhstan. Following the summit, the presidents of the Caspian states adopted a statement reflecting their initiative to organise the first Caspian Economic Forum in 2019 in Turkmenistan. This event is designed to become an important link in the implementation of agreements and further promotion of cooperation in the Caspian region. The forum participants will focus on such issues as expanding trade, economic and transport cooperation, creating conditions for large projects, the role of the Caspian regional economy in the global context and attracting investment in various economic sectors of the Caspian states. 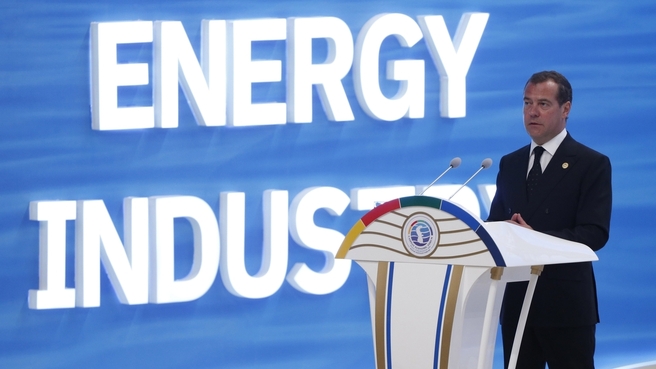 First of all, I would like to offer words of appreciation and gratitude to President Gurbanguly Berdimuhamedov and all our Turkmenistani colleagues for the invitation to speak at the First Caspian Economic Forum, and for the warmth and hospitality with which we were greeted in Turkmenistan.

It is no coincidence that we have gathered at the Avaza tourist area today, on Caspian Sea Day, to discuss all the concerns of the littoral states and our neighbours in the region. There are plenty of problems. My colleagues just mentioned them. We also need to talk about new opportunities for investing in the oil and gas industry, electric energy, transport, tourism and agriculture, in energy and transport projects, and, of course, environmental problems.

This forum has a special objective, which is to supplement the multi-level system of cooperation within the Caspian Five with an efficient and up-to-date mechanism of coordination in business, trade and the economy. We must reinforce important political decisions with specific mutually beneficial projects, including projects that involve third countries. This is why heads of government representing non-Caspian states are also attending the forum. The Caspian region must be as open to economic cooperation as possible.

As one of the speakers said just now, a balanced and internationally recognised legal framework for developing this cooperation is already in place. Exactly one year ago, on 12 August 2018, we signed the Convention on the Legal Status of the Caspian Sea. It is a foundational document. Russia is committed to ratifying the Convention in the near future. Signing the Convention was, without an exaggeration, a historic event. Behind this document are years of work. I remember working with my colleagues on the Convention. It is our shared success and confirmation of the fact that we can arrive at mutually rewarding decisions. And we can do it in a peaceful manner, without externally imposed formulas, while respecting each other’s interests and, most importantly, equally sharing both the rights to the natural wealth of the Caspian region and the responsibility for its future.

Today’s agenda focuses on economic and environmental issues, but they are inseparable from the threats our countries face in one way or another. These include terrorism, drug trafficking, organised crime, uncontrolled migration, and many other threats. Hotbeds of tension can be found in the direct vicinity of the Caspian Sea region. It is for this reason that we have to be aware of the responsibility that rests with Caspian states.

The Caspian Sea region has always been at the crossroads of geopolitical and economic interests of a number of major powers, political forces and businesses, as well as various ethnic groups and religions. It has recently emerged as one of the focal points in global politics, for obvious reasons. Primarily, this status is due to the region’s natural resources. Together with the Persian Gulf countries, the Caspian Sea region forms the so-called energy ellipse that accounts for about 70 percent of global oil reserves and 40 percent of natural gas reserves. This is a major geostrategic advantage for Caspian states, and a key area of cooperation.

However, in today’s world economics cannot be reduced to oil and gas extraction. Digital technology, clean energy and sustainable use of natural resources, as well as free movement of goods and services are the factors that make countries strong and competitive. 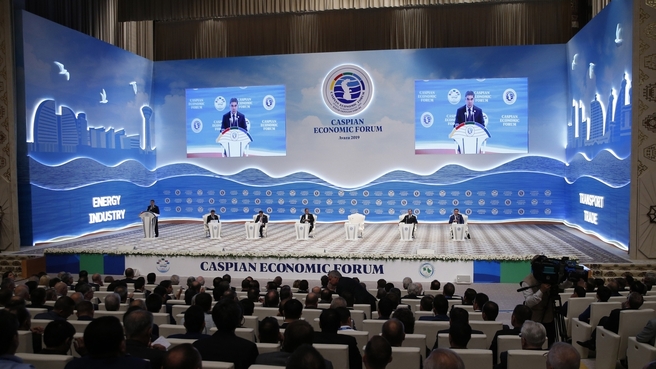 As countries of the Caspian Sea region, we must not stand aside from these trends. The economic profile of our countries should not be reduced to raw materials and has to be much broader. What the Caspian Sea region needs in the 21st century are streamlined transport infrastructure, high-technology and safe manufacturing, incentives to attract investors and unrivalled tourism products. These are the sectors we must prioritise in the years to come. I can tell you right away that Russia is ready to move in this direction.

The second area of cooperation is the development of non-resource-based sectors, which should become new growth points in the Caspian region.

The exhibition of innovative technology of Caspian Sea countries shows that we have such capabilities. Russian companies, as well as participants from other countries have brought their interesting and promising developments: these are drones, cutting-edge construction materials, electrical, technical, test and drilling equipment, and many others. I believe we need to exchange all of this too.

In order to make these technologies and prototypes part of everyday life, we, the governments of the Caspian Sea countries, need to work with investors more actively. We have successful experience in creating special economic zones with granting them preferences. Businesses have an opportunity to combine them in an optimal way. Many companies are already using these to their advantage. We have a special economic zone in Astrakhan; it is called Lotus, and it builds ties with our partners from Caspian Sea countries.

Colleagues, speaking of trade and investments, we must not forget that the Caspian Sea is first of all a unique water body with a fragile ecosystem. The wellbeing of millions of people depends on the condition of this ecosystem. This is the third main area of our cooperation.

I am absolutely sure that all major projects in the Caspian Sea must undergo a thorough and impartial environmental audit with input from all Caspian states. It will be easier to conduct such an audit now. Last year, a five-side protocol on cross-border environmental assessment was signed, which outlines the regulations for the correspondence of the planned activity to environmental requirements.

On my part, I would like to say that Russia is undertaking active steps to preserve the biological resources of the Caspian Sea. A sturgeon farm has been launched in Dagestan. In terms of preserving the ecosystem, we must do everything to provide the future generationы with a living Caspian Sea.

Of course, here on the Caspian Sea coast, I could not fail to mention tourism, which is becoming one of the key sectors of the global economy.

The Caspian Sea region has everything it takes to join the club of top travel destinations, considering its beautiful nature, rich history and culture. This is especially true when it comes to environmental, ethnographic and extreme tourism.

Experts believe that the Caspian Sea coast can accommodate at least one million tourists per year, which exceeds the current figures by a significant margin. But there is a lot to be done to achieve this, including building the required infrastructure, developing competitive tourism offers, including sea cruises with stops at port cities.

Shipyards in Astrakhan have recently built a new-generation cruise ship, the Pyotr Velikiy, and are now fine-tuning it. It is expected to make its maiden voyage next year. It can sail around the Caspian Sea, entering ports in all five Caspian states, or sail on a cruise of the Caspian Sea, Black Sea and the Sea of Azov.

Many new resorts, recreational areas and treatment facilities are popping up in coastal areas as tourism clusters. Turkmenistan has achieved major progress on this front in the Avaza tourism zone. I visited this place 10 years ago, and I would like to congratulate my friends in Turkmenistan on their marvellous achievements in developing this tourism cluster. This is truly impressive.

As the ancient saying goes, mountains protect and divide, while seas unite. This is especially true for the Caspian Sea that our countries share. It truly unites Europe and Asia, the five Caspian states and their partners.

I would like to thank once again our friends in Turkmenistan for their hospitality, and congratulate them on Eid al-Adha. I would like to invite all of you to Astrakhan, where we intend to hold the Second Caspian Economic Forum.

Thank you for your attention. Sag bolun!