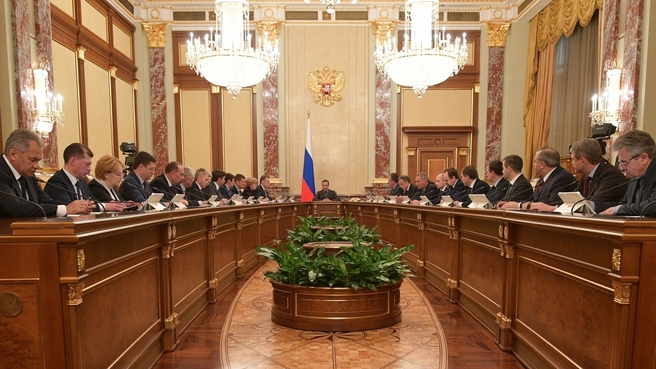 Vitaly Mutko: Today CAS has published its decision. It considered the appeals of our athletes against the decision of the IOC, the so-called Oswald commission, which examined 43 cases against our athletes and decided to disqualify them for life and to deprive them of all medals received at the Sochi Olympics. Athletes disagreed with this and filed lawsuits with CAS.

The Ministry of Sport and the Russian Olympic Committee provided full support to athletes and hired the best lawyers and experts, who proved the innocence of the athletes in the trial.

The decision also influenced the medal standings − Russia regained first place, but the most important thing is that the athletes got their good names back.

Now those athletes who are ready to participate in the Olympic Games in South Korea, who have qualified and have quotas in their sports, will be entered for the Olympics. If the IOC does not invite them, then they will be supported in various lawsuits in the CAS and other relevant courts. Several such lawsuits have already been filed.

As for 11 athletes for whom the CAS upheld the decision on violating the Anti-Doping Rules, part of the sanctions against them have been removed, such as lifetime disqualification, which is, overall, unprecedented. Members of the IOC executive committee, or the commission, who are elected only for a certain amount of time, nevertheless disqualified the athletes for life. We will study the court's decisions on these athletes and, of course, we will monitor the appeal on these decisions. Among these athletes there are such outstanding ones as Alexander Zubkov (bobsled) and our female hockey players.

Three more cases against our biathletes (Zaitseva, Vilukhina) are under consideration in the CAS. We also believe that they can be won.

Proceedings in CAS once again showed that the accusations are completely superficial, unsubstanciated and unfounded.

The reports, made by Mr McLaren, were not confirmed in any way in the court. We can say that the CAS made a decision that there was no system, no manipulation at the Sochi Olympics.

We are open to interaction with all international sports organisations, we will cooperate. We would like it to be mutual and in good faith.

Dmitry Medvedev: We never doubted that our athletes fully deserved all the medals that they won in Sochi. It is good that the court confirmed this completely and proved that our athletes were clean. This is very important from the point of view of the future of the athletes themselves and the organisation of work on high performance sports in our country.

We must do our best so that the athletes who have been cleared of all charges can take advantage of all the opportunities that they have been given as a result of this judicial decision.