The parties discussed the development of trade and economic cooperation between Russia and Sudan, including joint projects in energy, industrial production, agriculture and other areas. 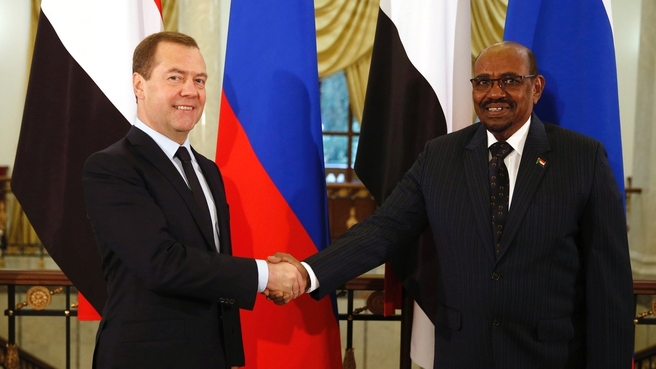 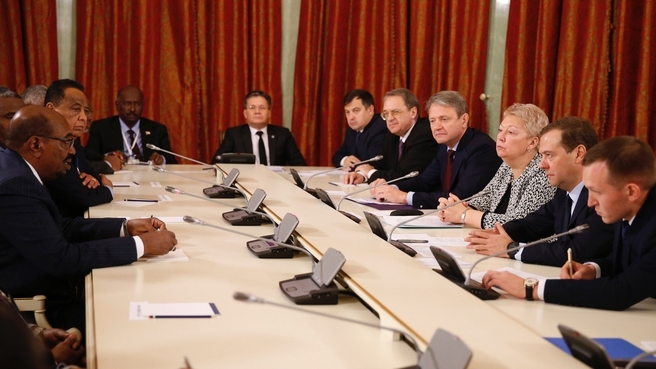 Dmitry Medvedev: Mr President, ladies and gentlemen. Welcome! I am happy to meet you. We spoke once on the phone in October 2010. It has been a long time since then and I am glad you are visiting Russia as the President of Sudan for the first time.

Last year, Russia and Sudan marked 60 years of diplomatic relations, which are based on a very strong foundation. Yesterday, you held talks with President Putin in Sochi. I would like to point out once again that the Republic of the Sudan is an important partner for Russia among the Arab and African countries. In the past years, Russia’s relations with the countries in the region have intensified. Our governments can also make a contribution to expanding our relations. Next month, the intergovernmental commission is meeting in Khartoum to discuss current issues. Today we are signing a substantial portfolio of documents, including two intergovernmental agreements, one on civilian nuclear power industry and another on visa-free travel for holders of diplomatic passports.

Once again, welcome, Mr President. I hope your visit to our country will be productive.

Omar Al-Bashir (via interpreter): Mr Prime Minister, ministers, I am happy to meet with you. It is a great honour for us to come to Russia, and we are pleased to be here. This visit comes as evidence of our relations of friendship and mutual understanding that have developed between our countries and are growing stronger. We confirm our striving and strong desire to advance our relations to the strategic level, in keeping with our aspiration. We are also grateful for Russia’s support for the Sudanese national dialogue, the final session of which was attended by Special Presidential Representative for the Middle East and Africa Mikhail Bogdanov. 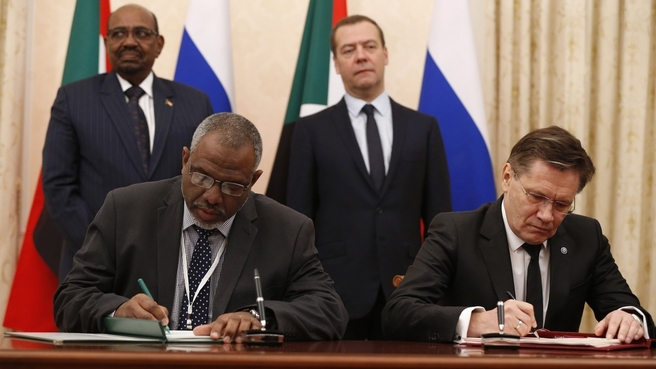 − Agreement on the assignment of licence blocks for geological exploration purposes between Kush for Exploration and Production Co. Ltd. and the Sudanese Ministry of Minerals

The meeting took place during the President of Kazakhstan’s official visit to Russia.
1
Show More