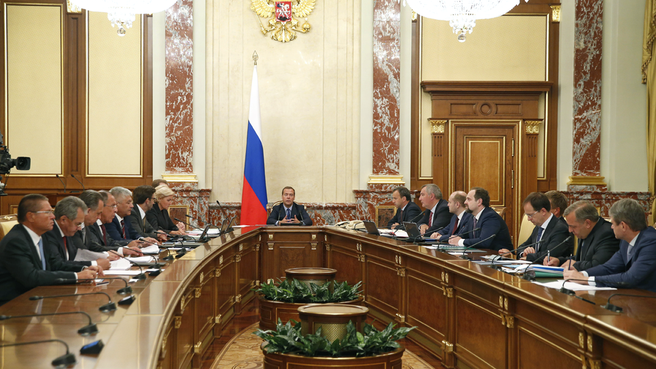 The Government has signed a resolution expanding the list of countries subject to Russia’s retaliatory economic measures. Now the food import ban introduced last August against the European Union states, Australia, Canada, Norway and the United States has been expanded to include several other countries, specifically Albania, Montenegro, Iceland and Liechtenstein, as well as Ukraine on special terms.

These countries joined the European Union’s decision to extend the anti-Russian sanctions.  They explain their decision by the fact that they are obliged to impose these sanctions due to various kinds of agreements with the European Union, but this position is only partly true. A number of states that have similar agreements with the EU have not adopted the anti-Russian sanctions.

Therefore, joining the sanctions is a conscious choice, which shows their readiness for Russia’s response. These measures have now been taken. As for Ukraine, the ban on agricultural imports will enter into force only if its government should implement the economic part of the EU Association Agreement, which Kiev signed in June 2014. We agreed to give some time (until 1 January 2016) to resolve issues of economic regulation. After this period, if we cannot reach an agreement, with the EU as the mediator, and there have been no signs of this so far – the previously adopted documents will enter into force, which set a regular trade regime and food embargoes for Ukraine.

Mikhail Mishustin: “An additional sum of almost 5 billion roubles has been allocated to buy medicines for patients infected with COVID-19 who are undergoing treatment in hospital, including medications that are not registered in Russia, some of which are especially needed by the patients who are seriously ill with COVID-19.”
22 November 2021 Mikhail Mishustin’s meeting with Prime Minister and Chief of Staff of the Presidential Executive Office of Kyrgyzstan Akylbek Japarov
22 November 2021 Meeting with deputy prime ministers on current issues

Mikhail Mishustin: “COVID-19 remains the main issue on the agenda. Our countries are taking measures to contain the infection. The Russian vaccines have proven their effectiveness, and we have organised supplies to the countries of the union. Russia is helping to set up vaccine production. The Travel without COVID-19 mobile app has proven its relevance. Developers are working to add more features and expand its geography.”
18 November 2021 Mikhail Mishustin meets with Prime Minister of Kazakhstan Askar Mamin

The meeting was held on the sidelines of the Eurasian Intergovernmental Council meeting.
1
Show More