Meeting of the Government Commission on the Socio-Economic Development of the North Caucasus Federal District. 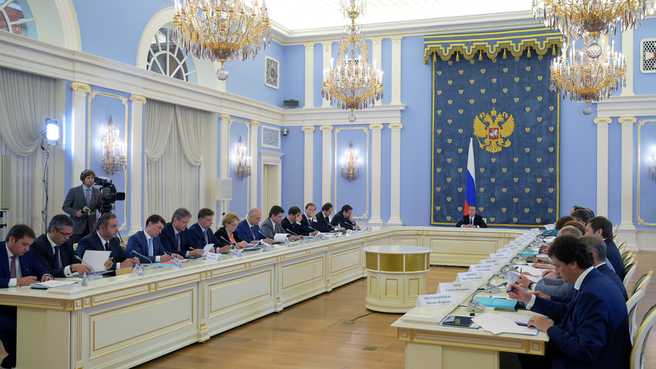 The situation in the global markets and economic conditions remain fairly complicated. Both the federal centre and the regions have to face tough budget restrictions.

While creating conditions for accelerated development of industry and agriculture in the North Caucasus, we will give priority to import substitution projects, developing and introducing new domestic technology and products, generating additional tax revenues and improving employment.

All regions of the North Caucasus have endorsed plans to facilitate import substitution and compiled a list of 30 anchor investment projects in industry and 39 in the agro-industrial sector.

The Government allocated the North Caucasus considerable funds from the federal budget, some of which are intended to reimburse it for part of the expenses on investment loans. It supported the establishment of three industrial parks in the district’s three regions. The recently created Industrial Development Fund was used for this purpose. Five projects of the North Caucasus Federal District, with financing over six billion roubles, have been included on the list of comprehensive investment projects. The funding for the district’s industry is above the national average. In five months, its industrial production grew by 0.7 percent.

We must think about expanding the mechanisms of support for import substitution manufacturing plants in the North Caucasus and draw relevant programmes on providing loans to them with the participation of leading state banks and development institutions. 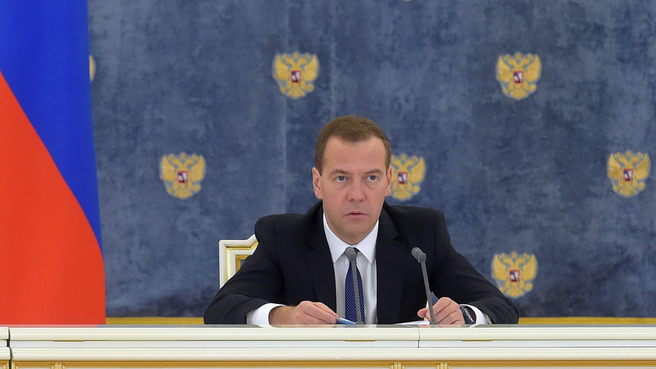 Restrictions on the import of certain food products are a good impetus for our agrarians. Rеcently, we decided to extend reciprocal restrictive measures on some agricultural goods from the European Union and some other countries for another year. That said, there is competition with agricultural producers from other regions on the domestic market, and only those companies that offer decent prices on quality eco-products can be successful in it.

Last year, agriculture in the North Caucasus developed faster than the national average. Its growth rates were 5.3 percent, including seven percent in plant cultivation.

It is necessary to build infrastructure for storing and processing agricultural products in the North Caucasus and for their delivery to major domestic retail chains. It is also essential to work on breeding, genetics and seed cultivation. Our dependence on related imports is very high. This is why it is so important to involve the district’s research institutions in resolving these issues.

Now I’d like to say a few words about the new version of the state programme North Caucasus Federal District Development to 2025. We plan to allocate over 150 billion roubles for its second stage (2016-2020).

These funds will be primarily spent to promote the real economy and implement major inter-regional projects. 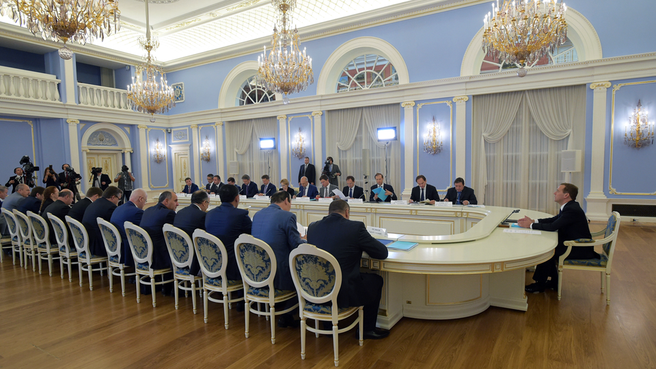 Each of the district’s seven regions will have its own sub-programme that will take into account its industrial and agricultural specialisation, the state of its labour market and other parameters, but the conditions for getting budgetary funding will be the same for all of them. We need an absolutely clear mechanism for assessing and selecting the said projects.

Any federal programme is designed for development purposes. It is not a registry of the federal budget’s social commitments. It should be a fully-fledged instrument for developing the economy of the district and its regions, and should be primarily designed to serve this purpose.