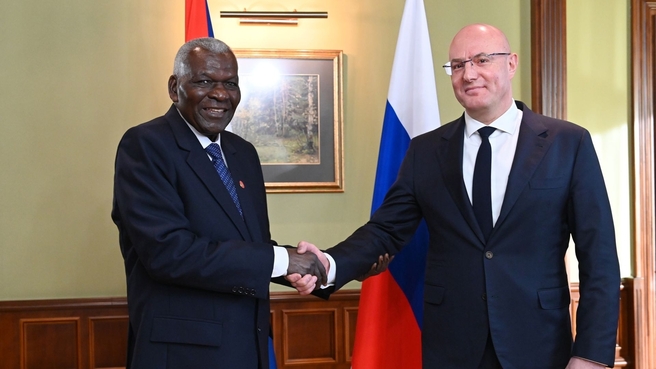 Deputy Prime Minister and Russian Co-Chair of the Intergovernmental Russian-Cuban Commission for Trade, Economic, Scientific and Technical Cooperation Dmitry Chernyshenko met with president of the National Assembly of People's Power, and Council of State of the Republic of Cuba Juan Esteban Lazo Hernandez.

Dmitry Chernyshenko said that the head of the Cuban Parliament’s visit to Russia was a follow-up to an official visit by President of the Republic of Cuba Miguel Diaz-Canel Bermudez to Moscow and was important to Russian-Cuban relations. He noted that the meeting between President of Russia Vladimir Putin and President of Cuba Miguel Diaz-Canel Bermudez was used to review the current state of and plans for the further development of the Russian-Cuban strategic partnership and key areas of bilateral political, trade, economic, investment, cultural and humanitarian cooperation.

“We are now taking specific steps to effectively implement projects in various areas, including energy. Russia is ready to supply wheat to the republic on a humanitarian basis. This issue is being worked through by the related Russian agencies. Russia’s Ministry of Industry and Trade is working hard to get the supply of fertilisers on track,” Dmitry Chernyshenko said.

“We welcome the Russian-Cuban Intergovernmental Commission stepping up its cooperation. It is important to use flexible approaches to cooperation in the areas at hand,” Juan Esteban Lazo Hernandez said.