Alexander Novak: Relations between Russia and China are based on equality and stability 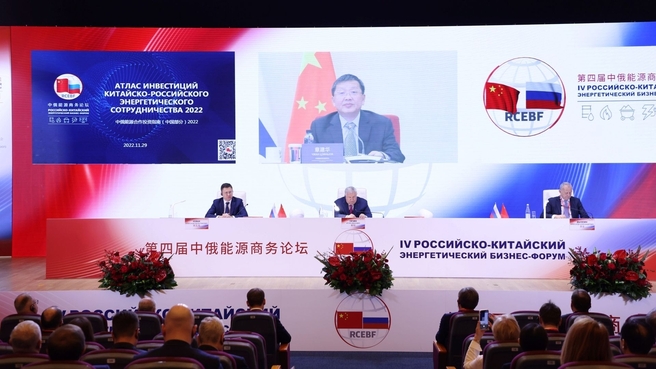 Deputy Prime Minister Alexander Novak took part in the fourth Russian-Chinese Energy Business Forum. In his report, he spoke about the two countries’ cooperation prospects in the fuel and energy sector and responses to sanctions challenges in that sector.

Attending the forum were government officials, as well as representatives of leading energy companies and financial institutions in Russia and China, such as Rosneft CEO and Executive Secretary of the Presidential Commission for Strategic Development of the Fuel and Energy Sector Igor Sechin, Head of Gazprom Export Yelena Burmistrova and others. From the Chinese side, Vice Premier of the State Council of the People's Republic of China Han Zheng, Chairman of the China National Petroleum Corporation (CNPC) Dai Houliang and others took part in the discussion via videoconference.

Alexander Novak noted that China was a key strategic partner of Russia.

“Our relations are built on the principles of equality and are characterised by stability and openness. Despite external pressure, including sanctions, cooperation between our countries is progressing in all areas. We highly appreciate that the People's Republic of China demonstrates freedom from momentary political and ideological considerations and follows the path of market relations,” he said.

At the same time, Alexander Novak noted the unprecedented interference of Western countries in energy pricing, which has jeopardised the stable supply of energy consumers. The Deputy Prime Minister stressed that Russia considered an oil price cap unacceptable.

“I would note the position of friendly China, which is consistently and adamantly opposed to unilateral sanctions. We hope that the People’s Republic of China will continue to take an independent stance on this issue,” Alexander Novak added. 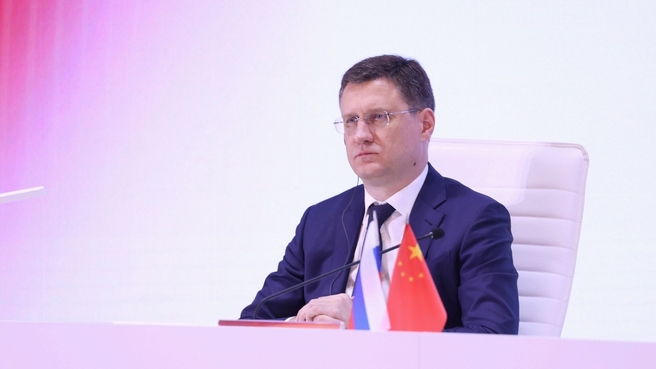 The Deputy Prime Minister said that the Asia-Pacific region is becoming the largest consumer of Russian energy. “In the early 2000s, exports of Russian energy commodities to the Asia-Pacific region were minimal or zero, but today we are seeing the explosive development of export infrastructure in this area. In particular, large-scale projects like the Power of Siberia gas pipeline, the East Siberia - Pacific Ocean oil pipeline, the Yamal LNG plant and other projects have been implemented,” the Deputy Prime Minister said.

“The Power of Siberia gas pipeline is fully operational; LNG exports from Russia increased by 32 percent in the first 10 months of this year over the same period last year. In February 2022, Gazprom and CNPC signed a contract for natural gas exports via the Far Easter route, which includes exports of another 10 billion cubic metres of gas per year to China. Efforts are underway to sign an intergovernmental agreement on the implementation of the Amur Gas Chemical Complex. Plans also call for delivering low-carbon ammonia and hydrogen to the Chinese market,” Alexander Novak added.

Energy exports to China are expected to grow 11 percent by the end of the year, over 2021.

“We are ready to continue meeting China’s demand in electric energy imports from Russia within the current technical capacities, as well as to facilitate Chinese companies in the implementation of joint projects in Russia, China and other countries. The construction of Russian-designed power units at the Tianwan Nuclear Power Plant, the Xudapu Nuclear Power Plant and others is underway. We are also considering other projects in the area of alternative energy sources, including hydroelectricity,” Alexander Novak said.

The Deputy Prime Minister added that cooperation between the two countries is successfully developing in research and technology exchange, digital transformation, the development and introduction of new innovations, while work to expand transactions in national currencies is also continuing.