Meeting of the Coordination Council for Material Support of the Russian Armed Forces, Other Troops, Military Units and Agencies

The meeting was held via videoconference. 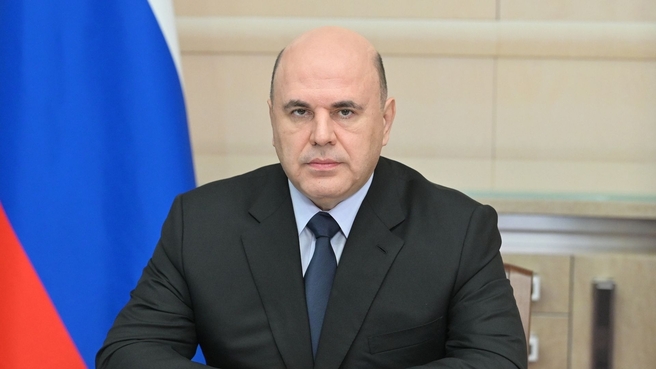 Meeting of the Coordination Council for Material Support of the Russian Armed Forces, Other Troops, Military Units and Agencies

Good afternoon, colleagues, Today, we will analyse the fulfilment of presidential instructions and the resolution of issues by working groups. Specific targets have been formulated, approved and accepted for execution. The Government has also listed federal agencies that can fulfil state procurement contracts for the needs of the special military operation from sole providers under a simplified procedure. This will enable them to purchase uniforms, gear and other goods more quickly, to promptly repair equipment, and to accomplish tasks linked with the state’s defence and security. All agencies should promptly update production plans, and clarify and adjust them on time, in line with incoming requests. There are already positive trends with regard to missile and artillery systems and personal protective equipment. At the same time, we are building facilities and installing the required utility mains there. We are also providing the required budgetary funding. Colleagues, it is highly important that we monitor the fulfilment of planned targets and tasks. Once again, I am drawing your attention to the fact that the Coordination Council does not provide a substitute for the activities of the executive agencies. It streamlines their interaction in specific fields and coordinates ties between the Armed Forces and the production sector. We have approved a number of additional social measures, including in the field of pension support. People taking part in the special military operation will be entitled to higher non-contributory pensions, with the time they spend in service being considered as 100 percent longer than it actually was. The same calculations will apply during the allocation of early retirement pensions for those who had worked in the Extreme North prior to mobilisation and for former employees of hazardous production facilities. I would like to note once again that the Government has already decided that labour contracts with such persons will not be annulled, and that they will be able to resume work at their respective enterprises or companies after being discharged. Our defenders must be assured that they will not lose their jobs and incomes. In turn, the state will do its best to provide them with essential guarantees. The Government has supported a legislative initiative by State Duma deputies that deals with retired service personnel wishing to resume military service. We suggest improving social security measures, so that they will retain their pensions if they obtain positions with lower pay grades during the special military operation. Colleagues, we need to involve more enterprises, including representatives of small and medium-sized businesses, in equipment and material deliveries. Specialised enterprises manufacture required classified products alone, while private companies can produce the rest. With this in mind, we need to provide them with technical requirements, specifications and production records. Indeed, many of them are willing to help, and their initiative will assist in meeting demand in the most diverse fields, including uniforms, personal protective equipment, and other products. At our current meeting, I would like to ask the heads of working groups, namely, Denis Manturov, Marat Khusnullin and Tatyana Golikova, to report on their efforts to implement targets.    I would like to ask Defence Minister Sergei Shoigu and the heads of the Interior Ministry, the National Guard (Rosgvardiya) and the Federal Security Service to report on the resolution of their subordinate agencies’ logistic support issues. First Deputy Minister of Finance Leonid Gornin will report on federal budget spending during the special military operation and on proposals to monitor these resources.