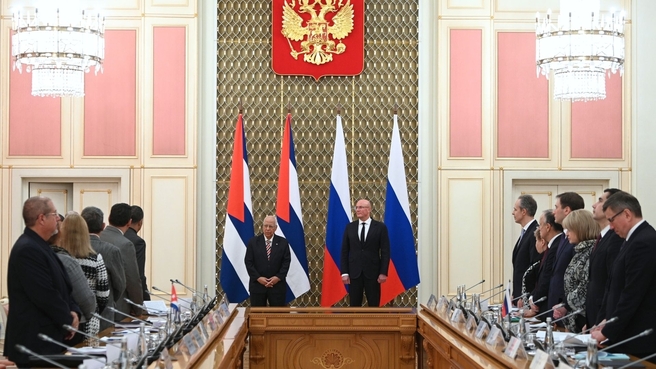 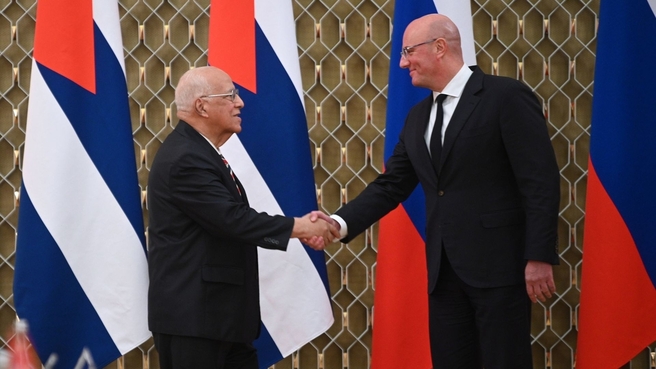 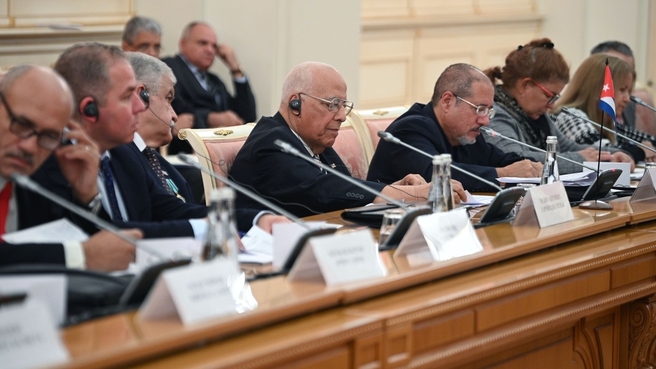 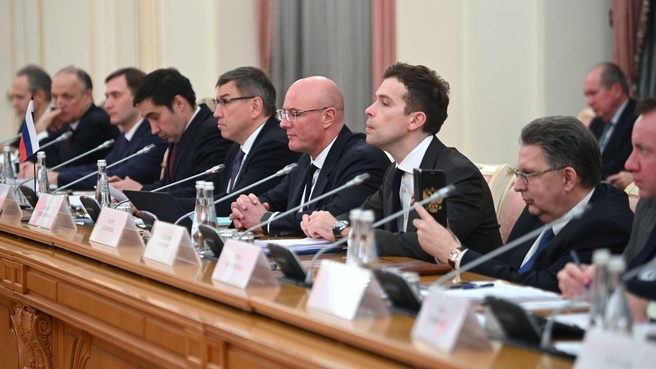 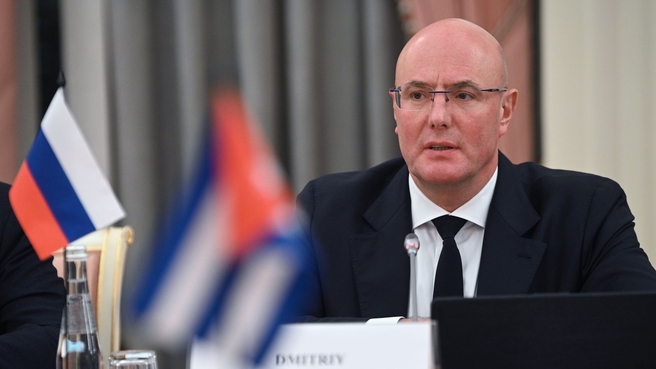 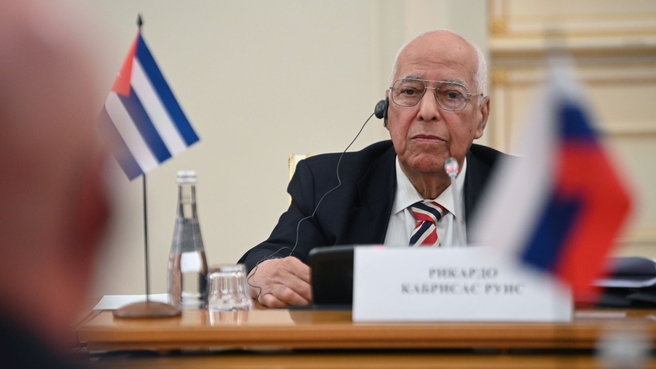 The meeting was held at the Russian Government House. The Commission gathered in the run-up to the Russian-Cuban summit between President of Russia Vladimir Putin and President of Cuba Miguel Diaz-Canel.

The meeting participants discussed measures to expand trade, economic, financial and banking cooperation, the implementation of high-priority Russian-Cuban industrial, energy, science and digitalisation projects. Special attention was given to transport logistics, culture and sport. During a plenary session, the co-chairs of the intergovernmental commission agreed to set up working groups for construction and tourism cooperation given the important role these spheres can play in expanding bilateral trade and economic relations.

“For many years, Cuba has been Russia’s reliable strategic partner. I would like to note that bilateral ties continue to develop and are geared towards the future. This is confirmed by regular Russian-Cuban contacts and active dialogue between ministries and agencies. Today, we discussed diverse interaction between Russia and Cuba in various fields at a meeting of the intergovernmental commission. Energy is a key sphere of bilateral cooperation. Joint projects, including efforts to boost oil production at the Boca de Jaruco field, will help reduce Cuba’s dependence on oil and petroleum products imports,” Dmitry Chernyshenko noted.

The Russian Deputy Prime Minister emphasised that the meeting at the highest level will give a new impetus to the development of Russian-Cuban cooperation. He added that the intergovernmental commission serves as an effective tool to strengthen bilateral ties and thanked all members of the Cuban and Russian delegations for their productive work.

“The results of this meeting show that we have great potential that we need to use in the right way to develop our states. I have no doubts that the results of the 19th meeting of the intergovernmental commission and the visit of our President to the Russian Federation will become the pinnacle of our bilateral relations. I assured the commission co-chair, Dmitry Chernyshenko, that we are ready to provide any assistance and support for successful work,” Ricardo Cabrisas said.

Dmitry Chernyshenko said that projects to modernise a metallurgical plant and to deliver locomotives, vehicles and other equipment are being developed as part of industrial cooperation. This year, direct charter flights between Russia and Cuba resumed, which had a positive impact on both countries’ tourism sectors. Cooperation in education is developing actively.

“Cuban nationals strive to receive education in Russia. We provide them 100 openings annually within the governmental quota. We consider it important to develop mutually beneficial cooperation in healthcare and to strengthen Russian-Cuban interaction in IT. I am sure that meetings like this one will facilitate expanding sectoral cooperation between our countries and bringing it to a new level,” Dmitry Chernyshenko said.

The two countries cooperate in agriculture, in particular, on deliveries of food-grade wheat. Agricultural products traditionally rank at the top of Russian imports from Cuba. Agro-industrial products make up over 60 percent of Russian exports.

During the intergovernmental commission meeting, Ambassador Extraordinary and Plenipotentiary of Cuba to Russia Julio Antonio Garmendia Pena was awarded the Order of Friendship for his great personal input into the development of strategic partnership and multifaceted cooperation between our countries. The relevant executive order was signed by the Russian President.

The co-chairs also attended the signing of a Russia-Cuba agreement on higher education.

In August 2022, Dmitry Chernyshenko was appointed co-chair of the Russia-Cuba Intergovernmental Commission by the decision of Prime Minister Mikhail Mishustin.