The participants reviewed a wide range of issues on economic cooperation between the CIS member states. 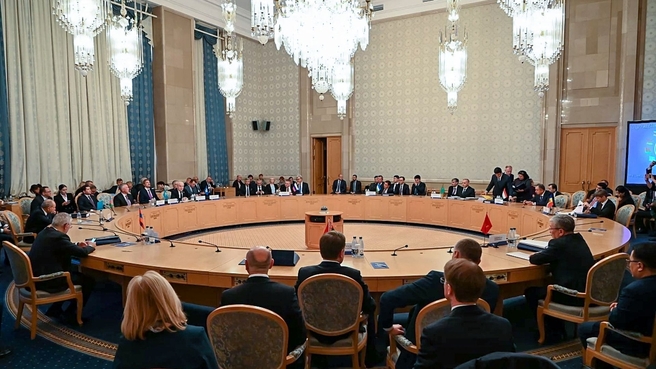 95th meeting of the Economic Council of the Commonwealth of Independent States in Moscow. The participants reviewed the current issues of trade and economic cooperation between the CIS member states, including the implementation of a list of joint measures for responding to arising problems, approved at the meeting of the Economic Council in June. The first results of this work were discussed.

The council members discussed the draft Agreement on Free Trade in Services, Establishment, Operations and Investment. The draft document is primarily designed to facilitate the sustainable development of a free services and goods trade zone and a more liberal investment climate. 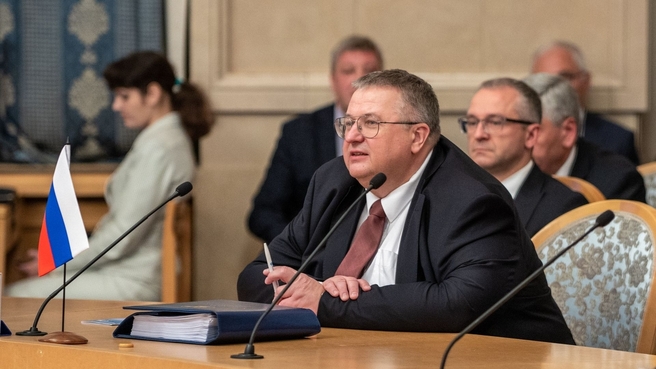 A report was presented on the implementation of the Interstate Programme for Innovation Cooperation between the CIS Member States until 2030 and establishing a common CIS innovation infrastructure for developing artificial intelligence, robotics and quantum technologies. They endorsed a report on CIS Electric Power Council plans in 2019-2021, and a draft Agreement on Cooperation between CIS Member States as regards Emergency Response and Relief Operations in the Field of Sanitary-Epidemiological Public Health Emergencies. The members of the CIS Healthcare Cooperation Council drafted the document in order to implement the Decision of the CIS Heads of State Council of 28 May 2021.

The document charts high-priority guidelines and the working protocol for specialised epidemic-prevention teams, as well as priority passes via the member states’ borders.

They reviewed the draft Concept for the Digital Transformation of Sectors in the Chemical Industry of the CIS Member States and a draft plan for high-priority measures for implementing the concept. The Mendeleyev University of Chemical Technology of Russia, the main CIS institute for training and retraining chemical industry specialists and for overseeing professional improvement, along with the CIS Executive Committee, drafted these documents. The objective is to promote a common vision for digital conversion in the chemical industry, to expand mutually beneficial cooperation ties, and to create and develop digital platforms for use in the chemical industry.

The meeting participants reviewed draft versions of the Concept for Science and Technological Cooperation between the CIS Member States and an action plan for implementing it. The concept lays out the goals and main tasks, fundamental principles, formats and high-priority guidelines for scientific, technological and production cooperation between the CIS member states.

They approved the draft Interstate Radio Navigation Programme for the CIS Member States for 2023-2026. This programme will promote the use radio navigation systems and equipment in the economic interests of CIS member states. The programme includes cooperative projects for developing and creating radio navigation devices for ground-based transmissions and space navigation systems that will primarily use electronic components from the CIS member states.

The Economic Council members approved a draft action plan for the CIS countries to reduce resistance to anti-microbial medications, as well as draft regulations on a central organisation for evaluating healthcare, quality control technologies and for financing medical treatment programmes in the CIS member states.

A report on the activities of the Interstate Anti-Monopoly Policy Council in 2018-2021 was presented.