The oil-producing countries at the meeting unanimously approved a resolution to boost crude oil production in September by a further 100,000 barrels a day. 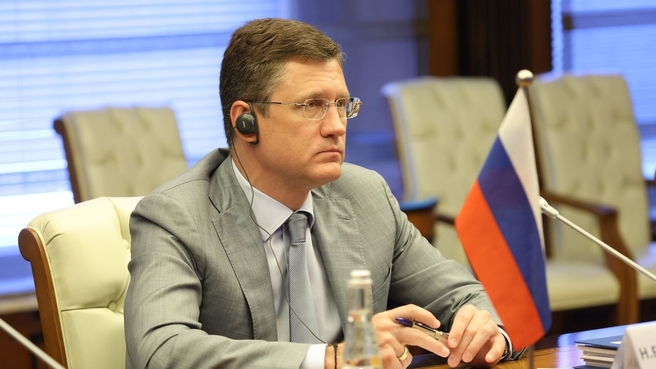 Deputy Prime Minister Alexander Novak co-chaired the 31st ministerial meeting of the OPEC and non-OPEC countries. The parties to the agreement reviewed current trends in the world oil market and the level of fulfilling the agreement in June 2022, noting that key consumer countries’ demands for oil continued to increase, and they also considered the outlook for further growth. It was noted that the impact of insufficient investment in oil production facilities in recent years remains a challenge for oil-producing nations, and is effecting the current trends and pushing prices up.

To maintain the balance of oil demand and supply, the parties to the agreement unanimously resolved to continue boosting oil production, increasing it by 100,000 barrels of oil per day in September 2022. As Alexander Novak said, following the meeting, the additional increase in oil production would help support the upward trend in demand for oil. According to Mr Novak, at this point the demand for oil has reached the pre-pandemic figures.

“We are seeing economic recovery,” Mr Novak said. “Demand for oil is back to pre-pandemic levels. At the same time there are also negative factors, including the increasing incidence of COVID-19 and the uncertainties caused by the disruption of global transport and logistics chains. That is why cautious decisions like this are being taken.”

Speaking at the meeting, Alexander Novak offered, on behalf of the Russian Government, his condolences on the death of the previous Secretary-General of OPEC Mohammed Sanusi Barkindo. “He went a long way in promoting cooperation in the OPEC and OPEC+ formats and was among the initiators of creating our unique mechanism for cooperation,” Mr Novak said. He also congratulated Haitham Al Ghais on taking office as OPEC Secretary-General and said he hoped that effective cooperation between the OPEC countries and other nations who are not OPEC members would be strengthened.

The next OPEC+ ministerial meeting is scheduled for 5 September 2022.