The prime ministers met on the sidelines of the Eurasian Intergovernmental Council meeting. 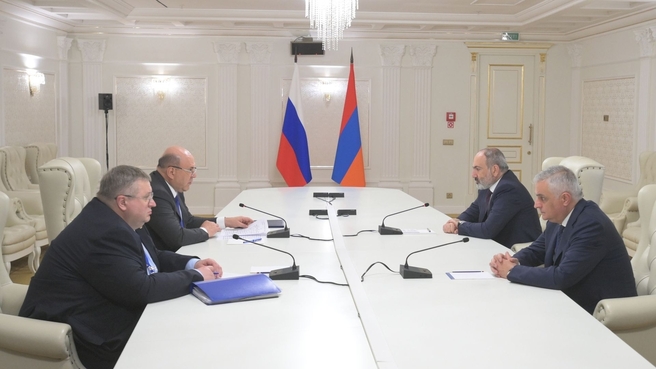 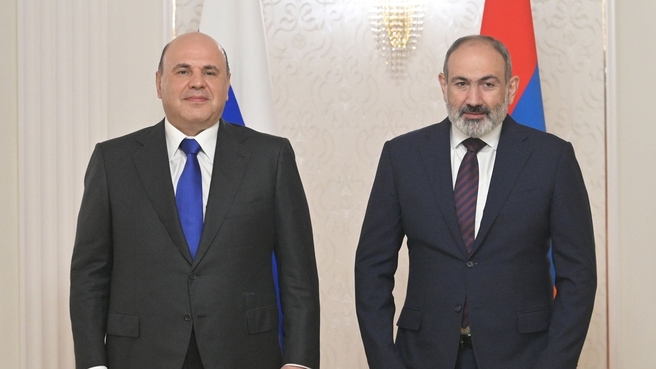 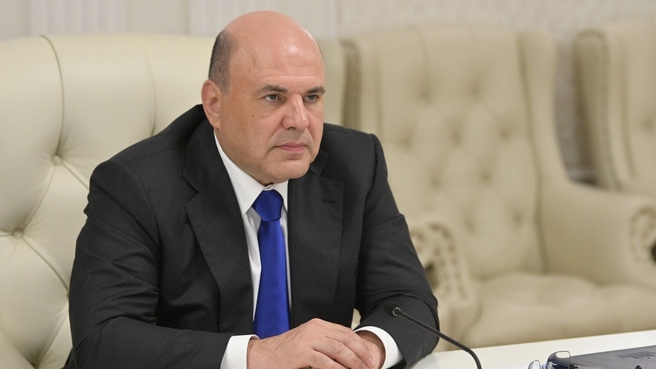 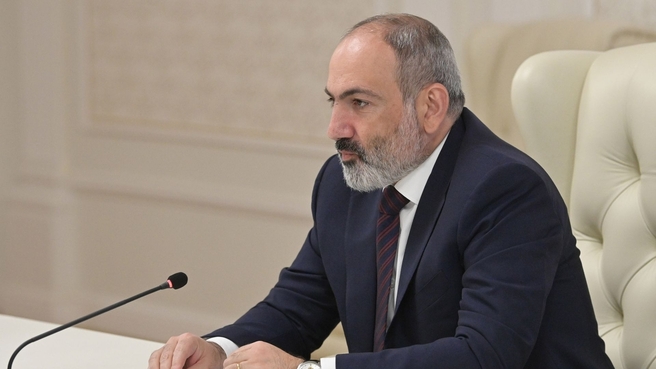 Mikhail Mishustin: Greetings, Mr Pashinyan! I have fond memories of our previous meeting in Moscow during your official visit. First of all, allow me to convey the best wishes and cordial welcome of President of the Russian Federation Vladimir Putin.

I would like stress again that we cherish our special relations with brotherly Armenia. This year marks 30 years of our diplomatic relations and 25 years of the Treaty of Friendship, Cooperation and Mutual Assistance.

Russia is Armenia’s major foreign trade partner and investor in its economy. Bilateral trade in January through April went up by 30 percent and exceeded $890 million. I think there is more room for it to grow. Russian capital investments exceeded $2 billion, and I think there is also room for growth. And of course, it is important for Russian investors to build up their investments in Armenia,

Large Russian companies operate in Armenia in oil and gas, transport and other industries such as mining and digital technologies. We expect that Armenia will continue to create comfortable conditions for Russian companies or companies with Russian participation. We are interested in expanding bilateral cooperation and in creating new production facilities and jobs. We suggest that joint projects be launched more actively in various sectors, primarily in industry, energy, transport and digitisation. These issues are under the permanent supervision of our intergovernmental commission, co-chaired by Alexei Overchiuk on our part. Under the Government’s decision all restrictions have been lifted on Armenian nationals’ entry into Russia via surface transport. We hope tourist flows recover or even increase shortly. I believe it has a great meaning for Armenia’s and Russia’s citizens

We also give special focus to unblocking economic and transport links in the South Caucasus in accordance with the agreements reached by the leaders of Russia, Armenia and Azerbaijan. Energetic practical work is ongoing within the trilateral task force co-chaired by deputy prime ministers, it just had its regular meeting at the St Petersburg Economic Forum.

We are meeting on the sidelines of the Eurasian Intergovernmental Council meeting. Both Russia and Armenia advocate the deepening of Eurasian integration based on four freedoms – freedom of movement for capital, labour, services and goods. We are taking joint steps in the union to minimise the repercussions of sanctions by unfriendly states. Our decisions ensure stability in the EAEU economies and stability in commodity markets, and  help decrease dependency on imported products in different areas. Mr Pashinyan, you have the floor.

Nikol Pashinyan: Thank you very much, Mr Mishustin, I am glad to see you. Mr Overchuk, I am glad to see you, too. We meet regularly and I fondly remember our last meeting, which took place in Moscow as part of my official visit. That meeting was really pleasant emotionally, but, as I want to note, it was also highly effective.  I want to thank you for having responded and responding rapidly to issues that need to be addressed in order to maintain the high dynamics in the development of our trade and economic relations.

I want to underscore the decisions you have taken in respect of the Verkhny Lars border checkpoint. As you know, this is, regrettably, the only land route that links Armenia and Russia, and we were concerned in this regard. This is because certain problems are being created in connection with the current economic situation and an increase in overland economic flows, and therefore the decisions you have taken, as agreed between us, are very important. We are also discussing this with our Georgian colleagues so that trade between Russia and Armenia meet with no artificial barriers.

You have noted in this context that it is very important to open regional communications and unlock the region as a whole. I want to note and thank once again our colleagues Mr Alexei Overchuk and Mr Mher Grigoryan [Deputy Prime Minister of Armenia], who have worked on these matters quite intensively together with the co-chair of the Trilateral Working Group from the Republic of Azerbaijan. I hope that we will reach concrete decisions based on the work that has been done. The opening of economic and transport communications is important for all countries in the region and is acquiring special significance in the current situation.

We are discussing issues not only on the bilateral agenda but also on the agenda of the Eurasian Economic Union, which is of great importance for us. You were right in noting that both Armenia and Russia are interested in the Eurasian Economic Union becoming more effective as a format. We are pleased with how this mechanism works, but there is always scope for greater efficiency.

I am glad to see you, I salute you once again, and I am confident that we will have a substantive conversation today.