Alexander Novak: The world cannot do without Russian energy resources

According to the Deputy Prime Minister, Russia can maintain and even significantly increase its supplies to global gas markets. 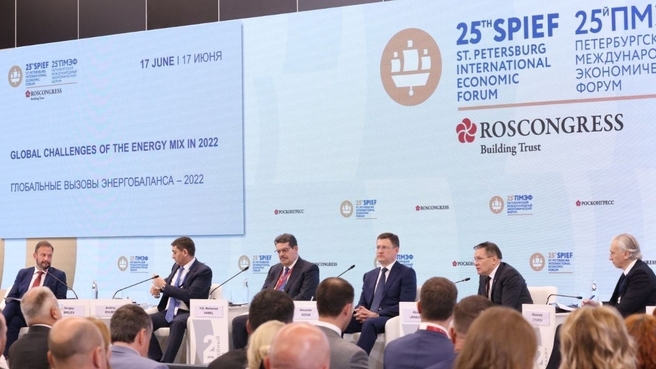 Russia will create its own LNG production technologies. Prime Minister Mikhail Mishustin approved the corresponding initiative, Deputy Prime Minister Alexander Novak said at the Global Challenges of the Energy Mix in 2022 session of the 25th St Petersburg International Economic Forum. According to Mr Novak, appropriate subsidies will be allocated for this task.

“This area will be in demand. While Russia only produces 30 million tonnes of LNG today, we will be able to reach 100 million tonnes per year in the future,” the Deputy Prime Minister noted.

In the future, oil and gas on global markets will continue to remain in high demand, he added. In this situation, the world will not be able to do without Russian energy resources, Alexander Novak believes.

“There is no surplus of oil and gas on the market. We can see that there are many uncertainties in terms of supply, and there are local shortages of energy resources. At the same time, it is obvious that the demand for energy resources will recover as early as this year due to the end of the lockdown and an increase in energy consumption. In addition, the trend of lower investment volumes in production continues. Therefore, local oil shortages are possible in the future,” the Deputy Prime Minister noted.

In the end, the consumer is the one who suffers most, Alexander Novak stressed.

“Today we are in a volatile situation. Over the year, prices for all energy resources have gone up: gas costs four times more on average, oil prices are up by 80 percent, and coal has more than doubled in price. Consumers bear significant costs. In this situation, the green agenda has faded noticeably; it’s more like khaki now,” he added.