On the agenda: improving the mechanism of agreements protecting and encouraging investment; changing the procedure for levying rents in shopping centres; simplifying the rules for privatising state property; creating a Russian equivalent of foreign app shops; and expanding the Pushkin Card programme. 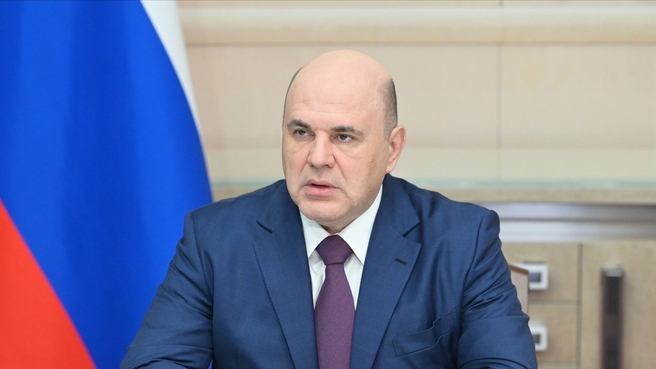 The Government continues to make the decisions that are needed in order to adapt our economy to the new realities, to ease the difficult period when many have to restructure their businesses and look for suppliers and contractors.

Our goal is to help businesses to meet these challenges sooner, to overcome all temporary difficulties and, therefore, to support citizens and provide employment, to keep the economy in state where there is steady demand for professionals in various fields.

Another 23 items have been added to the priority action plan. Some decisions are aimed at restoring the investment process and reducing business costs.

Thus, we intend to improve the mechanism of agreements on the protection and promotion of investment, to make changes to legislation that will kick-start it and renew the possibility of concluding such documents. The Ministry of Economic Development is considering more than 70 projects.

It is proposed to clarify the composition and conditions of stabilisation clauses, to replace desk audits with tax monitoring. To give parties to Investment Protection and Promotion Agreements the right to extend their terms when their implementation is temporarily impossible, for example due to an imbalance in the domestic market or an unfavourable sanitary and epidemiological situation, which would avoid termination of such agreements at a difficult time and rather simply postpone the achievement of planned results for a certain period.

We expect that this approach will help to attract investment in the country's economy, launch interesting new projects and create tens of thousands of jobs.

We also plan to correct the procedure for collecting rent in shopping malls.

Previously, the agreement between the owner and the tenant often included a clause stating that the amount of payments would depend on the store's revenue. But this is causing unpleasant situations. Some foreign companies that are suspending operations for political reasons are in no hurry to vacate the premises. The sign is still up, but the owners are not receiving rent because there is no revenue.

As a rule, these are relatively large tenants. Accordingly, the losses to the owners of the property are also significant.

This is why we want to vest the owners with the right of early termination of lease agreements with companies associated with unfriendly states.

It is also proposed to reduce the deposit when selling state property from 20 to 10 percent, if its value is less than 100 million roubles.

In the current situation, such a step will encourage businesses to participate more actively in privatisation. We will not stop at the decision-making stage. We will reduce the amount that will temporarily have to be withdrawn from circulation.

Another measure has been developed to protect the interests of citizens.

Many Russians have been using smartphones and tablets for a long time. They are used to order goods and services online. It is convenient.

Until recently, any useful content could be installed on the phone, from sports applications to foreign language courses and the hard sciences.

However, this advanced segment also became dependent on the political situation: from “sanctions obsession” as the President calls it.

Our users are afraid that the programmes they have purchased may stop being updated at any time or will not work at all.

In order to maintain access to familiar services, a decision was made to create conditions for developing a Russian analogue of an app store where our domestic developers and their foreign colleagues will be able to place and sell their programmes.

The introduction of GLONASS and the Mir payment system has showed that this approach was right. This might become another element for ensuring the technological independence of Russia, which the head of state also spoke about.

Once such a platform appears it will be mandatorily pre-installed on all new devices, both imported into Russia from abroad, and manufactured in Russia.

We will also help our film industry and film theatres. We will provide the possibility of including screenings of Russian national films created without state co-financing in the Pushkin Card programme. The decision on this will be made by a special expert council. The relevant document has been signed.

The President said it was necessary to link state support for film distribution with the screening of domestic films. Previously, the programme extended only to films that were created with the involvement of the Ministry of Culture or the Cinema Foundation, as well as the regions.

This means young people aged 14 to 22 will be able to watch the latest Russian films on a preferential basis, and the film industry will receive support that will make it easier to weather the current period.

Colleagues, principled decisions on all these measures have been made. It is necessary to quickly prepare legislative initiatives and bills.

Today we will discuss several other proposals, such as ideas on how to encourage business and investment activities, support imports, and several industry-specific measures.