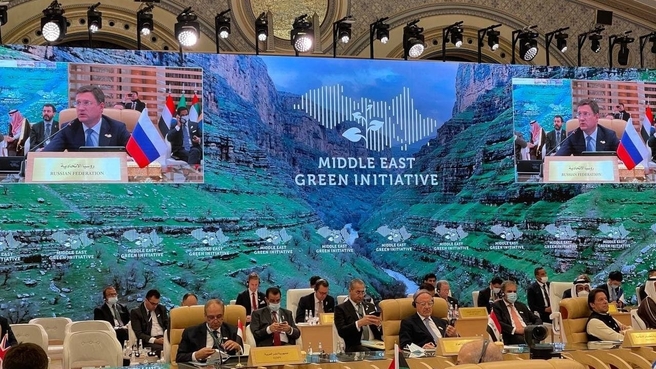 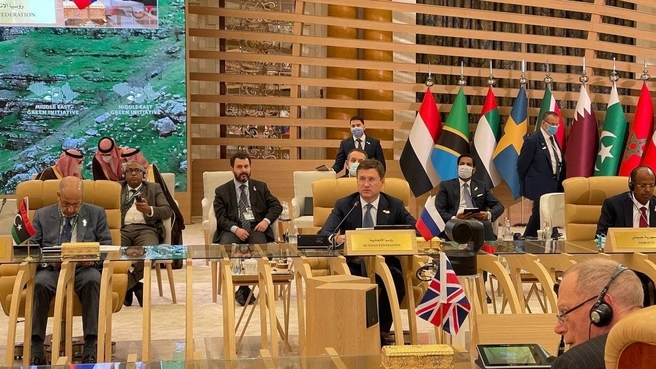 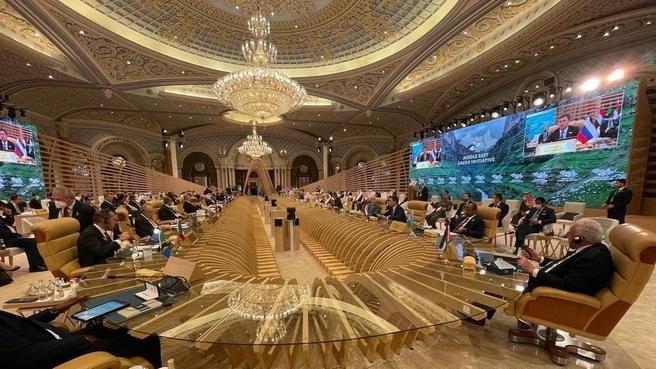 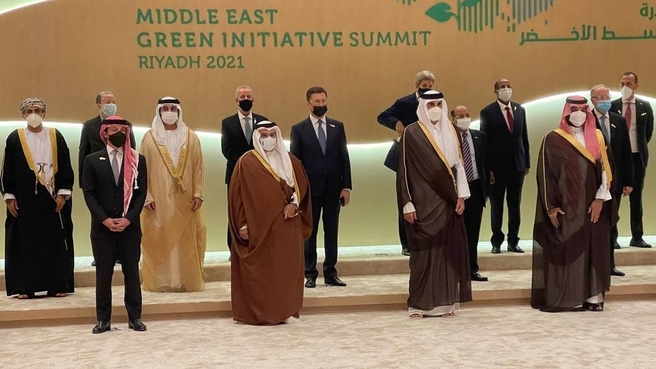 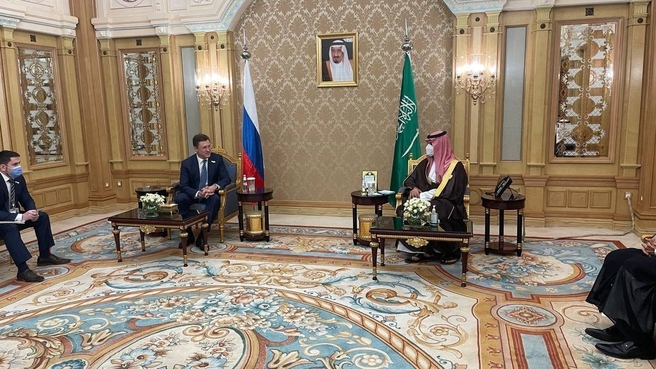 Deputy Prime Minister of the Russian Federation Alexander Novak traveled to the Kingdom of Saudi Arabia on a working visit.

Mr Novak held a number of meetings on developing bilateral energy and business cooperation in the world market.

Increasing bilateral trade remains a constant priority for both countries, and it continues growing despite the impact of certain factors, said Mr Novak during his talks with Co-Chair of the Russian-Saudi Inter-Governmental Commission on Trade, Economic, Scientific and Technical Cooperation Abdulaziz bin Salman Al Saud. “Last year, it grew by 0.17 percent as compared with 2019 to reach $1.7 billion. In January-September of 2021 it increased by another 20 percent,” he said.

The participants of the bilateral meeting discussed the seventh session of the commission as well as current and future activities of its working groups. Mr Novak noted the significant prospects of large and small-scale nuclear power on Saudi territory, cooperation in developing the chemical industry and supplies of Russian meat products to Saudi Arabia, including Halal certified products. In addition, the participants discussed global energy trends related to climate change, including the reduction in carbon emissions during the production and transportation of hydrocarbons, greater use of renewable energy sources and the development of hydrogen energy.

“It is important to develop cooperation in using renewable energy sources and hydrogen energy. Our countries bear special responsibility to the international community on the climate track. We believe as major energy powers, Russia and Saudi Arabia must carefully address decarbonisation issues and prevent the forced “greening” of the international agenda to the detriment of the sustainability of domestic energy sectors,” Mr Novak emphasised.

Business cooperation and expanding bilateral investment in the economies remain the leading mechanism for promoting bilateral ties, Alexander Novak pointed out during a bilateral meeting with Chairman of the Saudi-Russian Business Council Tariq al-Qahtani. The partnership between the Russian Direct Investment Fund and the Public Investment Fund of Saudi Arabia helps increase the number of major projects, the Deputy Prime Minister went on to say. “As many as $2.5 billion have been disbursed as part of the industry-specific platform,” Mr Novak said. “Twenty new projects are in the works, which cover oilfield services and oil refining, freight transport, ICT and agriculture. I’m convinced that the business community’s activity will determine the trajectory of trade and investment between our countries moving forward.”

Traditionally, the countries’ partnership in the fuel and energy complex is maintained both on a bilateral level with Russia and through commercial initiatives, and constitutes a separate area of ​​cooperation unto itself. Zarubezhgeologia and ARGAS signed an agreement on mutual employee secondment and an agreement on cooperation between ARGAS and Rosgeo covering multiple categories of geophysical and geological exploration and research as part of cooperation and personnel exchange programmes following Alexander Novak’s meeting with Tariq Al-Qahtani.

Alexander Novak also met with the Crown Prince of the Kingdom of Saudi Arabia, Mohammed bin Salman Al Saud, as part of the working visit. As Mr Novak noted, thanks to Saudi Arabia and Russia’s joint efforts, it has been possible to ensure a stable supply-demand balance on the oil market for several years now. “Saudi Arabia is Russia’s important partner in the Middle East, and our relations are based on mutual trust,” the Deputy Prime Minister said. “We support advancing cooperation in a variety of areas. We believe that the ambitious environmental programmes announced by your country - the Saudi Green Initiative and the Middle East Green Initiative - can be more than an important component of the global efforts on the environmental track and serve as an encouraging example for other countries to come up with similar projects.”

Alexander Novak spoke in more detail about Russia's potential on the global energy market as part of ongoing trends to reduce carbon emissions during the The Middle East Green Initiative Summit. “The Russian Federation fully supports the Saudi Green Initiative and the Middle East Green Initiative,” Mr Novak said. “These ambitious environmental programmes are aimed at improving quality of life and protecting future generations. They can make a significant contribution to the international community’s joint efforts to protect the climate. In this regard, we see new opportunities emerging for cooperation between Russia and Saudi Arabia.”

According to the Deputy Prime Minister, Russia has significant prospects both in terms of reducing carbon emissions at existing projects and in developing new energy production facilities with low environmental impact. “Speaking of Russia’s current energy balance, it is one of the world’s most diversified and clean,” he said. “Moreover, Russia plans to go carbon neutral no later than 2060.” Today, natural gas accounts for a significant portion of Russia’s energy balance, as do nuclear power plants. “We consider nuclear power generation a clean source of energy,” he said. “Direct carbon dioxide emissions from nuclear power plants are practically zero. We plan to further increase the share of nuclear power in the energy balance and to develop new areas.”

According to the Deputy Prime Minister, despite strides in carbon-free generation, hydrocarbon energy sources will continue to play a key role on the international market. “We see significant potential in natural gas which is the cleanest hydrocarbon energy source,” he said. “At the same time, it is necessary to increase the efficiency and environmental friendliness of hydrocarbons through the use of the latest technology.”

In closing, Alexander Novak invited the participants to continue to discuss key trends and challenges in global energy at the 25th World Energy Congress to be held in St Petersburg on 24-27 October 2022.

The participants in the meeting agreed to retain their plans to increase oil output by 400,000 barrels per day in January 2022, and reviewed performance under the Declaration of Cooperation in October 2021.
2 December 2021 Government meeting