The meeting was devoted to the countries’ cooperation within the Caspian Region as well as the supply and transit of Russian energy resources. 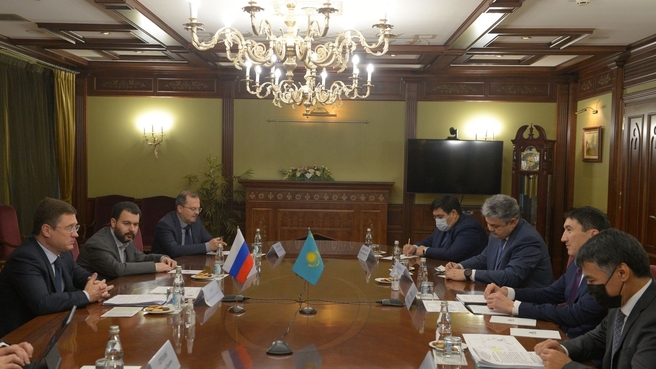 Deputy Prime Minister of Russia Alexander Novak had a meeting with Energy Minister of the Republic of Kazakhstan Magzum Mirzagaliyev.

The parties discussed the current and prospective bilateral interaction between the two countries, as well as multilateral cooperation in the sphere of energy. In particular, issues were raised concerning the supply and transit of Russian oil, oil products and natural gas via Kazakhstan as well as prospects for cooperation via the Institute of Oil and Gas Technology Initiatives and the countries’ current partnership in hydrocarbon production in the Caspian basin.

The possibility of arranging natural gas supplies from the border areas of the Russian Federation to the eastern part of Kazakhstan was also discussed.