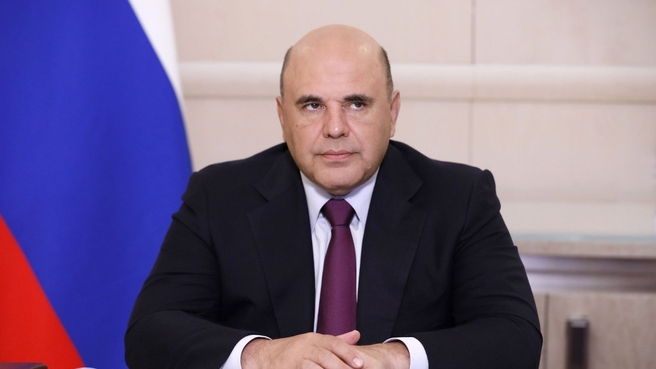 Let us begin with several important and relevant topics. The first on our list is the climate agenda, including the slowdown of the global warming process, as well as the development of a low-carbon economy in Russia, a process now also underway all over the world.

The Government has prepared a draft concept for the development of hydrogen energy. It defines the goals, strategic initiatives and key measures to launch this branch of industry here. The concept is to be implemented in several stages.

The first stage, the next three and a half years, will involve the creation of specialised clusters and the implementation of pilot projects for the production and export of hydrogen, as well as the use of hydrogen energy in the domestic market.

At the further stages, we will set up large export-oriented production facilities and subsequently widely adopt hydrogen technologies in various sectors of the economy, from petrochemistry to housing and utilities.

Hydrogen energy will reduce the risks of losing energy markets and support economic growth through development of new production facilities, as well as the creation of high-tech jobs, and the export of products and technologies.

The next question is about solutions to support Russian regions.

During our trips to various regions, we specifically focus on the local healthcare system. The federal Government is helping the regions to build new hospitals and clinics, including in the Kemerovo Region.

On the instruction of the President, we have approved a programme for that region’s socioeconomic development, which includes allocations for the completion of a multi-department city hospital in Mezhdurechensk. Thanks to the new hospital, now under construction, the residents will receive medical care in their city and at any time they need; they will no longer have to travel tens of kilometres for treatment.

The Government will provide 300 million roubles to complete the project as soon as possible and open the hospital next year. As it is, the completion deadline has been repeatedly postponed. This cannot be allowed to happen again. I ask my deputies and the relevant ministries to keep the project deadline under review.

The Government will also direct funds to improve the condition of the Republican Children's Hospital in Kabardino-Balkaria. The head of the republic reported that the hospital annually serves 15,000 young patients from all over the region. It is about children's health. They are entitled to be treated in a well-equipped medical facility that meets modern requirements and standards.

And one more question. The President recently held a meeting on preparations for the next academic year. We also discussed the overhaul of schools, which is a very important matter. On the instruction of the President, the Government is developing an appropriate programme. There is a lot of work ahead. Many buildings used by schools are both out of date and obsolete. We need to improve them and create comfortable conditions for schoolchildren to learn and grow.

We will continue to help the regions with the construction of new educational institutions.

During a working trip to the North Caucasus, the head of North Ossetia asked the Government to provide support for the completion of a rural school in the region. The Government will provide the necessary funds. With federal investment, the region will be able to finish the construction this year and put the building into operation faster so that it can open its doors to students as soon as possible. Many children are waiting for this. I ask the Ministry of Education to monitor the progress of the construction.