The commission met via videoconference in preparation for the 25th regular meeting of the heads of government of the Russian Federation and the People's Republic of China. 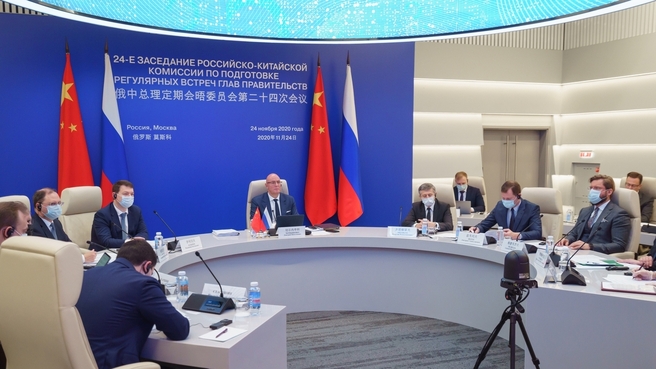 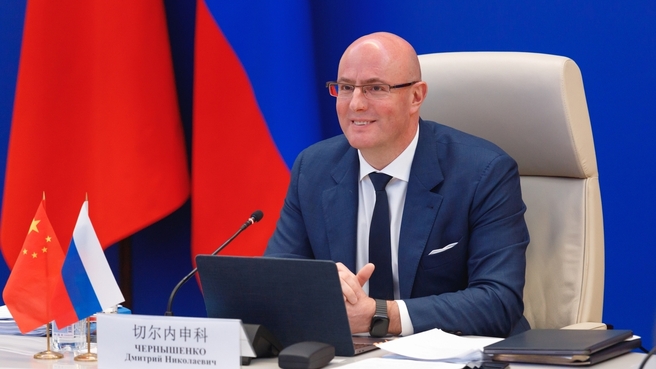 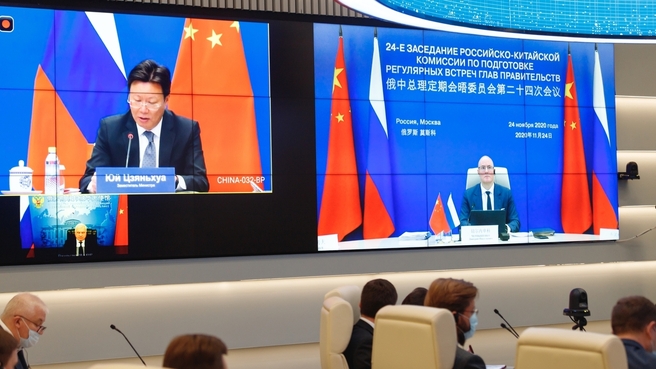 Russia was represented by Chairman of the Russian side of the Commission and Deputy Prime Minister Dmitry Chernyshenko, Ambassador Extraordinary and Plenipotentiary of Russia to the PRC Andrei Denisov, officials from public authorities in transport, education, healthcare, tourism, sports, culture, digital development, security, environmental protection, construction and urban development; as well as state corporations and financial institutions.

In his opening remarks, Dmitry Chernyshenko praised the level of interaction between the governments of Russia and China amid the pandemic.

“Our countries had to respond quickly to many challenges this year in order to support our national economies and healthcare systems and take care of the people,” the Deputy Prime Minister said. “In these challenging circumstances, both sides lent each other helping hands, sent humanitarian supplies and medical specialists, and coordinated actions for evacuating people and ensuring passport control at the border.”

The participants noted that the necessary limitations on personal meetings this year could not help but affect bilateral cooperation. Nevertheless, both countries managed to preserve the positive dynamics of trade and achieve tangible growth in all areas of interaction.

“The pandemic has challenged economic and trade cooperation between the countries,” Hu Chunhua said. “However, during this difficult time, China and Russia have made progress across all areas of cooperation. A lot of positive changes have taken place since the last time our commission met. Today, we will outline plans for the post-pandemic period and preparations for the 25th meeting of heads of government.”

The participants discussed the current state of affairs and prospects for the strategic projects of Russian-Chinese interaction in nuclear energy, civil aviation, transport infrastructure projects, and interaction in space exploration and tourism.

Dmitry Chernyshenko told his Chinese colleagues that Russia started developing a national project, Tourism and the Hospitality Industry, which will help create a high-quality and diverse tourism product, make this industry more accessible in our country and improve the quality of service.

“We are aware that Chinese tourists visit Russian attractions and resorts and rank number one among non-CIS countries in terms of the number of inbound tourist trips to Russia,” the Deputy Prime Minister said. “We encourage you to consider this opportunity and look forward to seeing Chinese investors, hoteliers and tourism companies participating in this ambitious project.”

During the meeting, its participants emphasised the importance of resuming exhibition and fair activities and discussed the possibility of holding the 7th Russian-Chinese EXPO in Russia next year.

The Deputy Prime Minister encouraged Chinese researchers to participate in the joint development of groundbreaking areas of scientific and technical cooperation, including as part of the Eurasian Economic Union and the Belt and Road Initiative.

Following the meeting, the parties noted progress in many areas of interaction and adopted several agreed-upon decisions, which were included in the minutes.